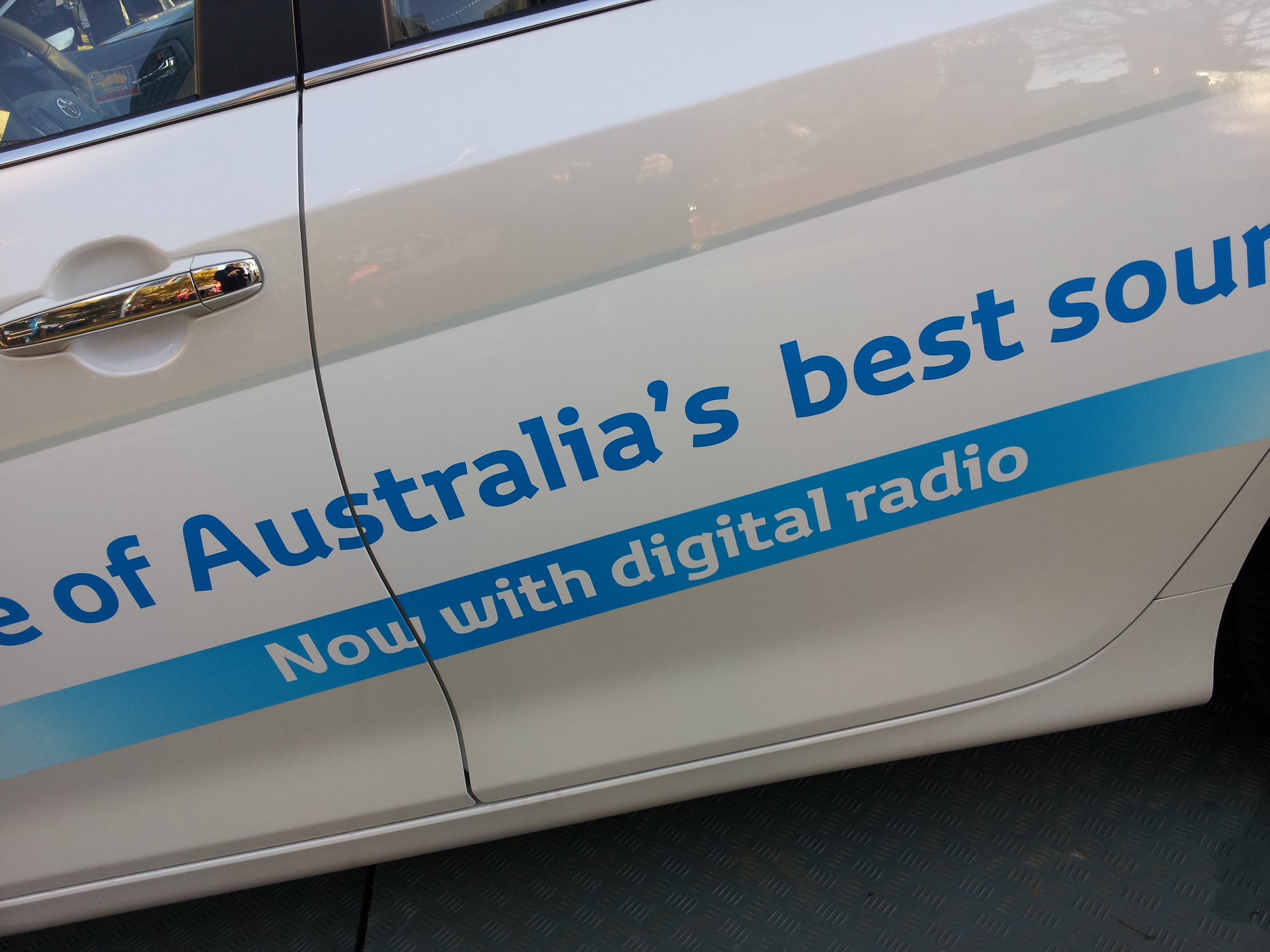 I’m not one for early mornings these days. By nature, I’m a night-owl, as that’s when I find myself my most intellectually active. However. for years and years, working in radio, I needed to be up early, usually by about five or five-thirty am. The transition in the last few years to more “normal hours” has been a welcome change, as I generally now wake up about 7. Sometimes earlier. Sometimes later.

This morning, however, I needed to be up early again, and to be on radio, briefly at 6.40. I was due to chat with Adam Spencer on the third anniversary of digital radio in Australia. My key message was something along these lines… Three years ago very few people had digital radios, they were quite expensive, and they weren’t very mobile. Three years later, about 1.2-1.3 million people listen via digital, they’re generally very affordable, and they’re now becoming available in cars. Three years later there are many more stations available, including some new ABC stations and community radio. Three years later, streaming, including mobile, is now a more viable option for listeners, but data plans, and the lack of ubiquitous wifi means makes it still difficult for many. So the bottom line is analogue (AM/FM), digital, streaming can all work together to serve radio audiences. It doesn’t have to be “one or the other”, as many critics, writers and pundits have suggested.

Despite the early morning, it was a good experience, and it was fun to go along to see so many other people enjoying radio. The star turnout had to be SBS Pop Asia, with their inspired decision to have a visiting pop group. Lots and lots of people turned up, and hopefully will be new listeners for them. Congrats to the peeps at SBS for totally nailing it.