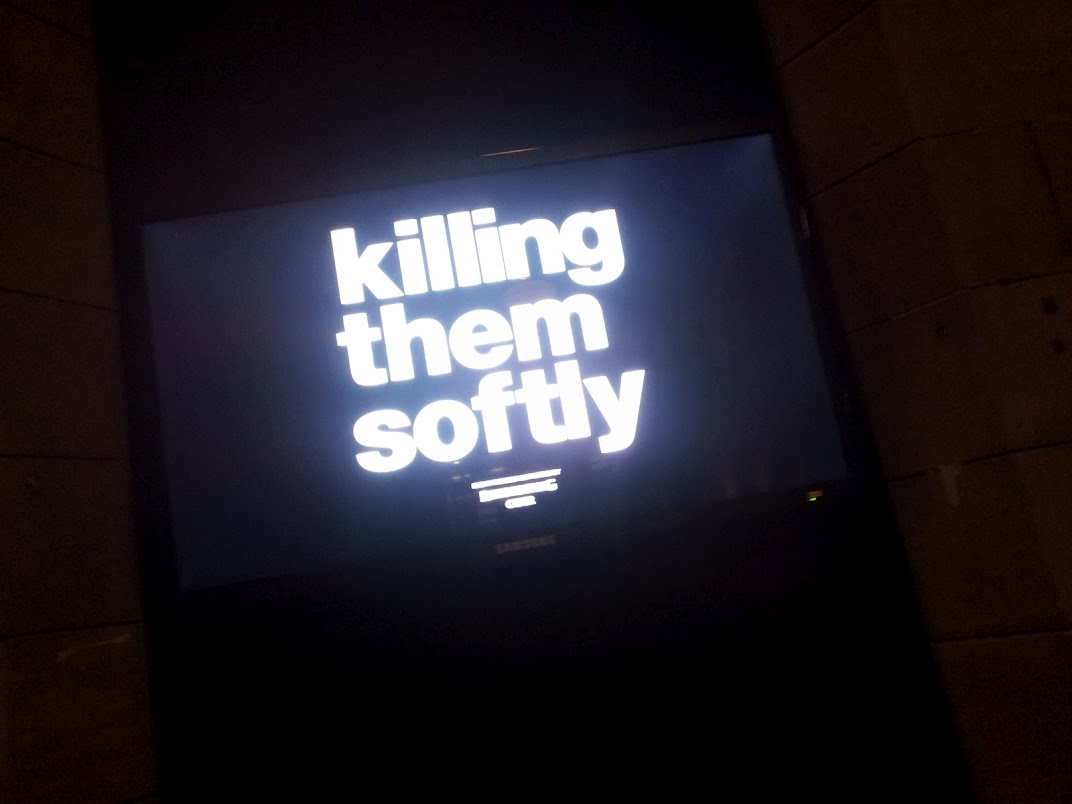 There were three or four occasions in “Killing Them Softly” when I had to turn my head away, due to the violence. I wasn’t the only one, it seems, as I de-briefed with a combination of friends, colleagues and others as we attended the red carpet premiere of the new Brad Pitt film at Dendy Opera Quays.

The first scene that I had to turn my eyes from was a fairly brutal bashing. There were several other scenes were people were shot and killed. There were quite a few occasions when I literally jumped out of my seat.

It’s not a film if, like me, film violence terrifies you. And yet, it’s a film I enjoyed very much.

Without wishing to give too much away, the central plot-line concerns a group of three men who are involved in a crime, and who then become the subjects themselves of a contract killing.

Brad Pitt plays a character who, it seems, has no qualms about killing people for money. “How could someone do that?”, we wondered afterwards, reflecting on the “sheltered lives” we all obviously lead. My conclusion was that someone who did this kind of thing for a living was someone who obviously got off on killing, and for whom the money was an incidental thing. In contrast, another character in the film who is also a contract killer, seems to only do it for the money, as he eases the emotional pain I concluded he must feel, through drugs, alcohol and prostitution.

Speaking of prostitution, I noticed there was only woman in the movie, and her role was that of a prostitute.

Curiously, the film is set against the backdrop of the 2008 US Presidential Election with many scenes from speeches by McCain, Bush Jnr and Obama being an integral part of the film. The political message behind the film is that, due to unbridled capitalism, America has become a place where all kind of unacceptable behaviour, including contract killing have become “acceptable. There’s a scene towards the end of the film where Brad Pitt says this far too explicitly for me and some of the people I de-brief the film with. “Yeah, yeah, I get it, you didn’t have to say it”, was a common reaction. A well-known director who I chatted with described the politics of the film as “undergraduate”.

But I did enjoy the film. The plot-line was compelling, the film was beautifully shot, and the characters were, sadly, very believable.