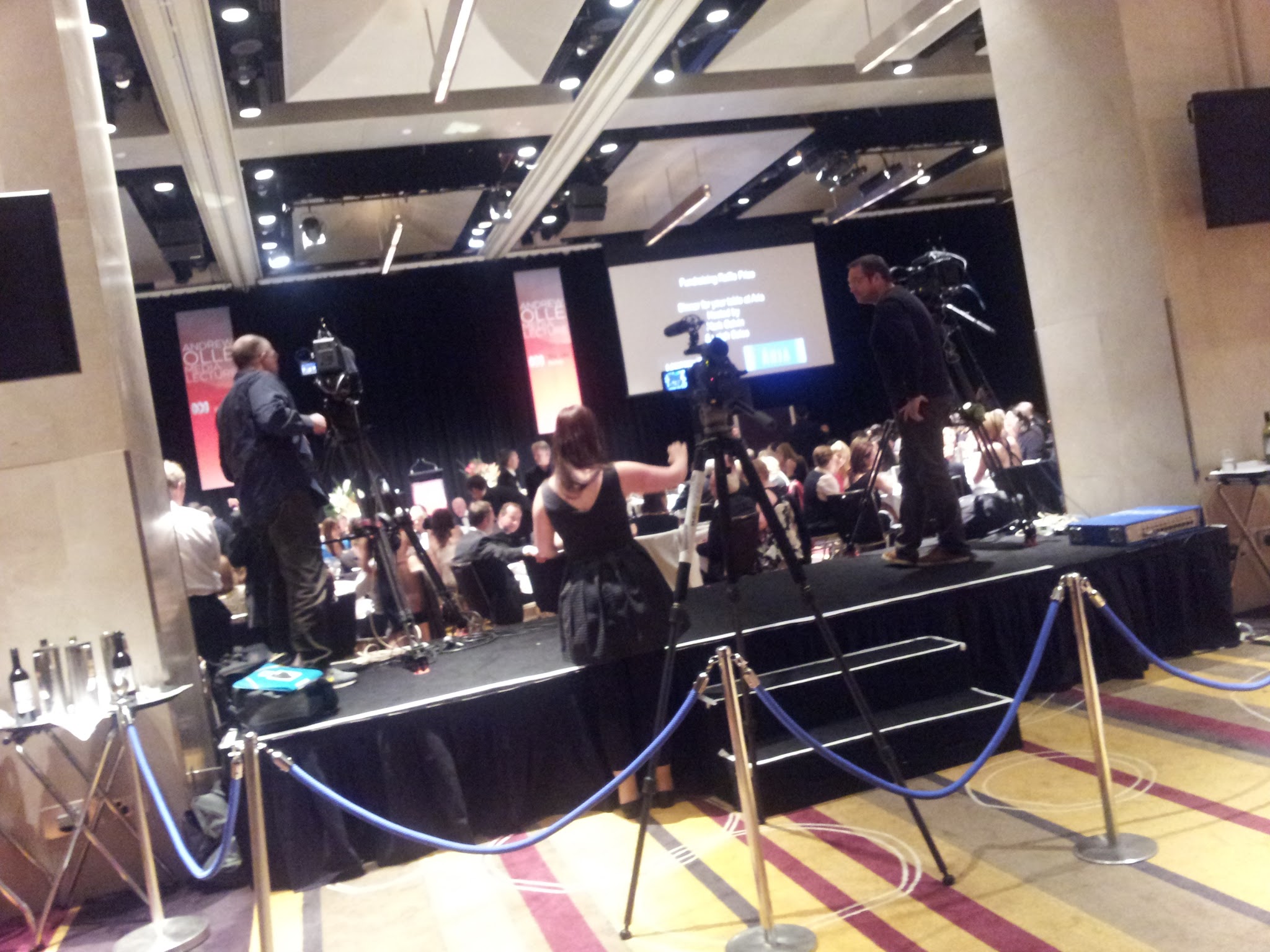 “Andrew was 47 when he died” noted Mark Colvin at this year’s Andrew Olle Media Lecture. At that point I turned to my friend Sue and whispered in her ear, “I turn 47 next Friday”.

A bit like the moon landing, the death of John Lennon and Princess Diana, I remember vividly where I was when Andrew Olle died. I was home in Lismore visiting family. “Did you know him”, my brother-in-law, Jack asked. “Yes, I did”, I told him, though not as closely as many of my colleagues who worked closely and directly with him. Around the time of his death, I was still very much on the fringe, having recently moved to Sydney from Wagga Wagga.

Of course I knew his work as exemplary for anyone working in either radio or television. One of my proudest moments was around the time when Andrew, working on what was then 2BL, “crossed live” to the morning show I was hosting on ABC Radio in Wagga Wagga. It was around the time when our local member, Joe Schipp (also the NSW Housing Minister) was in trouble with his own party for speaking out publicly, critical of then NSW Premier, John Fahey. It was comments Joe Schipp made on my program that led to the front page headline, “Shut Up Joe”. Anyway, Andrew crossed live to my program to gain a sense of the pulse of Wagga Wagga, and it made me immensely proud.

For many years I was involved in the organisation of the Andrew Olle Media Lecture, though now it’s just a pleasant night for me to get dressed, go out, enjoy a night out with colleagues, and listen to an interesting speech. And this year my friend Sue came along as well.

“Do you think any of the young ones know who Andrew Olle was”, she asked me on the weekend. “Probably not” was my reply, though noting you don’t need to have been around and working as a journalist in Andrew’s time to appreciate the ideas and principles behind the lecture.

This year’s lecture was delivered by Mark Colvin who was around when Andrew was broadcasting. In fact, he was a friend of Andrew Olle, and it was lovely to hear him describe their working relationship in these terms…

We were friends from that time on, and we worked together again on Four Corners in the late eighties and early nineties. Andrew was a perfectionist and a stickler for facts. He also had a remarkable journalistic eye. Like every other reporter on the program, I used to write links for him to read before and after the story I’d put together. Andrew would retire to his office and shut his door, and after awhile, like every other reporter on the program, I’d find that he had torn my links apart and come up with something completely different. It would have been annoying, but in almost every case you had to admit that he’d improved on your work. He had a particular talent for finding the one key aspect of the story you hadn’t emphasised enough, and bringing it to light. Andrew was also at the time Australia’s best interviewer.

The speech with littered with references I could strongly relate to, such as Mark’s experience working as a journalist in regional NSW, and reporting on fires around Cobar.

That fire around Cobar burnt out one and a half million hectares. One and a half million.
I remember interviewing people who’d seen rabbits and kangaroos with their fur burning running, panicked, across firebreaks and spreading the blaze to new areas.
I remember seeing the air over and around a stand of trees – not the trees themselves – explode into flame as a spark hit the halo of evaporated eucalyptus oil they were giving off in the heat. I think I was in Cobar for a few days, sleeping on floors and filing around the clock, before the fire was sufficiently under control for Sydney to pull me out.

He also spoke about the legendary “Nagra” tape recorder.

A word about technology: I was carrying a Nagra, a superb Swiss tape recorder we used in those days. Nagras were highly engineered, almost unbreakable – years later I saw one that was still working after being run over outside the Soviet Embassy in Paris by Mikhail Gorbachev’s limousine – but they weighed several kilos and they had to be regularly refilled with a dozen D- Cell batteries at a time. Of course, you also had to remember to take plenty of tapes, usually recycled ones because they were expensive.

“There was a time when it was said women couldn’t be reporters because the Nagra was (apparently) too heavy for them to carry”, I told Sue.

In stark contrast to the days of the Nagra, the tools of the trade these days are more portable and instantaneous. A journalist or reporter should be able to spend less time, these days, dealing with the “difficulties” of field reporting than in the past. There SHOULD be more time for journalism.

Unlike many older journalists who’ve failed to keep up with technology, Mark is a great example of someone who has understood and adapted to the new era of journalism, most notably on Twitter. Like the Nagra of old, Twitter (and other modern technologies) have become the tools of the trade of the modern journalist. And like all tools, they’re only as good as the person using them. The right tools in the right or wrong hands can result in good, bad, or indifferent journalism.

“A bad tradesman always blames his tools”, my brother-in-law Jack (who was a mechanic) told me many years ago. And that’s the thought which came into my head as I listened to Mark speak. Both Mark and Jack are right, you know.

You can read the full speech here.