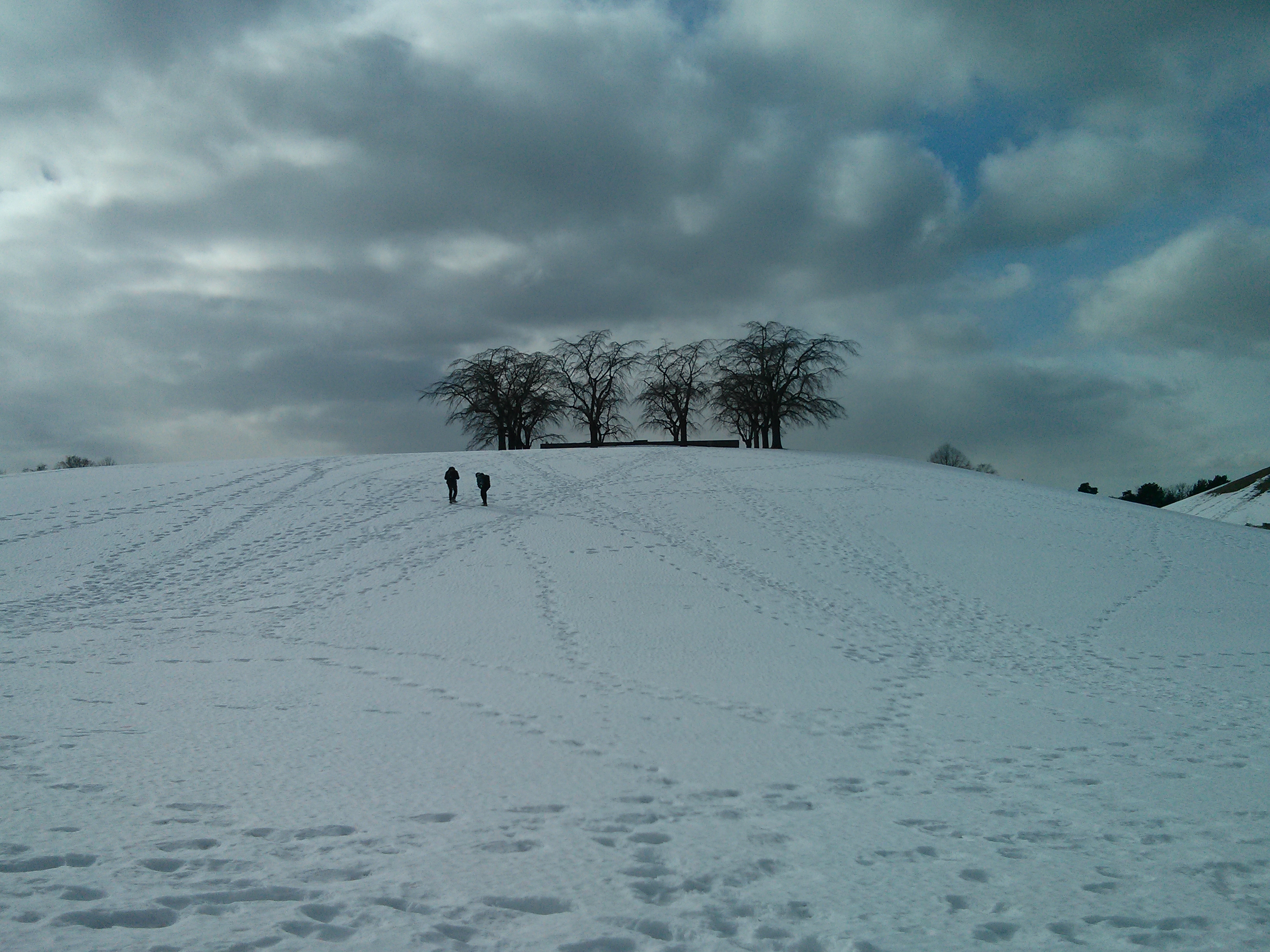 Realising I hadn’t really ventured far from the centre of Stockholm on this trip, I ventured a little further out of the city today, to the Enskededalen district in the south. It was amazing how quickly the snow-free streets of central Stockholm gave way to an area where snow and ice were very much still on the ground, often several feet deep.

I was interested in going back to a place I’d first visited in 2008, called Skogskyrkogården. It’s a world heritage listed woodland cemetery. In the summer when I visited, I thought it was physically beautiful and peaceful. Today, I discovered in the winter it’s equally so, though of course much different when everything is covered in snow.

As the tour guide in 2008 explained, Skogskyrkogården (as a woodland cemetery) is…

…one of the few in the world. The integrity of the landscape has been maintained with few modifications, and by ensuring minor details are in keeping with the major vision. He also explained how the cemetery was designed with increasing secularism in mind, and with a trend away from burials towards cremation. Ninety percent of Swedes are now cremated, we were told. As part of the tour we also got to go inside a number of chapels. “This is very popular with Catholics” our guide said at one point. He didn’t have to tell me , though, as I knew that even before he said it, as it was the only one which was traditionally Christian in any sense. Most of the chapels were entirely functional. And where there was art work, the imagery was fairly general, open to a lot of individual interpretation.

Going back today, I was keen to see the woodland environment covered in snow.

I was surprised by how many people were wandering around today. Many, of course, were there for funerals and to visit the graves of family and friends. At one point I saw a hearse turning up, and a coffin being removed from the back, and my first thought was “how are they going to do a grave with all of the snow around”? I’m sure there’s a way.

Having spent almost all my life in Australia, and mostly in fairly warm climates, there’s still something magical about snow for me. Last night there were some flurries. This morning a car outside still had some snow on the rooftop. Even this morning, there were some light flurries. I’m pretty sure it drives Swedes up the wall, but for me, visiting Sweden at this time of the year, it’s very exciting to see snow, and to walk through it, as I did today at the Woodland Cemetery.

Otherwise, it was a quiet day, going out for a bite to eat for lunch, and then spending the afternoon finalising my presentation for the Radio Days Europe Conference next week in Berlin.