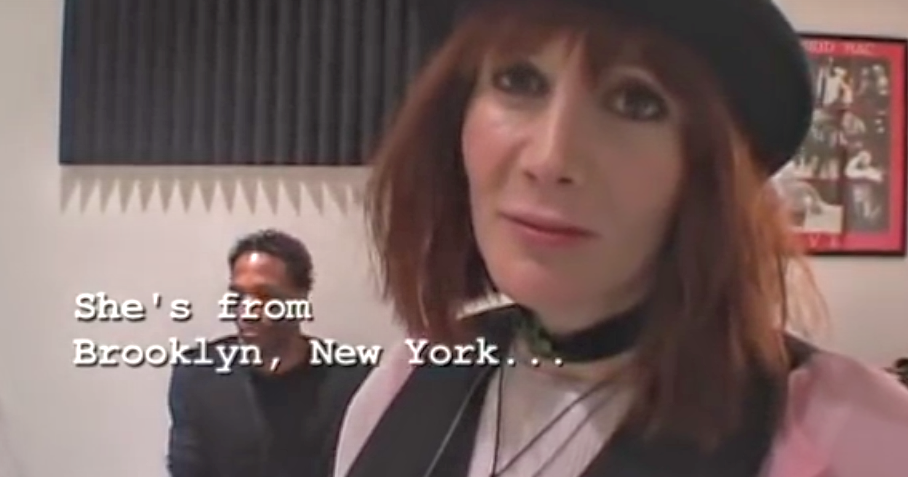 The Cult of JT LeRoy

My friend and I both laughed out loud when we saw Rufus Wainwright appearing on stage reading from one books by J.T. LeRoy. In the documentary, “The Cult of JT LeRoy” (which we saw last night at the “Antenna Documentary Film Festival” in Sydney) we had already seen Sandra Bernhard, Carrie Fisher, Susan Dey (Patridge Family) and many, many other celebrities extol the virtues of the books written by the young author. “Madonna was really into it too”, my friend whispered in my ear. With the value of hindsight it was just so incredibly/typically “Rufus” that he would have been one of the celebrities who got caught up in the “cult”.

Although I don’t remember it myself, there was a time in the late 90s/early 00s, when JT Leroy enjoyed cult status, thanks to books like “Sarah” and “The Heart Is Deceitful Above All Things”. That JT was a teenager who was abandoned by his mother, had led a life of drug addiction and prostitution and was HIV positive, added to the story and made the works seem even more remarkable.

But about a decade ago, it was revealed JT was none of the above, and was actually was a middle-aged woman called, Laura Albert. Over several years, she and her partner (and his sister who played the public role of JT) undertook an elaborate and complex hoax. The hoax had multiple layers, bordering on the obsessive, and was perhaps symptomatic of a deeper issue of multiple-personalities. For example, at one stage, Laura pretended to be Swedish and even “invented” a cancer diagnosis for her “character”. The film also reveals Laura (as JT) spoke to a counsellor about the problems “he” had from “his” life. Remarkably, the counsellor continues to speak to Laura (as Laura) who has her own set of “issues”.

Though all of the story above sounds really complicated, the story is told simply, with a compelling narrative all the way throughout. We both enjoyed it very much. Highly recommended.