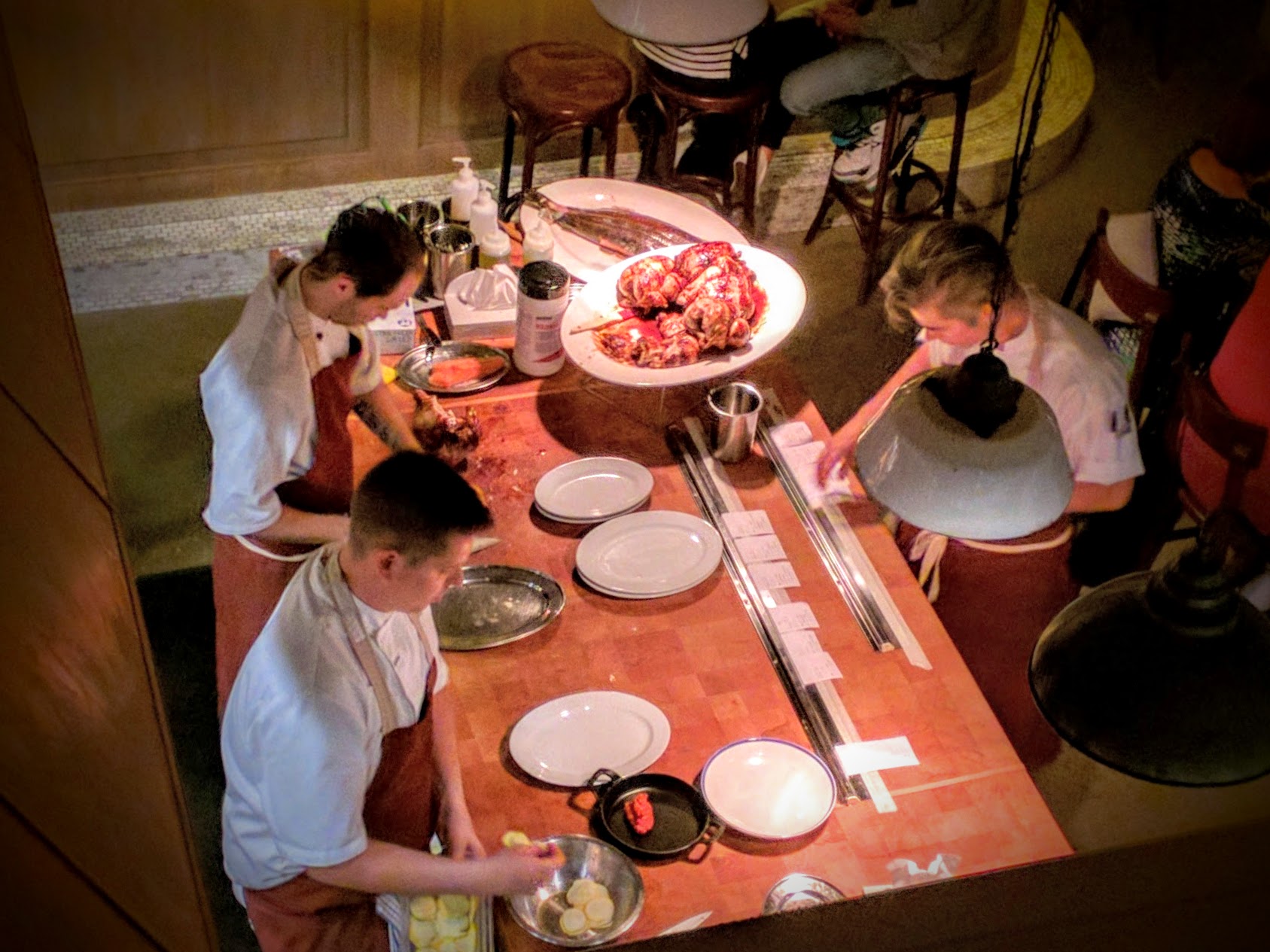 “We were the oldest people there”, I said to my friend as we left The Paddington last night. “No, there were some other oldies there”, she argued. Yes, she was right, but overwhelmingly The Paddington attracted a hip and happening younger crowd. And no wonder, it’s the latest Sydney hotel to be “Hemmesphied”. Justin Hemmes has had a terrific record in transforming bars into terrific new spaces. And it’s my feeling he’s done another great job.

“You really must go”, I told a colleague this morning. “For $50 each, we shared a bottle of wine, a whole chicken, salad and chips. It was delicious, and there was chicken left over”, I added.

We were lucky enough to be given a quieter spot overlooking the main serving area, as it was a reasonably noisy space. In part, because it was so damn busy. It was nine o’clock on a wet Wednesday night in Sydney, and the place was jumping. Highly recommended.