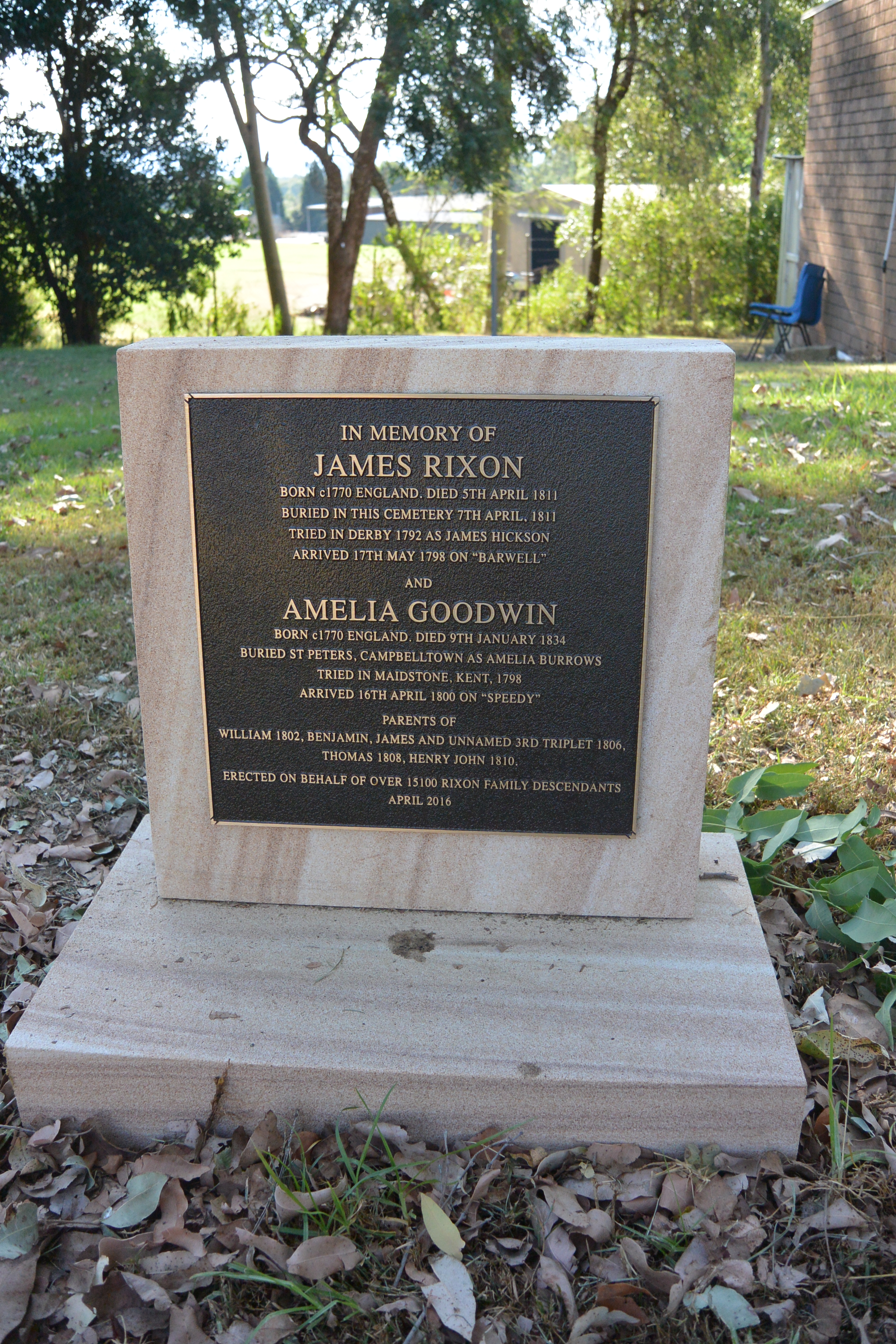 “So you must be James, the blogger?”, I was asked today at the Anglican Church at Windsor. The question took me quite by surprise. Though I’ve been keeping this blog for over a decade, and I’ve met several readers, and I see from the statistics that people DO read what I have to say, it still comes as quite a surprise.

I travelled today to Windsor (on the outskirts of modern-day Sydney) for the unveiling of a plaque which commemorates the lives of some of my convict ancestors, James Rixon and Amelia Goodwin. Both were transported to Australia in the early days of European settlement, having committed what many call “crimes of poverty”.

After some time closer to Circular Quay, they ended up at places like Windsor and Campbelltown in Western Sydney. As I caught the bus and train today, I was trying to imagine what it must have been like for them to have been settled in this area, which is roughly an hour’s drive from the coast, and roughly one hour and forty five minutes by train (there was track work today). Did they walk to get there?

I also thought about their lives as early European settlers, and hoped they weren’t involved in poor treatment of the area’s Indigenous peoples. “I hope they weren’t arseholes to the local Aboriginal population. I hope they were good people”, I said to a couple of people today.

We’ll never know, I guess, since the history of my ancestry in Australia is largely poor, rural, uneducated and illiterate, meaning there’s not a lot of written records. In stark contrast, there was a whole bunch of people (maybe 100) at today’s plaque unveiling who are literate people with a passionate interest in our common ancestry.

It was a lovely day.

Oh and apparently I’m much younger than a few people thought.

For 205 years, James Rixon has been buried in an unmarked grave at Windsor Cemetery in Western Sydney. Thanks to the efforts of some keen historians and descendants, a plaque commemorating their lives was unveiled today. The people doing the unveiling are descendants of the five surviving sons of James Rixon and Amelia Goodwin.