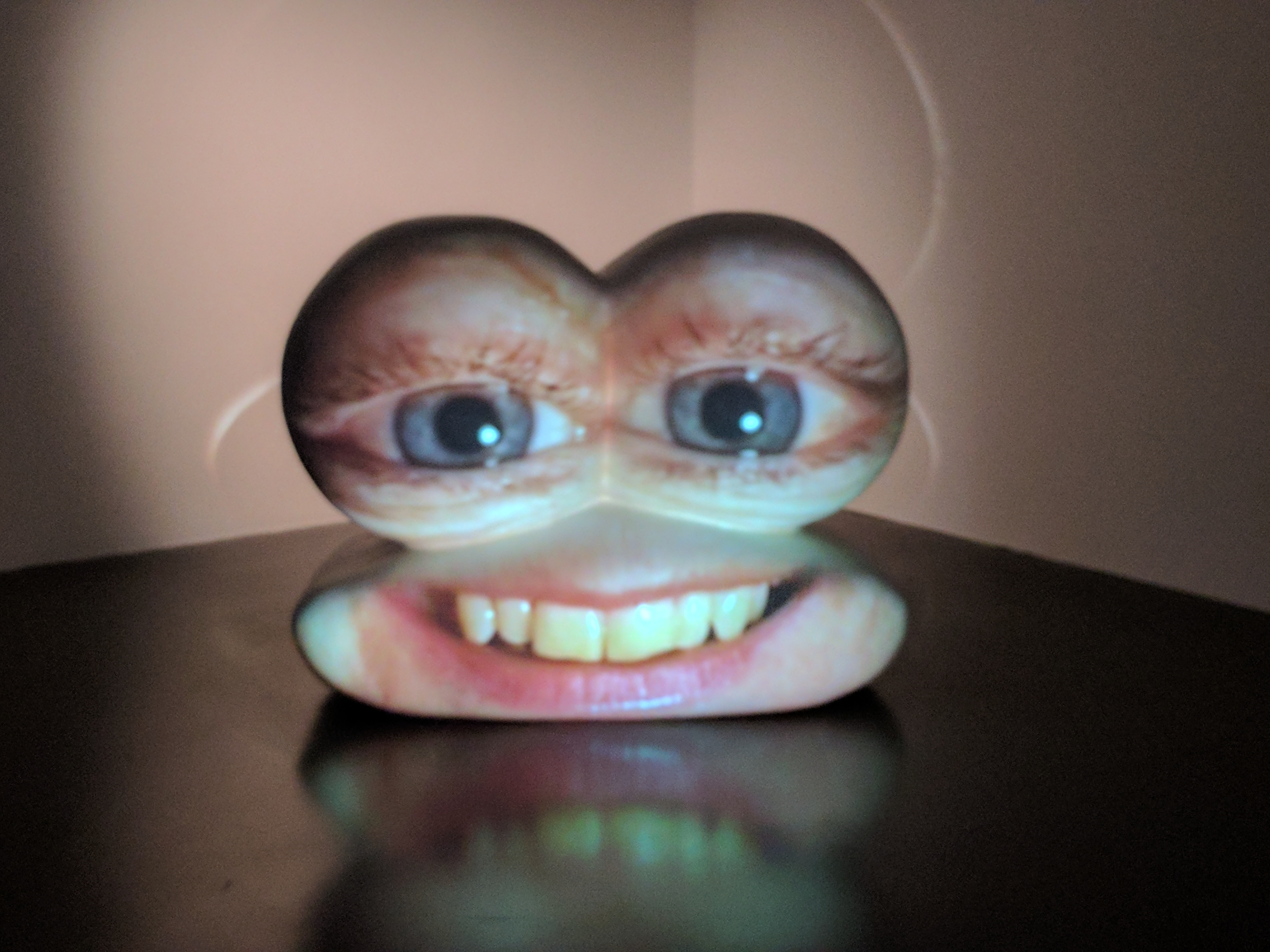 I haven’t visited as many galleries on this trip as I’d planned. Before coming I did a fair bit of research about some of the contemporary galleries of Stockholm, and had copious notes, but really only ended up visiting one. Magasin III is a contemporary art space located in what seem like, largely, an industrial area. If there was one I had to visit, I’m glad it was this one. There are two ehibitions currently. One did little much for me, the other I loved.

Nice work, almost ethereal in it style, but not my cup of tea.

The other one I abolutely loved.

Tony Oursler is one of the key figures in the development of video art; he experimented early on with the moving image that extended beyond the borders of the TV monitor. Since the 1970s, he has related his interest in technology to psychology and supernatural dimensions. He has become known for his mixture of hallucinatory, poetic texts and projections on dolls, creating scenes that are sometimes violent, sometimes humorous.

Conceptually, I have no idea what the exhibition was about, but I was blown away by the craft involved. Clever, visually strong, engaging.