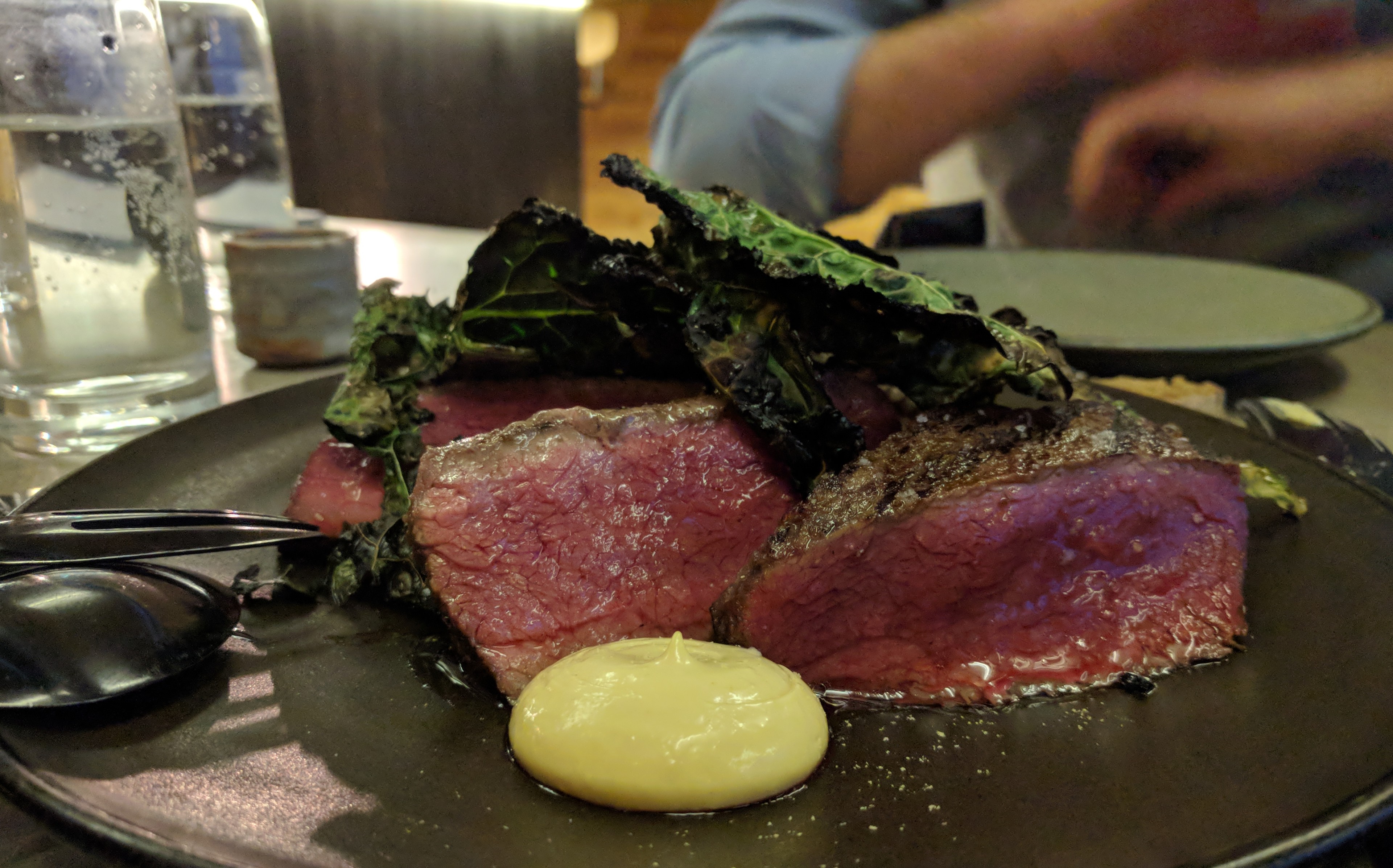 Over dinner, we talked a little about our memories of the lunch we enjoyed at the world-renowned Noma, when it operated briefly in Sydney. With only a limited run in Sydney, it was something we had planned several months for. And even now, eighteen months later, I still remember almost every detail of the experience.

Dining at Aløft in Hobart was probably the first time since then, since the three of us, had enjoyed a “fancy meal” together. A lot has happened since then. Most notably, Damien and Kristen are now living in Hobart. And so when I told them I was coming down here, they immediately suggested dining at a restaurant they had been keen to try but hadn’t gotten around to.

With spectacular views overlooking the water, the restaurant also enjoys terrific service (like genuinely good service that was neither too attentive, not too distant, with waiters and sommeliers who seemed to genuinely know what they were talking about), as well as genuinely very good, flavorsome, interesting food.

The only thing we didn’t really enjoy was the fried chicken, and that was only because it was messy/difficult to eat. Along the way, we enjoyed some cocktails, some sake, and a terrific “orange wine” from France. The degustation cost $75 per head.