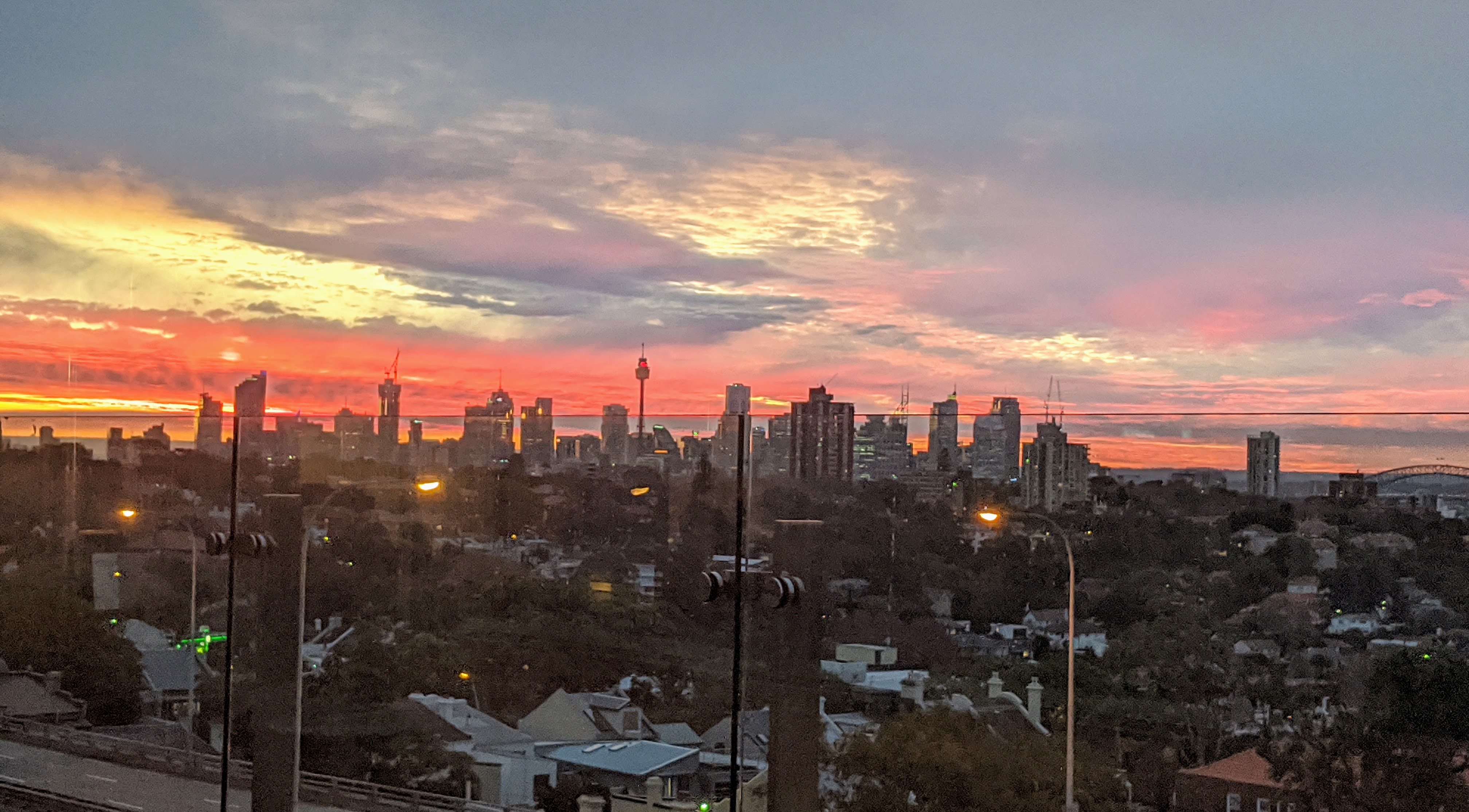 I sneaked a quick peak through the window of my local pub. The chairs and tables were stacked up, and it was just as it was left back in March.

I’ll call in to the pub a few times every week, generally during the 4-7 “Happy Hour” for a $5 beer and a chat with whoever is around. One bloke I chat to is there most days, drinking beer and playing Keno. Another is an Irish-born “tradie”.

I sent my “tradie” mate a text message this afternoon, telling him the news pubs would be re-opening in New South Wales on June 1st, though it’s only fifty people at a time. He replied instantly:

First up best dressed isn’t that what they say . A long time coming first few weeks ok but lately been stressed A bit . Need to sit back pint in hand 🍺🍺🍺

We’re catching up for a beer (or twelve) on Monday after work.

It’ll be nice to go out and be a little bit “social” again.

I had a friend for dinner last week, which was good. “Is it okay if I come over?”, she asked in a text. “Of course”, I can’t wit to see you. And in the last few weeks I’ve been involved in quite a few social video conference calls, including a fancy dress trivia night. I’ve also been on some walks with friends.

After a few months of working from home, I’ve settled into a nice routine. One of the things I’m enjoying most is the combination of making a nice lunch and having left-overs for dinner. I’m also making my own coffee (instead of going to the coffee shop), and the bathroom tiles have never been as clean as they are right now.

Though at first I was a little worried about the disruption to my sleep pattern, I’m also now quite happy with how that’s settled down.

Generally speaking, I still wake up around 5.30 or 6.00am. But instead of faffing around for a couple of hours before going to work, I’m doing a couple of hours of work straight away. Having started work early, I’m actually finding both the motivation and time for a half-hour siesta (something I could never do at work), which has allowed me to return to my job feeling refreshed. I’m getting heaps of work done, as the phone doesn’t ring as much as when I’m in the office, and meetings have generally been shorter than normal, as people turn up right on time, and when it’s over, it’s over.

As you may have read, many people have reported having vivid dreams over the last few months. I had one last night which was truly bizarre. I was at a pub in Darwin hosting a radio outside broadcast based around the fact it’s almost seventy-five years since the end of World War II in the Pacific. Darwin, of course, was bombed. Special guest for the broadcast was Bette Midler, who I spoke to via Skype. Throughout the course of the broadcast we followed her career path, which I enacted through a choreographed dance routine, culminating with her version of the World War II hit song, “The Boogie Woogie Bugle Boy”. Yes, these are strange times.