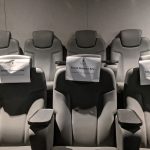 Back to the movies

As I watched “The Booksellers” (the first movie I’ve seen in several months at a cinema, due to COVID-19), I thought about some of the most memorable experiences of my life spent in bookstores.

As a teenager, I remember visiting the Angus & Robertson store at the Lismore Shopping Square. In particular, I remember purchasing a copy of the Edmund White book, “A Boy’s Own Story”. As a fifteen year old (or thereabouts) in the early 80s, it was a “brave thing” to purchase a “gay book”. But I vividly remember one of the shop assistants (a few years older than me, and at another high school) affirming my purchase (“It’s a really good book”, he assured me with a smile). Many years later I met Edmund White and told him about the significance of his book and that purchase.

Ten years later, and living in Sydney, I remember visiting the Ariel bookstore in Paddington and purchasing Timothy Conigrave’s, “Holding The Man”. Once again, for the story it told, it was a life-changing purchase. However, one of the things I remember most was that I bought it about ten o’clock at night (or thereabouts) which was a mind-blowing experience for this boy from the country to be able to go into a bookshop, make a late-night-purchase, and then read it until almost dawn.

There have been many other wonderful experiences along the way in bookstores, including visiting the somewhat shambolic “Goulds” in Newtown for the first time; and attending a recording of “The Moth” at “The Housing Works Bookstore”. Though I mostly make electronic book purchases these days, I still love bookstores, and visit them regularly, mostly for “discovery”.

But when your mind wanders during a movie, that’s not a good sign. As much as I love bookstores, I found it difficult to engage with “The Booksellers”. The movie focuses on a dozen or more people in New York who buy and sell rare books. Some of them do it as part of a passion for books; others do it for more financial reasons.

The other film I went to see this week was called “Bellbird”. For anyone of a certain age in Australia, of course there was the iconic ABC-TV soap opera of the 1960s / 1970s set in a small country community. Watching “Bellbird” was a nightly (and then later weekly) ritual in our house.