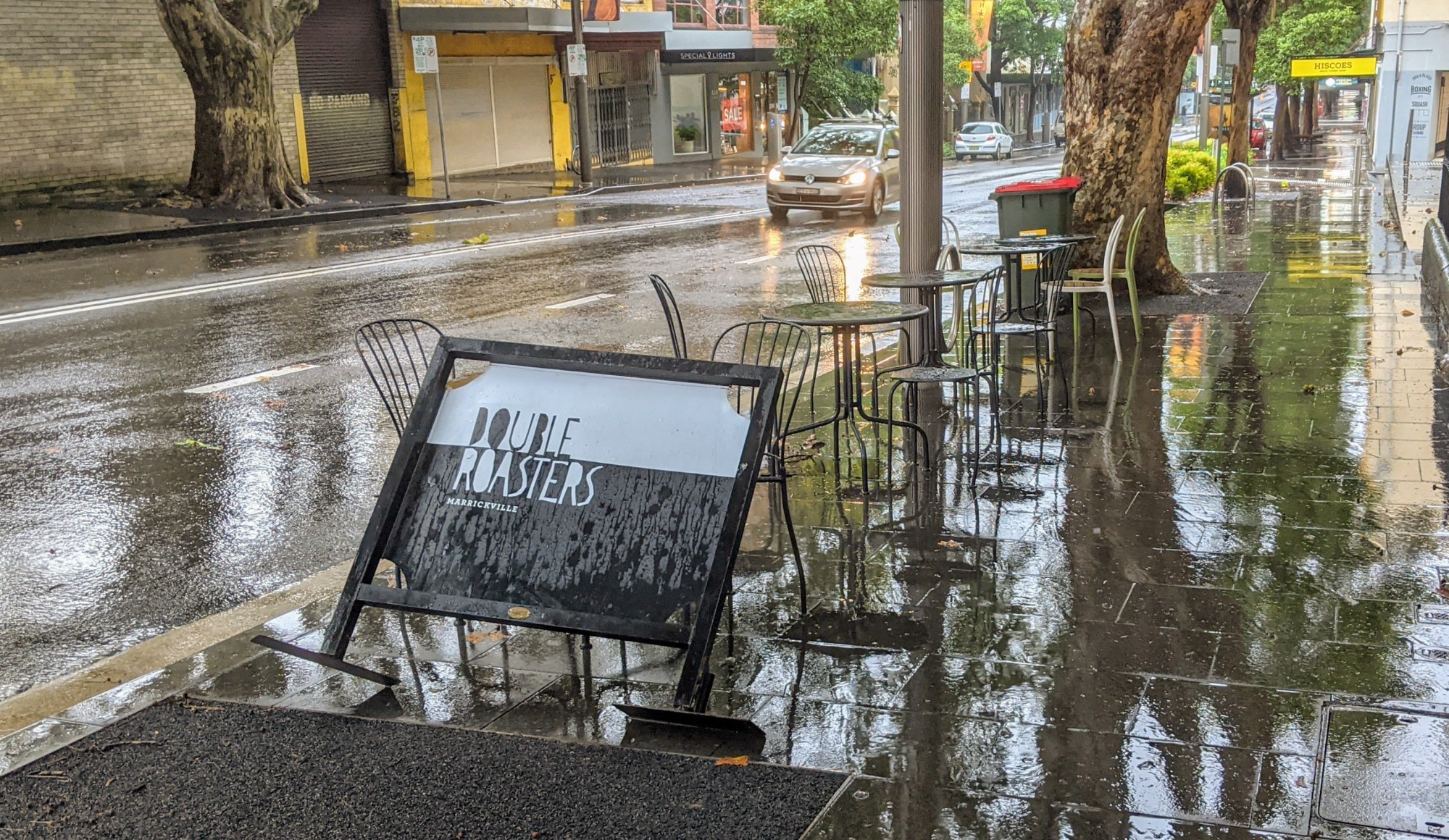 The owners of a nearby cafe are clearlv expecting a change in the weather today. Though I’ve lost count of the number of days of rain we’ve had, they were obviously feeling optimistic when they put their furniture out this morning.

The rain has caused a lot of devastation over the last few days. This tweet by a friend was very upsetting, to see the owners of a house being washed down the river, on the day they were to be married.

Whenever there’s flooding in Sydney, I get worried phone calls from my family. I have to remind them I live in Surry HILLS now, not South Lismore. As much as I’m a proud “Southie” my retirement plans don’t include living there.

Despite the rain, I went into town this morning to do some grocery shopping. Since the closure of our local supermarket, I haven’t quite settled into a new routine about where to shop. I still prefer to shop early in the morning, or later in the evening, as the supermarkets are generally a lot quieter. This morning I travelled by light trail to the Woolworths on George Street.

There weren’t many people on the tram. And without wishing to generalise about people based on their appearance, I’d say many of those on the light rail were people who would ordinarily “sleep rough”. And why wouldn’t they, in this weather?

There’s been a signficant decrease in the visible number of people sleeping rough in Sydney in the last year. One of the positive things about the pandemic has been a response by the authorities to find accommodation for people. Hopefully this will become the “new normal’, and people won’t be thrown out once the pandemic “ends”.

For me, the anniversary passed this week of working from home. There’s still no word of a “return to work” in the short-term at least. There was another case in Sydney this week of someone diagnosed with COVID-19. A security guard at one of the isolation hospitals. And this morning on the radio there was talk of a “third wave” in Europe.