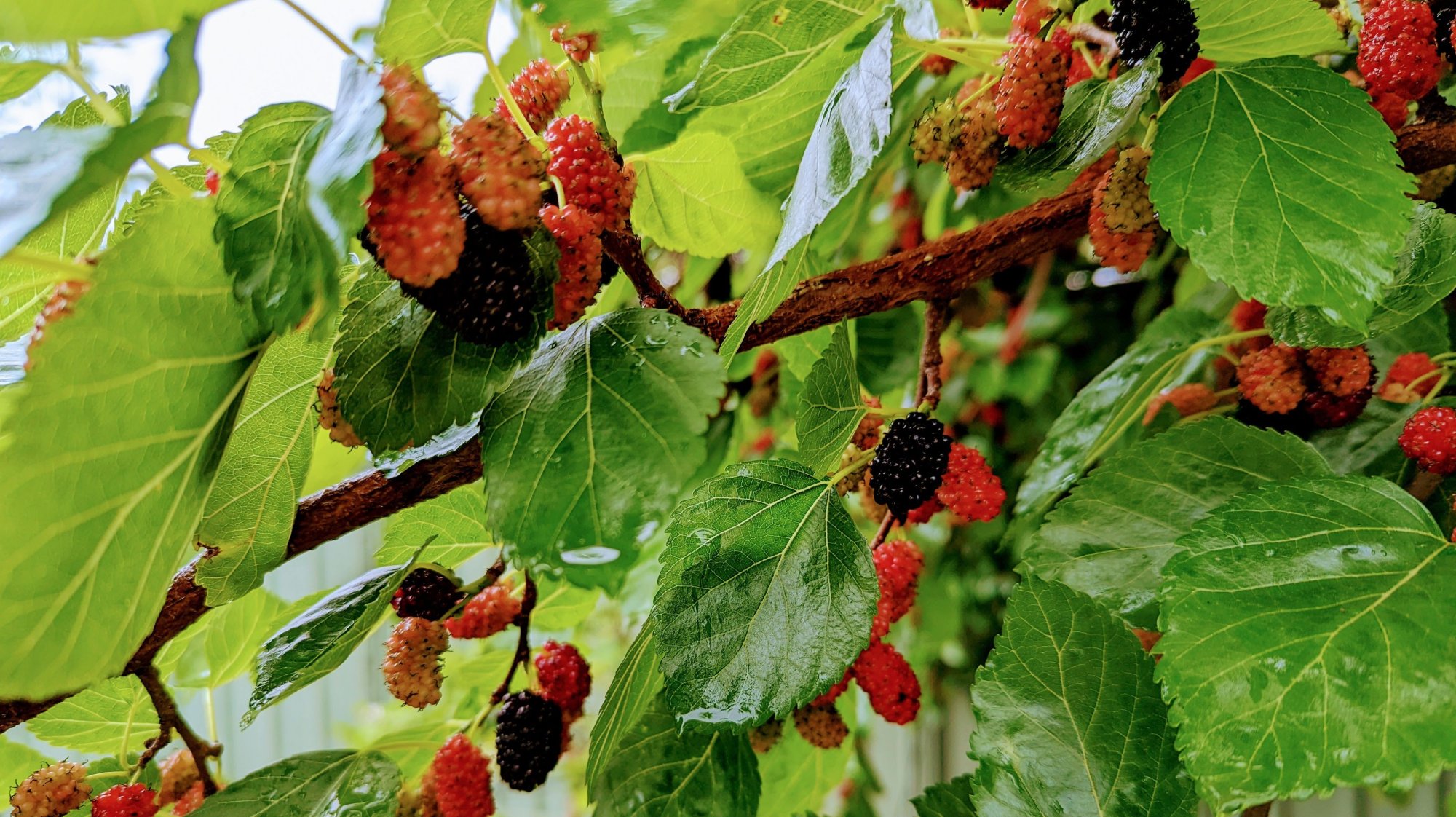 As a child, we had a mulberry tree in the backyard. It was not as good as the mulberry tree that Aunty Joanie had, though. Her tree was always full of large plentiful berries, whereas ours were never as good. Ours were more sour, and smaller. Or at least that’s how I remember them fifty years later.

On top of that, mum hated the mulberry tree because it would inevitably lead to stained clothing. As with mangos, mulberries were things you were allowed to eat on the back steps, but never inside the house.

And so it was with delight on my recent trip to Wagga to discover my friend Sue has a mulberry tree in her backyard. And it was FULL of mulberries.

“I’ve picked all the ones I can reach”, she said one day, pointing to the many mulberries on the three or four-metre tall tree she couldn’t reach. Below her, on the ground there were many other berries that had fallen from on high.

In the time I was there we enjoyed mulberry jam and mulberry pie, and there were also times when I just grabbed a handful and ate them as a snack.

She also has a cherry tree that was almost ready for harvest. Sadly, a bunch of visiting fruit-bats made their way to the tree one night while I was there, and removed virtually all of them. Thankfully, they weren’t fans of mulberries. More fool them.