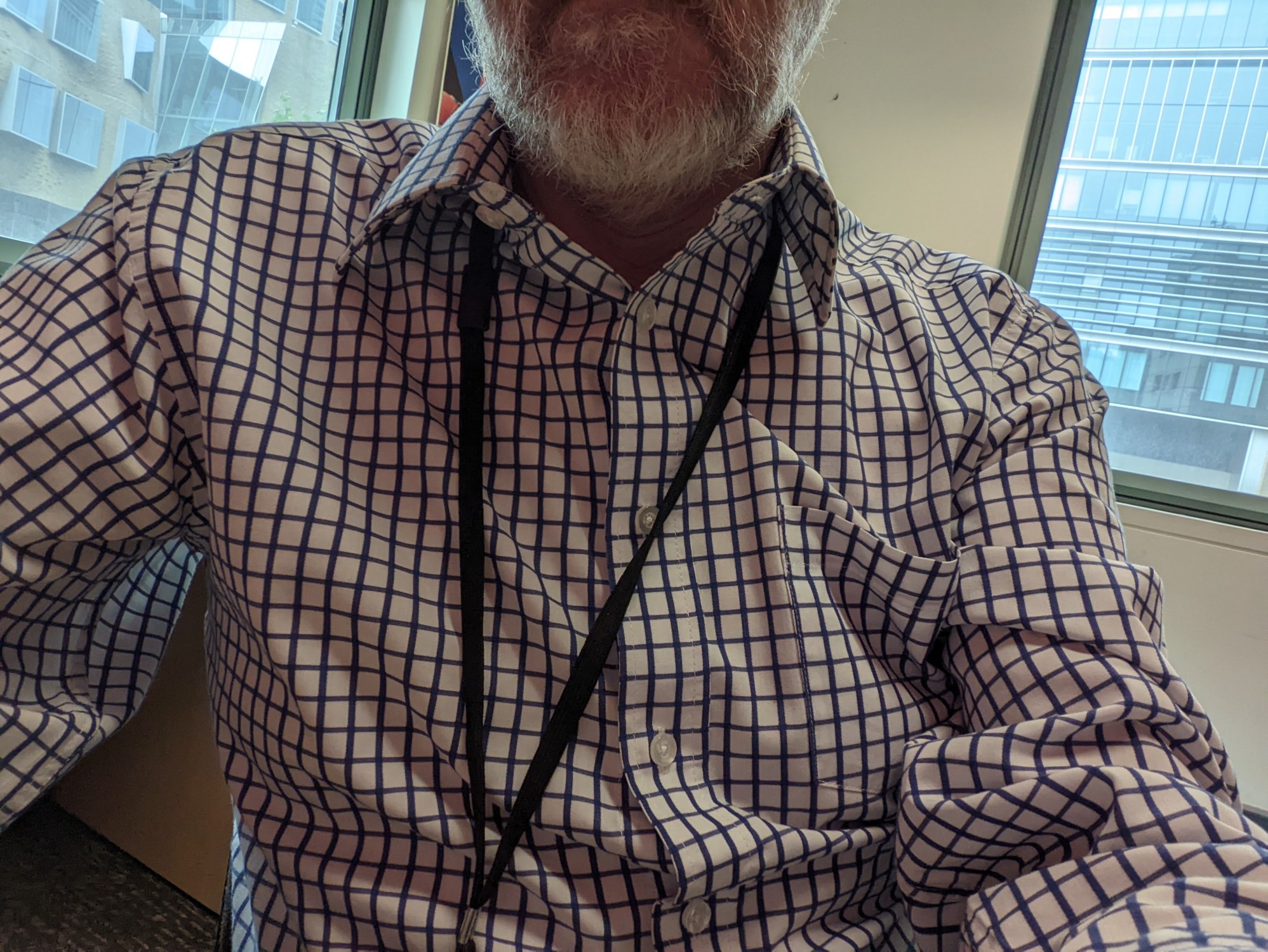 “What’s it like being back in the office?”, my friend asked me at the pub this afternoon. “It’s exhausting”, I told him. He looked at me a little sceptically. He’s a tradie and, aside from a few weeks in lockdown, has been working all the way through COVID.

I’m well aware of the privilege I’ve enjoyed, having a job where I could work from home, and not being in the position of a number of people I know, of being out of work, thanks to the pandemic

Aside from a few days here and there, I’ve been working from home since March 2020, and I have the shirts to prove it.

As usual, on the weekend before the big lockdown, I dropped some shirts into the dry-cleaner. By the time the lockdown started, I’d only worn one of the freshly ironed shirts. Four of those five ironed shirts have stayed in the wardrobe ever since. But on Monday, I pulled one out, along with a suit I haven’t worn in ages, either.

I’m back in the office full-time for the next month or so. I’m back doing my “old job” at ABC Radio Sydney, filling in between when the previous manager finished, and a new manager starts.

At today’s staff meeting I mentioned that in the 10 or more years between when I last worked there, and now, one thing had remained consistent: “The kitchen is still a mess!” Everyone laughed, and then someone on the Teams call put me on “mute”. We all laughed even harder. Later in the day I acknowledged someone had done the washing up!

Despite previous comments from some well-known politicians that we have spent lockdown “under the doona”, I’ve been working very hard. In fact, I’d say I’ve put in more hours and have been more productive than when I was previously in the office. I think it’s because the lines between work and home have blurred. I wake up in the morning, have some breakfast, and then I’m at work. It’s also been pretty easy to do work at home at night.

Going back into the office means a greater formality. You get up in the morning, you get dressed more formally (no trackie dacks in the office), and then you make your way into work, grabbing a coffee on the way.

And then you login to your computer, chat with a few people about what they’re doing and do the daily 15-minute more formal catch-up on plans for the day,

Then, you need to think about some lunch which usually involves an excursion out of the building. Along the way, people want to discuss things face to face with you. And then it’s 45 minutes or so getting home again.

I don’t want to call it “wasted time”, but there’s certainly a lot of time back in my day when I could have otherwise set aside for other things.

Like, going to the pub, and catching up with my mate. And today is when I mentioned this to him, and also the “emotional energy” involved in chatting to people throughout the day. By nature, I’m quite introspective, and I have really enjoyed the solitariness of working from home. It can be exhausting.

On a very positive note, it’s nice to be able to see people face to face again, instead of at the end of a computer screen.