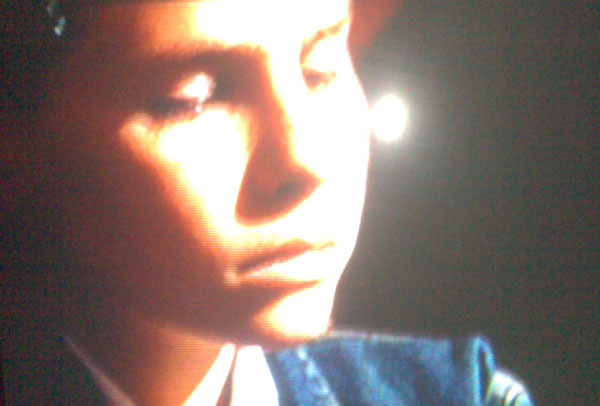 I’ve spent a couple of hours this afternoon watching “Hamish MacBeth”, the wonderful BBC series of about ten years ago about the police officer in a small Scottish village, Loch Dubh. I really loved the show, and for a while had a brief crush on Robert Carlyle in the lead role.

In contrast with films like “Trainspotting” and “Sixteen Years of Alchol”, “Hamish MacBeth” presented what I believe was a fairly romantic notion of Scotland, although I’ve never been to Scotland, so I can’t be sure. While “Trainspotting” offered an insight into the impact of heroin on a small group of people in Glasgow, the impact of the far more common drug, alcohol, is examined in “Sixteen Years Of Alcohol”, which I’ve just finished watching on “World Movies” on Foxtel.

There are other similarities with “Trainspotting”, especially the disenfranchised feelings of the main characters and the violence. Early in the film, for example, the lead character, Frankie bashes up a man, seemingly, without any provocation, and is seen later, jumping with joy, walking with with friends down the street. Minutes later, a man perceived to be gay has a knife thrust down his throat, with his attacker telling him to “suck on this”.

As this film is set in Scotland, is it more than a co-incidence the Celtic peoples are thought to have an alcohol problem? It would be simplistic, however, to see members of the Celtic races as the only ones with alcohol problems. The Swedes do, too. Perhaps it’s more than a co-incidence, then, that this film also begins with an exploration of a childhood shortened or gone wrong, as do many Swedish films, most famously “My Life As A Dog”. As with the Swedes, this film locates the source of the lead characters problems with alcohol and violence in his childhood.

The sadness of the people in this film is also expressed in the music, ranging from the traditional music, to the more recent popularity of the tragic fringe of American country music. I love the way the musical accompaniment to this film – in a minor key – and the heart-felt versions of country music songs “He’ll Have To Go” and “One Day At A Time”.

But there’s room for optimism, with Frankie believing that whenever something very bad in your life is about to occur, a guardian angel looks intervenes, something I think I agree with. “Inside all of us is something beautiful, something that wants to say hello to the world, we only want the world to smile back”, he declares.

The possibility of love helps to change his direction in life, but so does the self-realisation that comes with adult-hood, and that life is ultimately about love and connection, and the recognition that “somebody out there will always remember…” For all of those reasons, you’ve got to change, and “it’s up to you”, not others.