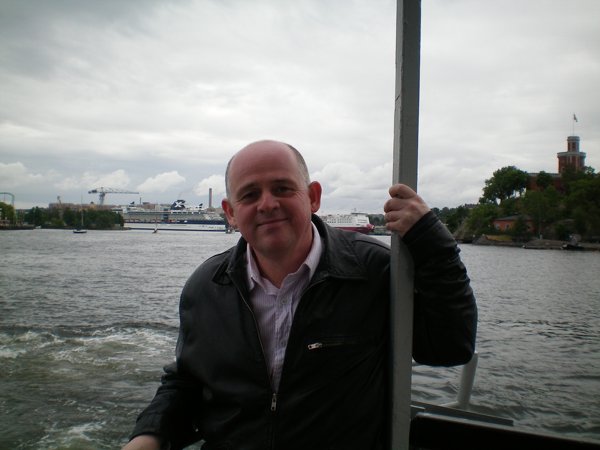 When I got back to the hostel tonight at about 7.30, I thought for a while I might have wasted the day. I spent the day at the media conference I’d planned to attend, and to be frank, I found it a little boring, and not really at the level of research and debate I’d hoped. But I stuck with it throughout the day, hoping I wasn’t misjudging the situation. In fact I was there until about 7.00pm.

I mean, there were some interesting bits. There was a nice Swedish bloke who spoke about the design and construction of Swedish university websites, arguing they’ve developed from the bottom up, and because there has been little interest from higher levels of the university, have lacked a clear long-term vision, with all of the associated problems.

A woman from Singapore spoke about how digitisation of the television newsroom helped overcome a uniquely local situation: the language hierarchy that put editing English and Chinese language programs ahead of other local languages.

Closeby in Hong Kong, a woman called Jasmine spoke about the overwhelmingly positive attitude of local journalists towards new technology. Even though it’s led to more instantaneous deadlines, there was a feeling she said, the technological improvements had freed them from many parts of their jobs, allowing to do better reporting. When I asked her about the role of Hong Kong journalists as a means of obtaining an insight into broader Chinese issues, she spoke with some optimism. “Officially”, she said, “all Hong Kong journalists need to be obtain permission to go into China, but unofficially most don’t bother. And small digital cameras have allowed them to do this much more easily”. When further prompted a colleague of hers reminded everyone it’s one country, two systems adding “capitalism and individualism is very much alive in Hong Kong”.

I also chatted briefly with a bloke who is a DJ at RixFM, one of the local music stations here. He presented a paper about the changing role of music radio. He spoke about the role of online music research as a means of building brand affinity, and of the capacity for radio station websites to offer listeners the capacity to listen to the station, but to have a more individual experience, ala lastfm. He also spoke about the new possibilities associated with mobile phones and gps to allow further mobile phone integration, allowing for better audience research.

There was a woman from Norway who spoke about a feature film made many years ago in Zimbabwe called “Flame” which is still doing the rounds of the film festival circuit. The film is about a female freedom fighter in the days towards independence, and I think I would really like to see the movie.

And memorably, there was a young woman from South Korea who spoke about her research examining the responses of university students to a number of gay-themed movies including Philadelphia and a Korean-film, “No Regrets”. With a degree of ethnocentrism and misogynism, I’d argue, her methodology was attacked because a couple of the Euro-queers didn’t like the results. “Why didn’t you use Brokeback Mountain”, one of them asked, without having any knowledge of the film “No Regrets” which also sounds like it might be a very lovely film.

Anyway, that was about the moment I decided this holiday was too important to spend in a lecture theatre listening to half-baked attempts at under-graduate or honours level (at best) critical debate. So I looked through the program, noticed there was nothing earth-shattering for the next few days, and decided to call it quits. I mean, the people attending have been fascinating people from all parts of the world, but that’s just not enough for me, I don’t think.

I came home, had a little lie down, and for a while was feeling like I had wasted an otherwise beautiful day.

But I picked myself up, dusted myself off, and started all over again, heading into Gamla Stan for a drink at Torget.

Clearly, my face has become a little better known to the barman as someone other than a one-day-in-Stockholm tourist, as he accepted and responded to my order in Swedish, not English. In fact, that’s starting to happen a lot more. While at the start, most people in shops were responding to my Swedish with English, the majority have now begun to respond in Swedish. Or maybe it’s because I’m not American, as I can tell you, the city continues to be full of people from the United States.

And also very nicely, a bloke sitting near me leaned over and said hello, which was nice.

He’s been in Sweden for about twelve months now, though is originally from South America. He also clearly has a strong interest in many of the things I do, including language, food, wine and travel. So we ended up sharing a few beers and chatting about many of these common interests.

Sure there were times when we failed to understand each other in English, but it was such a nice thing to happen, to find someone in Stockholm for a really good, lengthy chat.

He also gave me a few tips about the difference between written and spoken Swedish.

At the conference yesterday, someone said she thought they were like “chilled out Germans”. I laughed. My response (with about thirty seconds of thought) to his question was “They’re a little bit shy, aren’t they?”, adding that I couldn’t possibly begin to understand nor comment on the nature of the Swedish character after just two weeks.

Anyway, it was a great night which helped recover what could have been a wasted day.