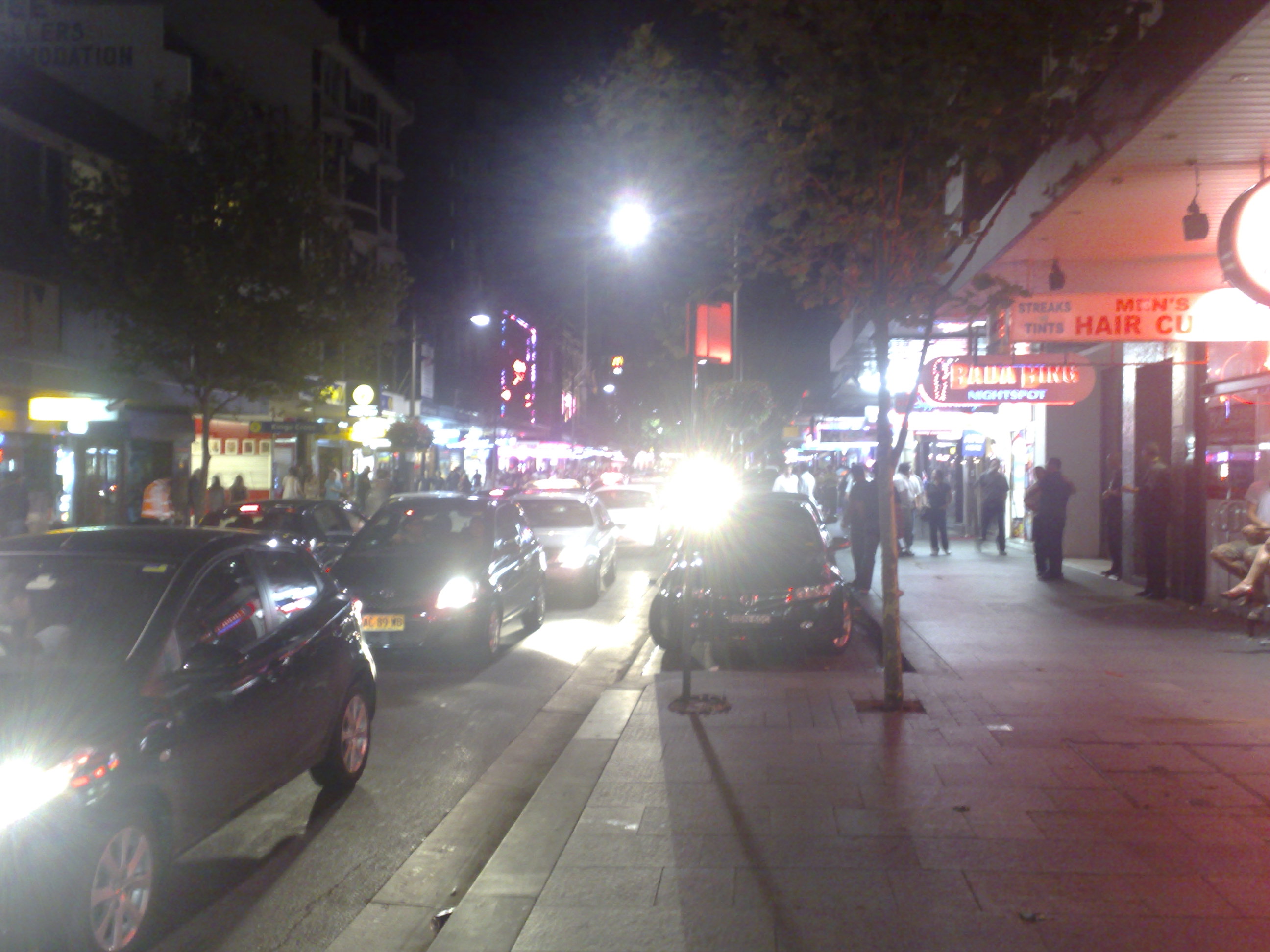 “He was SO trying to pick you up”, my two friends declared emphatically over a bottle of wine tonight.

We had just been discussing the pros and cons of Ian Thorpe and how WE thought he should have addressed this week’s media speculation about his sexuality.

My general feeling is that most Australians now believe Ian Thorpe is gay, and would like him to come out and say it, before it all gets a bit “Liberace”.

My feeling is that most Australians saw the paper on Wednesday, smiled in recognition, and said to themselves…. “Good on ya Thorpie, I’m glad you’ve found happiness. I hope you live happily ever after.”

From my own perspective, I added the thought bubble…. “Can I have one from Brazil too please?”

Anyway, you get a general sense of the conversation.

And then I spotted out of the corner of my eye someone I used to know from work.

I’m not very good at these things, and so was incredibly unaware that he was apparently “hitting on me” in a major way, as my friends later told me, as I obviously failed to recognise the signs.

I was attending, by the way, the inaugural 2009 meeting of the “Boozehounds”.

This is the rather silly name we’ve given our small group of friends to describe when we catch up for dinner and drinks.

We met after work tonight at Cafe Sopra at Fratelli Fresh on Macleay Street.

I had the sardines, while the others had pasta variations. The food was excellent, by the way, and I “cleaned the plate” to within an inch of its life. Very tasty. And the staff were just lovely also. Really friendly. Attentive when they needed to be, but not always in your face. And the prices were good. I would highly recommend it.

And from there, we wandered down the street to another bar – The Sugar Mill – where we shared a bottle of wine (or two), before finally ending up at The Gazebo.

Although much food and wine were consumed, we kept ourselves nice which is a good thing too. Although the others stayed out a bit longer, and went to The Bourbon for a bit of a dance, I maintained some of my new found maturity and decided to head home while it was still reasonably early.

As I looked for a taxi to head home, and as I wandered around The Cross, I noticed the place had “cleaned itself up a bit”.

There was still a lot of prostitution (in fact, possibly more prostitution than I’d remembered and they still can’t recognise a poof when they see one), but there didn’t seem to be as much of a drug problem as there was the last time I’d visited the area six months ago. Or maybe I was just there at the right/wrong time of the night?

Either way, it’s made me feel a little more comfortable and happy about socialising in the area. And there seemed be a lot of new restaurants and bars which seemed quite salubrious. It wasn’t too bad. In fact, it was pretty good.

Collectively we had only one regret about the night. We had all forgotten to set agenda items and take minutes for the First Boozehounds Meeting of 2009. Thus, I think we need to organise another one shortly to settle a number of outstanding business items.

(To my fellow Boozehounds I would like to suggest Agenda Item #1 for our next meeting. A thorough discussion of the warning signs that someone is hitting on you.)