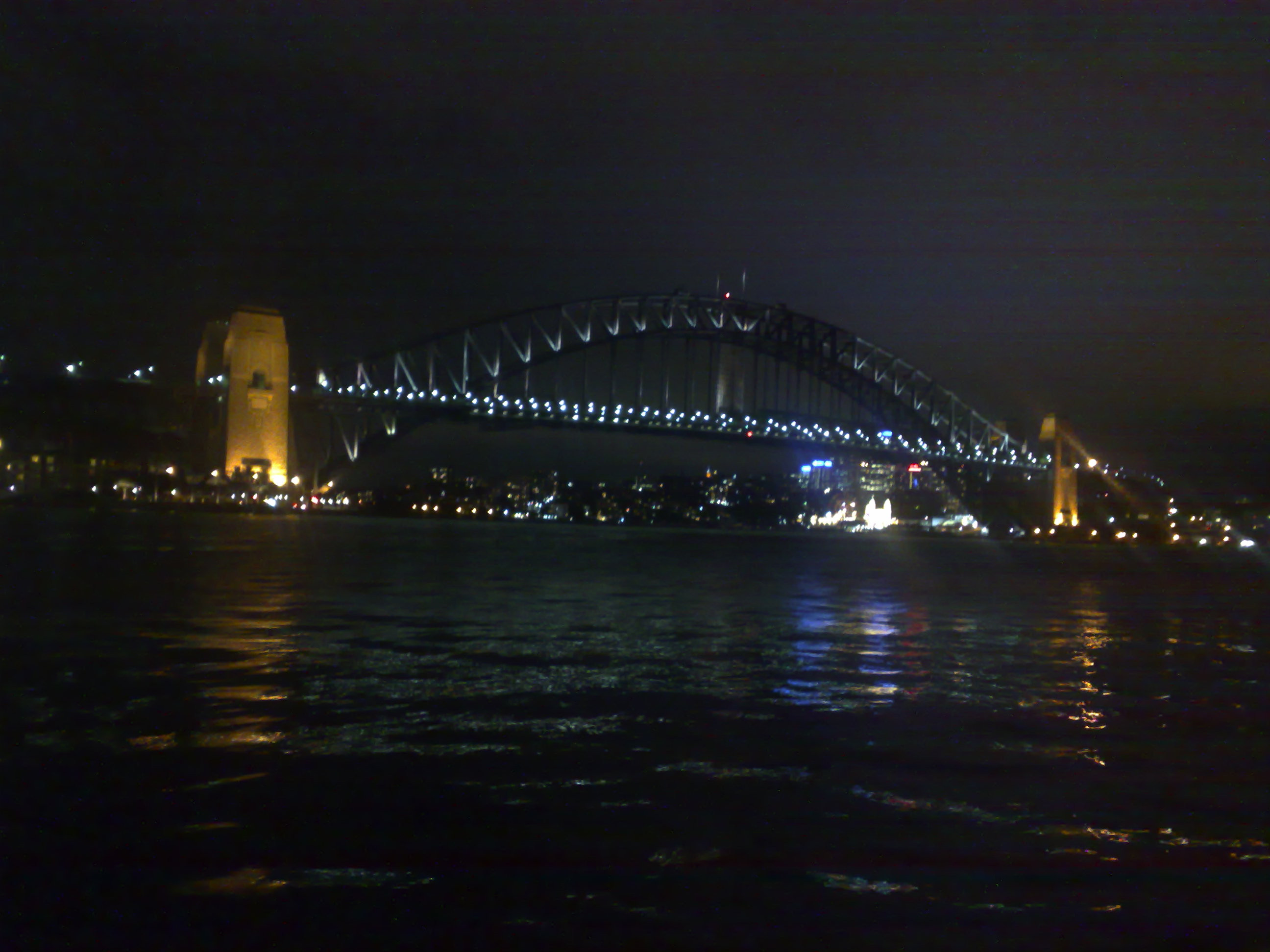 Every time I go to the Opera House I take a photograph of either the Opera House or the Sydney Harbour Bridge. Deep down, I know it’s provincial and parochial to photograph some so-called “world icons”, somehow holding on to a notion that Sydney is a “global city” whereas the other state capitals are “colonial outposts”. I recognise that, but I still think they’re great structures and they never fail to impress me with their beauty. And so of course, tonight, heading off to see Allan Cumming at The Studio at the Sydney Opera House I did the same again.

It had been a reasonably frustrating day for me at work. I felt like I didn’t achieve all that much. I felt like everything I attempted to do was stifled in some way, shape or form. I felt a bit like a “mid ranking bureaucrat” whose sole jobs was to send/receive emails that didn’t actually achieve any resolution. Hopefully, everything I did today, however, will have some resolution reasonably soon.

Actually, he did a fair deal of name-dropping tonight. When I met so and so. When I did thus and thus. He continued the theme throughout the show. But you never got the feeling he was “big noting” himself. You had the feeling he was totally shocked and stunned by the success he’d had, and the feeling these were stories along the lines of “you’ll never guess what happened to me”.

The anecdotes were a key part of the show, but so too was the music. At times he sang really well, other times I thought he was okay. I found his quiet ballads lacking in a certain authenticity. I think it was sometimes about “hitting the notes” and not “hitting the meaning”. But mostly, he nailed every song extremely well. In fact, there were two occasions when he sang when I had goose-bumps.

The first was when he sang “Where I Want to Be” from “Chess”, which he introduced, somewhat ironically as a tune by ABBA. I’ve heard a lot of versions of this song, and I can honestly say his was the best. Located in the musical, it’s very much based around the character. But when it was sung tonight, it was a lyric we could all relate to as we struggle with the struggle of life.

The other moment was when he sang “Mein Herr” from “Cabaret”. In the musical, it’s sung as a slow and seductive song, almost dismissive in a way. But when he sang it tonight, slowly, and often spoken with a thick Scottish accent, the song was very seductive. I ached with anticipation as he moved towards the lines about he was searching “inch by inch, man by man”.

There were a couple of times tonight when I wanted to jump up and applaud. The “mood” wasn’t there until the very end though. Still, the crowd gave him a standing ovation, and deservedly so. “This has set a high bar for cabaret in Sydney”, I mentioned to Colin as we left the theatre tonight.

Afterwards, having a drink at the Opera House we talked about the show, with both of us concluding we had a great night. Very, very enjoyable. And very recommended.