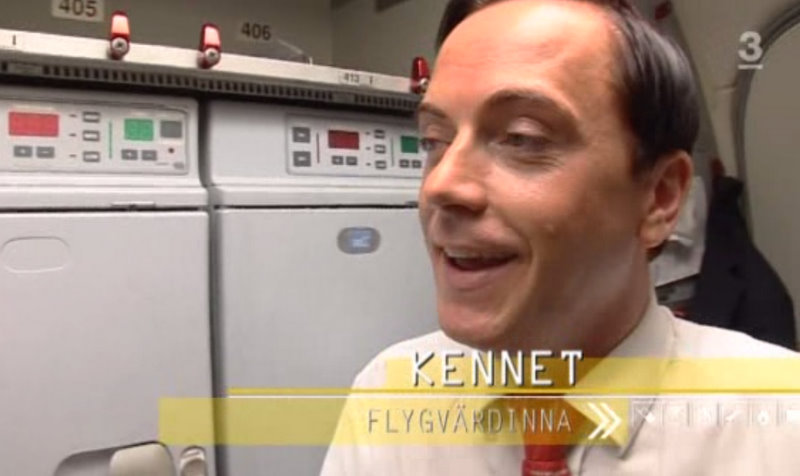 While watching the show, “Stockholm-Arlanda” I was reminded, briefly, tonight of a television program called, “People and Places” which screened thirty years ago on the local commercial television station in my hometown. At that point the station didn’t have a regular local news bulletin. Instead, they had a program where, presumably, a single cameraman went along to a series of local events, such as district shows, with the footage shown once or twice a week. And of course everyone watched because it was people you might recognise, if not actually yourself. Similarly, I remember another regional television news service I used to watch used to go to a different local school every day and film what was going on in the classrooms. The same result: everyone watched because you were bound to see someone you know. Newspaper social columns in a country town often work on the same basis.

In some ways, “Stockholm-Arlanda” is a bit like “People and Places”, “Prime News” and country town newspapers. Not a lot happens on this show. Yes, there was the delayed flight to Greece. And there was the little girl travelling by herself for the first time. And there was the woman who wasn’t feeling well. Oh, and Mary Robinson turned up. But that was about it. No drug busts. No terrorism. I mean, it is Stockholm airport, after all, not JFK. Still it’s a highly watched program in Sweden, and I’d imagine part of the success of the program in Sweden comes from the recognition factor. But that’s not all, as part of it also comes from the characters they have working at the airport. My favourite is the gorgeously camp flight attendant, Kennet. You can see from the smile in his eyes he’s getting such a buzz from being on the program. He really loves life, and it’s quite infectious. Fingers crossed Kennet will be at Stockholm-Arlanda in March next year.