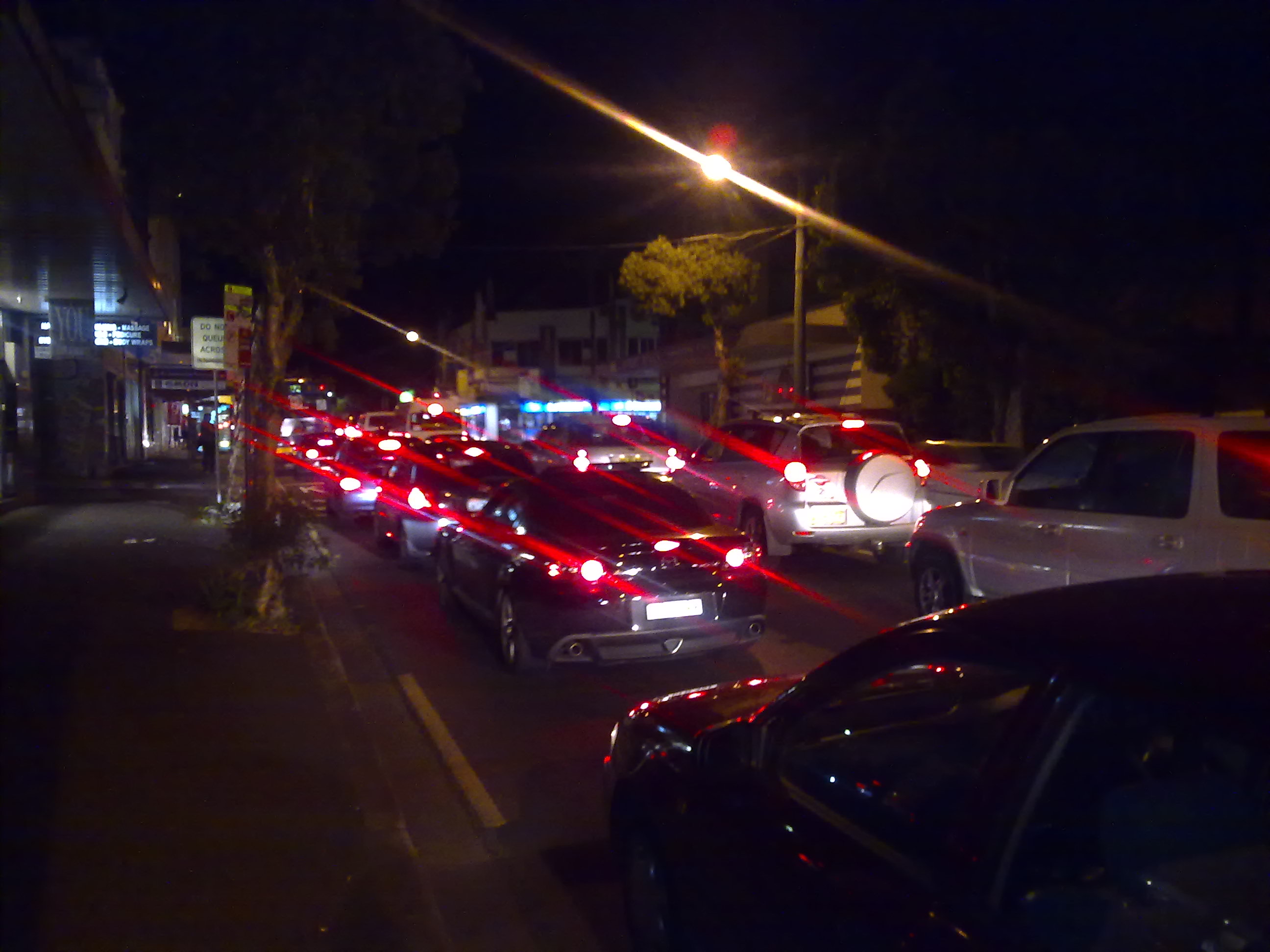 I don’t know why, but for some reason, just before midnight, Cleveland Street, Surry Hills was like a parking lot.

I asked the cab driver if he knew why. “Is there any sport on? Any special event?”, I asked him. “No idea. Nothing on. No roadworks. I don’t know” was the best answer he could offer.

Maybe it’s just the Christmas holiday season? Maybe there was some kind of special event we knew nothing about?

And I was desperate to get home, get out of my work clothes, and just relax. The last few days at work have been quite busy. And on top of that there’s been a fair bit of pre-Christmas socialising.

And tonight’s there’s been a get-together which has included ABBA fans from interstate who have come to Sydney to see ABBAWORLD.

At the Glasgow Arms we sat, chatted, ate and drank, and listened to a variety of ABBA-related music over the P.A. The other diners didn’t seem to mind so much, though you’d see the occasional person look over and smile. Some would have been smiling in recognition, others would have been smiling in encouragement, and others were probably laughing at a bunch of 40-50 year olds listening to, and chatting about the music of a pop group which broke up before many in the rest of the bar were even born :)

We had fun, but gosh I was desperate to get home.