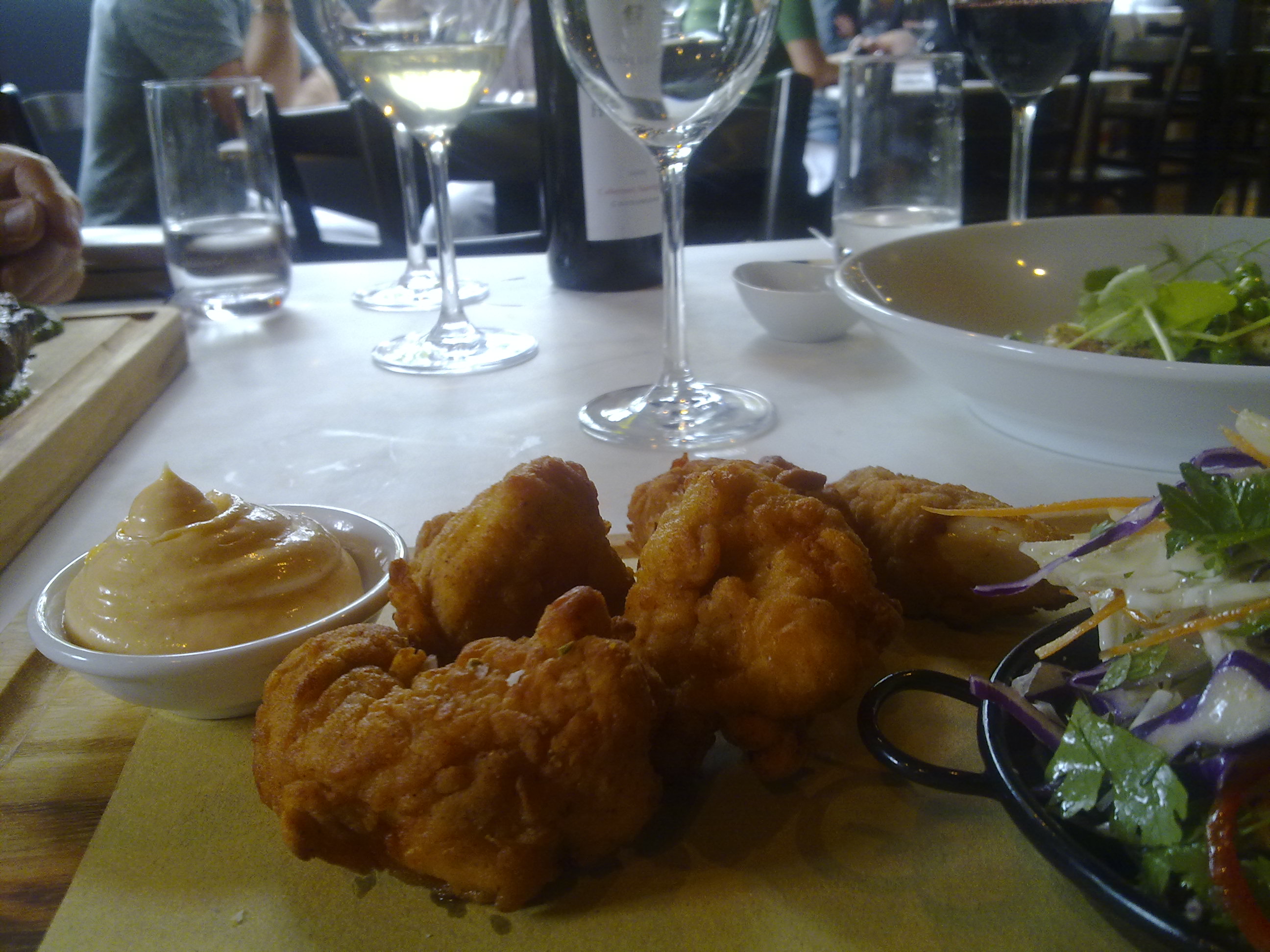 “This used to be the pokie den?” I asked the waiter at District Dining today. She said she didn’t know.

I’m sure it was though. I’m sure the area above the Central Hotel (near the Devonshire Street tunnel entrance, near The Madison) was, for a time a big poker machine room.

I don’t know exactly when it changed, but it’s been a positive change.

Earlier as I recall from the outside, the room was all closed up and presumably dark inside. As you walk in now, you’re greeted by large open windows which let the light in. You’re greeted by a large space which allows you to notice other people in the room, but not feel like they’re eavesdropping on your conversation. And it’s large and clean. Oh, and the food’s excellent.

I arrived a few minutes late to meet my friends who had already ordered some wine and some nibbles – a dish of fried whitebait.

For entrees, we ordered a range of small meals, including a very tasty pumpkin dish, which we shared. And for mains, we went our own separate ways. I had the slightly peppery, tasty fried chicken which, after the more substantial entrees was just the right size as a main. All the reviews, I’ve read, by the way suggest the menu works well in either way, as an individual meal or as shared by friends.

The service was also good with a smiling, attentive waiter who looked after us very well.

We had some reasonably nice wine which forced up the price a bit, but it was pretty good value nonetheless.

The only other thing I did today of consequence was visit my friend who is in hospital. He’s on some quite serious drugs at the moment, and I don’t think he had any idea I was there. Please say a prayer, won’t you? :)