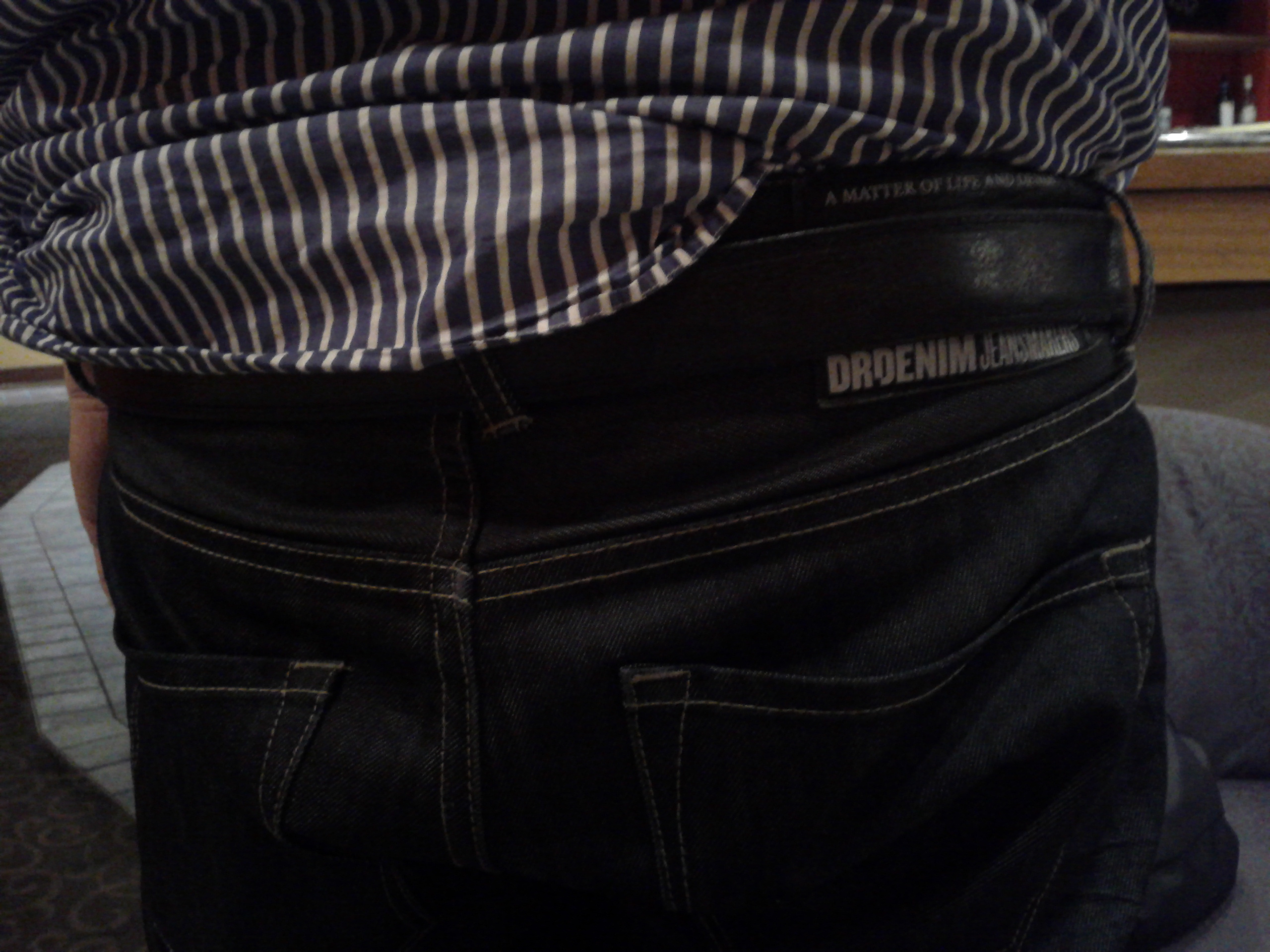 The Subject Of Jeans

It’s been four weeks since I last went to Swedish class, and I was feeling apprehensive. I’ve had a few commitments over the last few weeks which have kept me busy and unable to attend class. I’ve also been neglecting study, and haven’t really listened to or read much Swedish in the intervening period. I was anxious the class would have moved well beyond me, and I would have found myself struggling.

Yes, I struggled a bit, especially with a grammar exercise, but it wasn’t too bad. In fact, it was a lot of fun, especially as we spent most of the class chatting. There were three new classmates who have arrived in the intervening period, and it was great to meet them, and interesting to hear about the reasons why they’re learning Swedish. One had been a student in Sweden years ago, another had a wife, the third had a Swedish mother, and although he spoke well, he was there to learn to read and write better.

And then the subject got around to jeans. We had an exercise where we had to talk about a photograph in a Swedish photo book. The subject of one photograph got one of the classmates talking about Swedish fashion, and in particular jeans. He’s quite fashion-conscious, I think, and has quite a collection of Swedish clothing. He listed off half a dozen different Swedish clothing brands. Not being as fashion conscious myself, the only brand I recognised was ACNE.

Another classmate chipped in, and mentioned the difficulty he had in buying jeans in Sweden, since Swedish men tend (and this is a broad generalisation) to be quite tall and thin. A 34″ waist is a bit of an oddity in Swedish clothing stores, he noted. It’s a problem I shared a few weeks ago in Stockholm, when I asked for a 34-36 inch waist and was immediately taken to the “Grandpa Jeans Department”.

The original guy, who is reasonably short, complained he always has to have his jeans mended because jeans in Australia tend to be far too long. Another classmate chipped in, noting that at least H&M sell more varieties of sizes in terms of waists and leg length in Sweden than we find in Australia. I agreed. Until now, my best fitting pair of jeans was a pair I picked up in Copenhagen which recognised that some people are short and fat, not everyone is tall and thin. We all sighed that H&M hasn’t opened a store in Australia yet.

And then I chipped in with my anecdote about buying a pair of Swedish jeans from a store in Surry Hills, “Somedays” a few weeks ago. I couldn’t find the right size in Stockholm, but I found a perfect pair in Sydney.

Despite my apprehensions, Swedish class was great fun.

Afterwards, I had a drink with my friend The Best Judge about a project I’m planning to undertake. He provided some wonderful, sound advice.