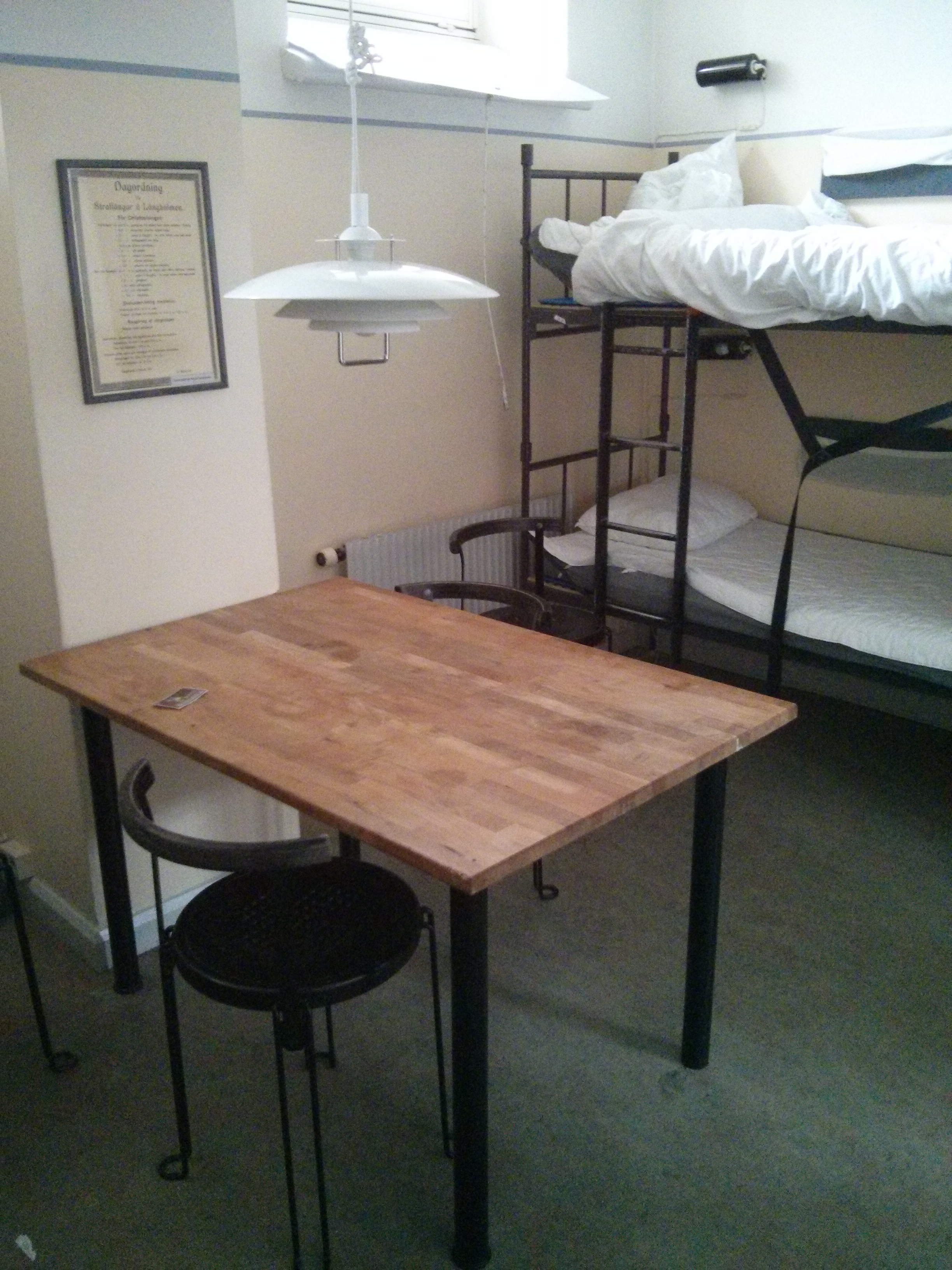 “You speak Swedish with a slight American accent”, my friend Kim told me with a chuckle. At first I was a little taken aback. He then went on to demonstrate how I drag out my vowel sounds. “Honey that’s not an American accent, it’s Swedish with an Australian accent”, I told him. I guess it’s an improvement on the stock phrase I use to describe my language skills, “Jag talar svenska som en fem år gammalt barn” (which means “I speak Swedish like a five year old child”.

When he introduced me to a couple of his friends they were, of course, curious to find out why I spoke any Swedish at all. “It’s complicated and complex”, I told them, adding they shouldn’t worry if they spoke in Swedish as I was understanding about fifty percent of what they were saying. One of his friends apologised, saying he found it difficult to speak in English when he was tired. “I have the same problem”, I told him.

So with one week to go before I have to return home (sigh) I’m back in Stockholm. I’m spending my last few days on the picturesque island, Långholmen and bunking out in hotel/hostel that was once a prison. All of the reviews I read said that it was interesting and clean, and they had a really good breakfast (all of that is true). A common complaint I’ve read was that it was a fair way from public transport and not near the centre of town. Dur! The advice I’ve read says to get off at Hornstull, whereas I found it was better to get off at an earlier stop and catch a bus right up to the bridge. The #4 to Radiohuset, for example. From there, the walk isn’t so bad.

“Great”, I thought to myself, realising the chance of sharing a room with a bunch of eighteen year olds out for a night on the turps would be lessened. In fact, I’m sharing a room with just two others. With his “bikie looks”, I couldn’t help but feel one of the two others may have stayed here in previous years. It’s not so bad sharing with others to save a few dollars here and there, even if the two blokes were in competition for who could snow the loudest. They were synchronised, at least, even if the noise they made wasn’t necessarily harmonious.

The island is stunning. Although I’ve never on the island during winter/spring I have been here in the midst of summer when the island is a popular swimming and recreation spot, as the people of Stockholm enjoy the long-hours right up until sunset closer to midnight. Even now, it still looks pretty good, though most of the people you see walking around are, like me, wearing heavier coats and beanies.

I’m feeling a little sad that my holiday is soon coming to an end. But in some ways I’m looking forward to coming home, sleeping in my own bed, having a regular choice of clothing etc. Oh yeah, and seeing friends of course.

In contrast, I have a couple of “work things” happening, as well as the stuff associated with the opening of the ABBA Museum. It’s gonna be a busy last few days, so staying in a former prison on an island might be just the right way to spend it.