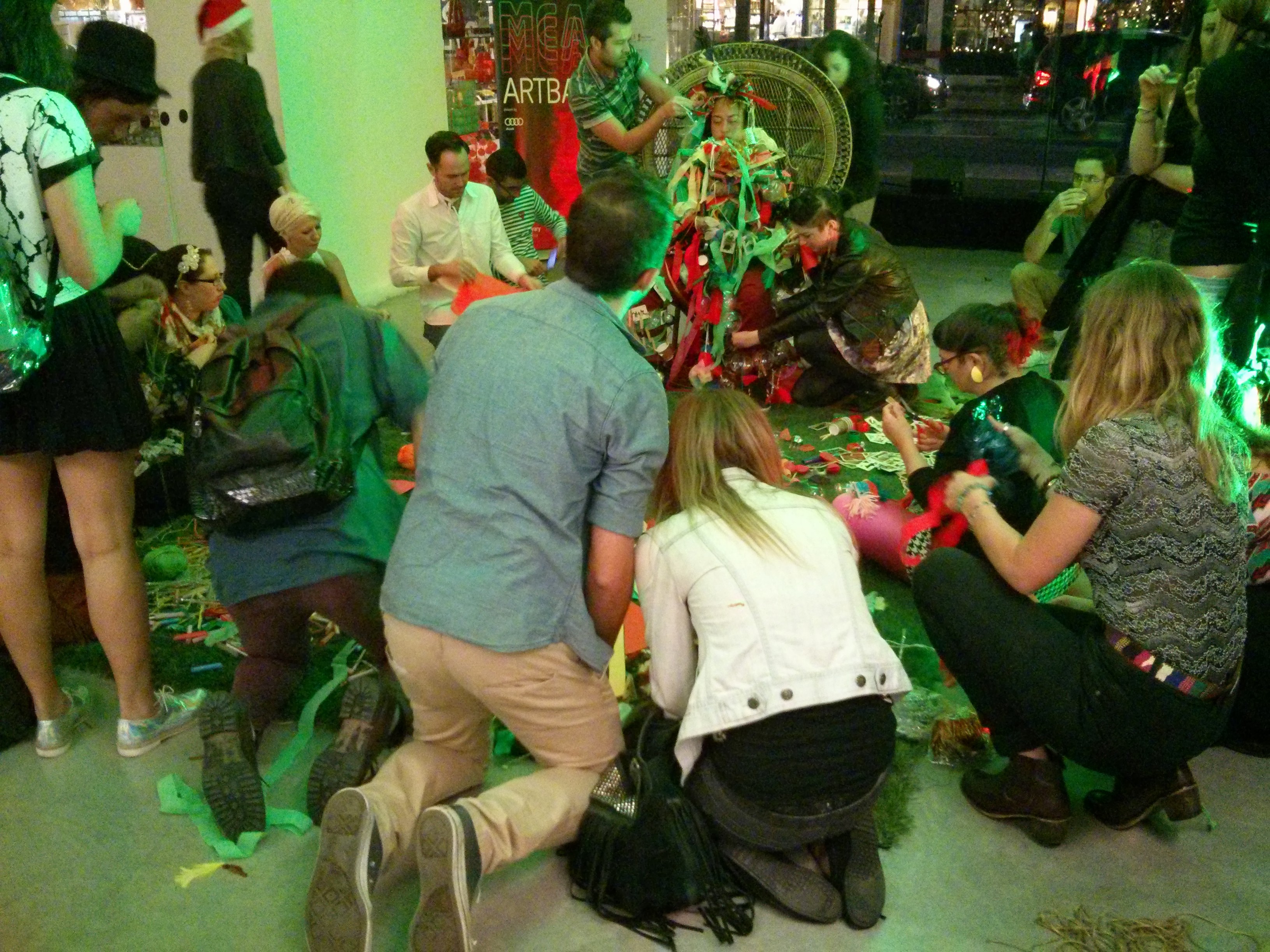 Somewhere on the internet today, I suspect there’s a rather embarrassing photograph of me and my friend Kate.  I don’t have the photographic evidence myself, but I do recall lots of flashes going off, as we participated in the doughnut eating contest at the Christmas Party function at the Museum of Contemporary Art in Sydney. The contest was a little like bobbing for toffee apples, except it’s much harder to eat a doughnut on a piece of string than it is to munch into an apple in a bucket of water. There were sack-races, too.

There were lots of other fun things last night, including a bloke who ran a satirical quiz contest based around Australian political history, and a wonderful performance piece by a woman called Caroline Garcia. Her work involved people creating Christmas decorations which they placed upon her, until she finally became a Human Christmas Tree.

I came home at the end of the night with a couple of works by the artist Tony Albert. I really love his works, printed especially for the night on old-fashioned handkerchiefs.

The only disappointment of the night was that my number in the lucky door prize was called out while I was out of the room, apparently. Sigh.