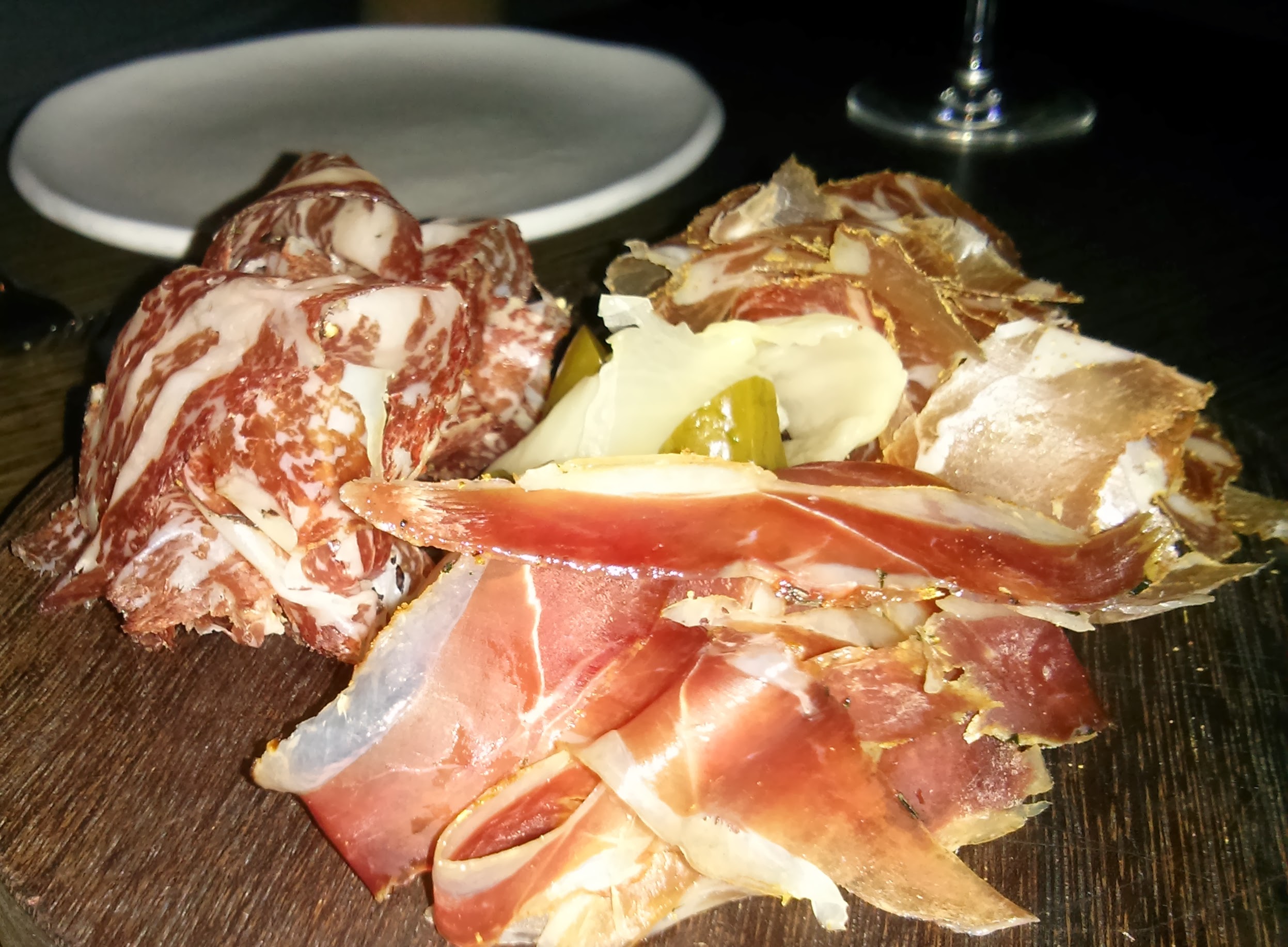 Having previously been big fans of the now closed Bentley Bar, we were keen to have a look at their new venture Monopole, located on Macleay Street.

Trying to remember the last time we had a really good meal at Bentley Bar, I checked my blog, and discovered it was almost exactly five years. Damien had shouted me a birthday dinner.

Our conclusion at the time was the meal was interesting, excellent and fulfilling.

Five years later, Damien suggested he, Kristen and I should try out Monopole, and co-incidentally, it was also a birthday dinner.

We settled on the degustation which, at $65, we all thought was good value, especially as there were six or seven courses.

We all thought the meal was good, though not great. There were a couple of courses which were stellar. Others were, to be honest, a little underwhelming. Our favourites were featured in the photographs.

As we headed back through The Cross, I showed them both Fratelli Fresh, one of my favourite places to eat the moment, and they seemed impressed.

The evening ended with a quiet drink and a chat at what I know as “Bar Me”, though I don’t what it’s called these days. In contrast to much of The Cross, it was a quiet, laid back, and a comfortable way to end a lovely evening.