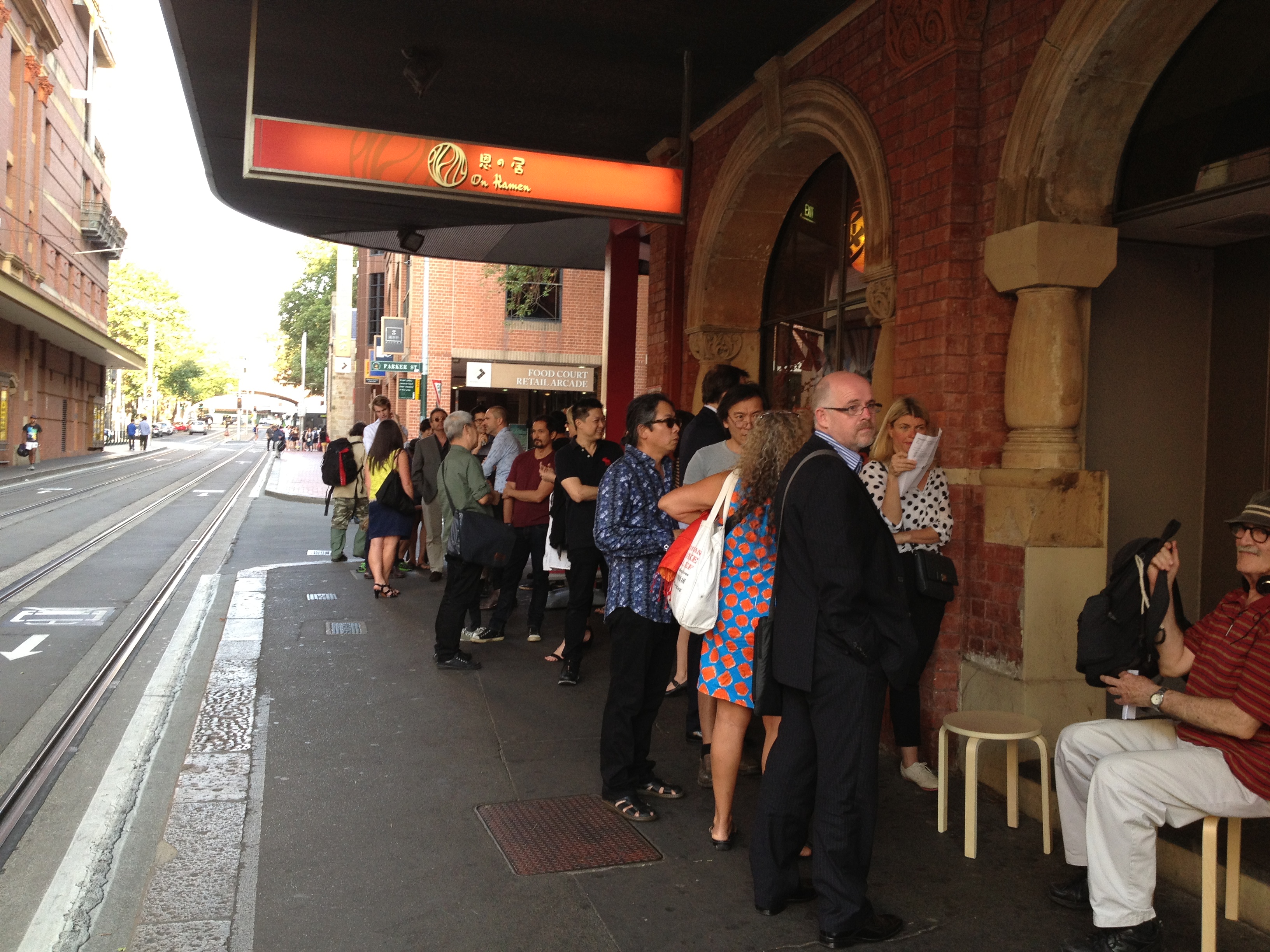 I spent $200 tonight purchasing an artwork by the artist, Hu Ming. The truth be told, I didn’t know the work was by Hu Ming, as the work was part of an anonymous fundraiser by 4A Gallery in Sydney. I’m a great fan of 4A, having previously visited quite a number of their exhibitions, and having previously purchased works through their “Edition” scheme. In some ways, tonight’s purchase was a little like “Edition”. Through “Edition” you paid an annual amount of money and received three or four unseen works. Tonight’s annual fundraiser featured works by a range of artists, some of them well-known, others emerging. All of the works, without names attached, cost $200, so in some ways it was a lucky dip.

As I walked around the exhibition tonight, there were some artists I could identify simply by their style. But for me, the thing about purchasing an art work without the names attached to them, meant everyone was probably more inclined to purchase something they really loved, as opposed to something they thought was a “good purchase” or a “wise investment”. Unfortunately a lot of the works I really loved were already purchased before I arrived. But there was still one I really liked, and after mentioning it to Kate, she said, “Well, why don’t you just get it”. At a time when I probably shouldn’t be purchasing an art work (travel plans), I thought “what the heck” and $200 on my credit card later, I’m now the owner of a work by Hu Ming, which I like very much.

There was a real buzz in the room tonight, with more than half the works sold in about an hour. A fabulous evening all round… No doubt things were helped by the hipster drinks… cocktails served in jam jars!