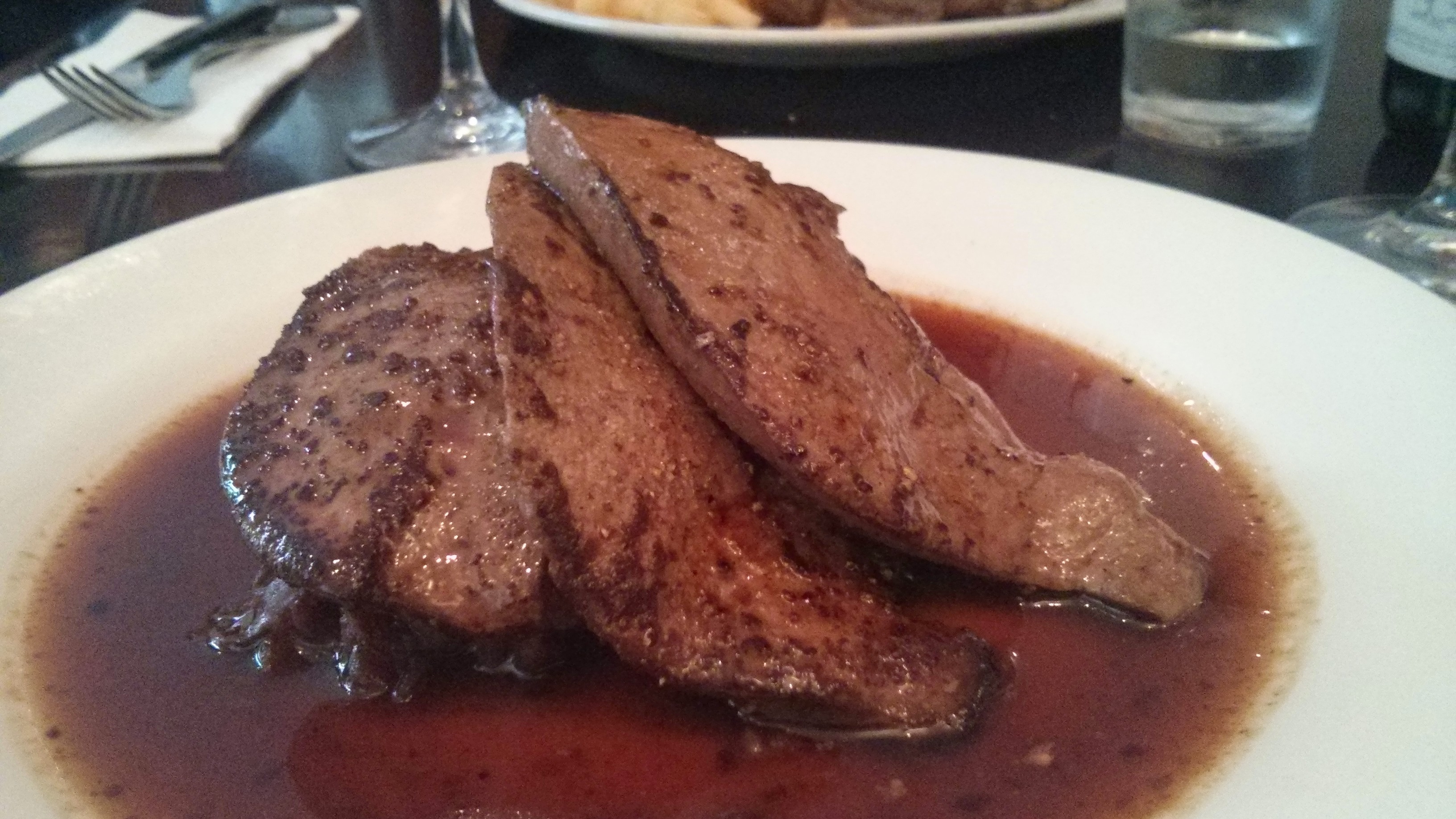 As soon as my friend recommended dinner at Onde, my mouth started watering for one of their signature dishes, calves liver. While many would hate the thought of such a dish, I really love the taste and texture. I grew up eating a lot of offal: steak and kidney was a stable when I was growing up, as were liver, brains and all manner of things.

I think a lot of it had to do with my mum and dad having grown up in country towns during the depression, and other economically difficult times. Dad spent his early years on a farm, and mum’s family were also pretty closely connected to the land, and so for them it was probably fairly normal to eat offal, whereas some of the town dwellers I went to school with probably thought it was all a bit gross.

One of my biggest complaints about modern life is that the world is full of fussy eaters. I think it’s a real shame that many parents don’t “force” their children to eat everything that’s put before them, and to try new foods. I see it in my extended family, where the children will tell their parents they don’t like a particular food, and the parents follow their wishes.

Growing up and being “forced” to eat everything on the plane was never an issue for me. I was never “forced”: I love eating. Around Christmas time, when the extended family arrived, I was the one who could be relied upon to finish off the food on other people’s plates. “Garbage guts” was what mum called me. It’s precisely the reason I am a fairly adventurous eater these days (a good thing) and why the thought of calves livers at Onde was so appealing. That, and the fact the people who run Onde are so lovely. It’s such a great place. Highly recommended.