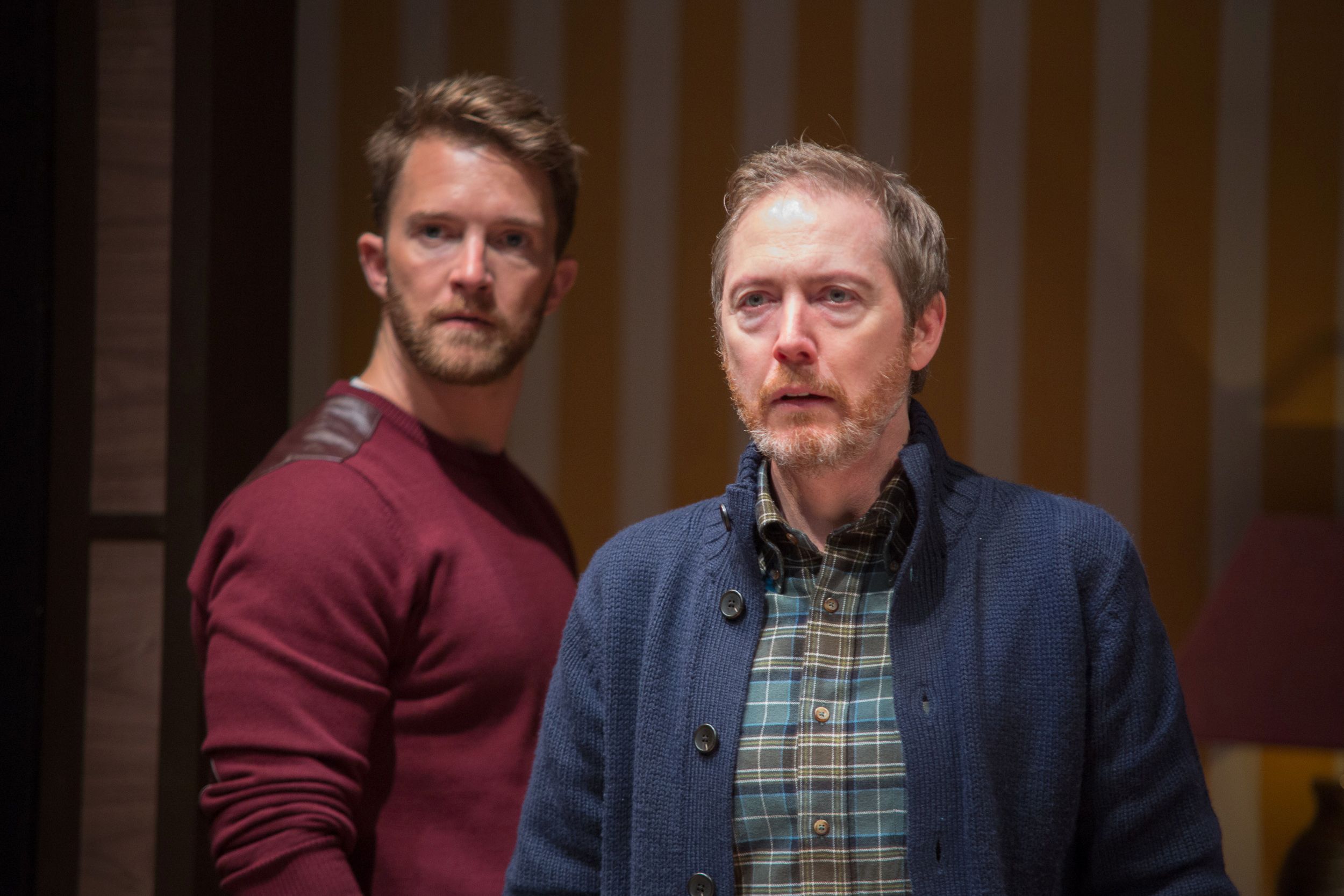 My initial attraction to “Mothers and Sons” was Tim Draxl. I’ve followed his career since the 90s, and fondly remember interviewing him as a nineteen or twenty year old singer “on the way up”. Since then, I’ve seen him perform a number of times, and I’ve seen him in a number of movies.

It was also quite a while since I’ve seen a play at Sydney’s Ensemble Theatre. As I made my way to the theatre, I thought about my friend Colin who died last year. We were “regulars” at The Ensemble, having attended opening nights on many occasions. Since Colin’s move to Newcastle (when he became ill), and his passing, I haven’t been to The Ensemble nearly enough.

Colin would have enjoyed the play, and yet he would also have been frustrated by it. The plot concerns a modern day gay couple living in New York with a son. Out of the blue, the mother of one of the men’s former partner turns up. Twenty years after his death, she remains unreconciled with her son’s sexuality and his death from HIV/AIDS. Over the course of about 100 minutes, she achieves “reconciliation”. Frustratingly, for me, the play seemed to wrap things up a little too quickly, a little too easily.

That said, I still enjoyed the play. The characters were all still believable. And having enjoyed Anne Tenney play “Molly” on “A Country Practice” all those years ago, it was great to see her on stage for the very first time. I also smiled when I saw Grant Dodwell who played “Simon” on “A Country Practice” in the audience, and chatting at the bar earlier in the afternoon.

Oh yeah, and The Ensemble has a terrific harbour view.