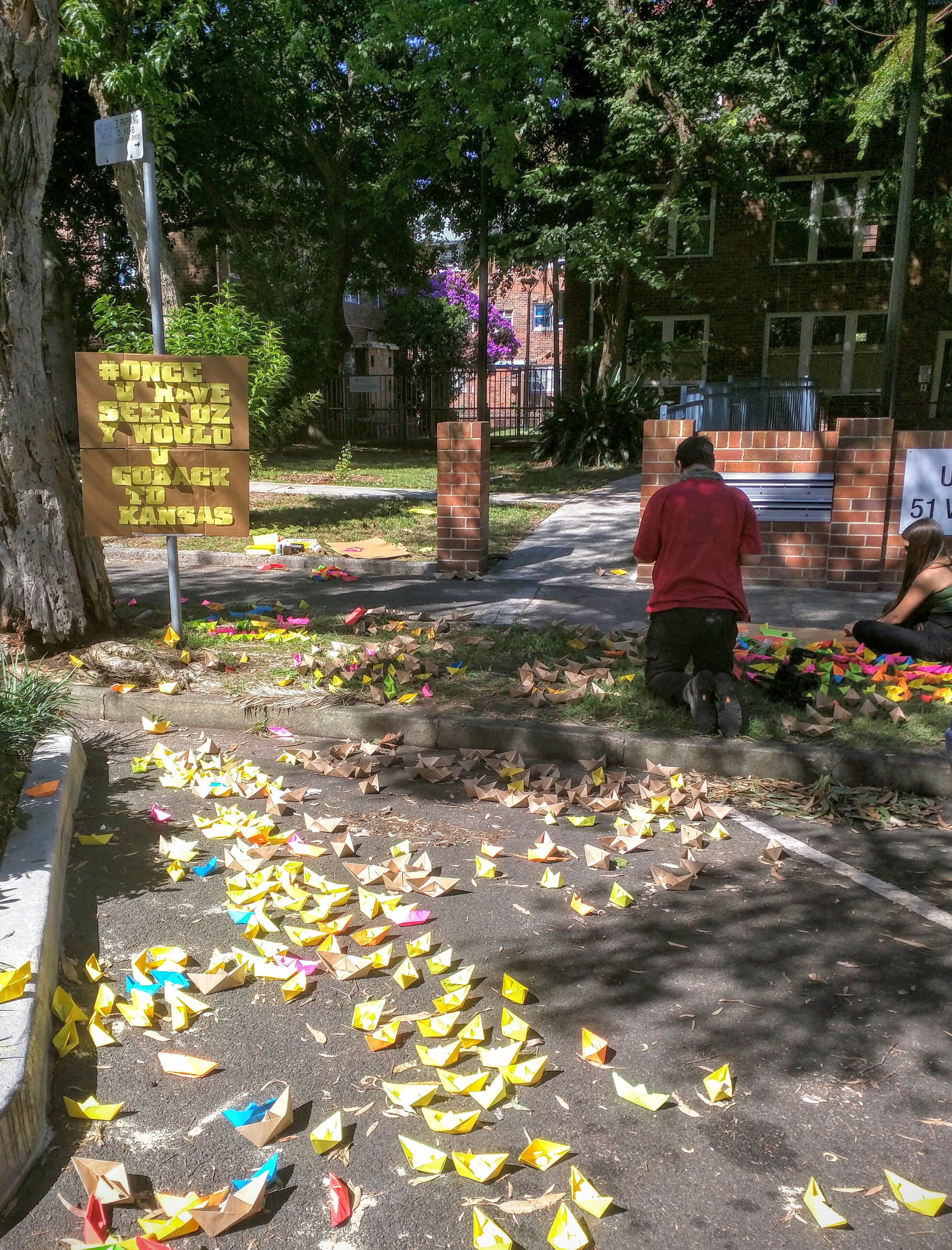 “Would you like to suggest a word that makes you feel good, or makes you feel happy?” I was asked by a woman on Walker Street, Redfern today. She was one of the artists participating in the Redfern Biennale today. I didn’t look too closely at work, but she told me she was adding the different words people suggested to the artwork itself. After a moment of deep thought, I said “family”, as I was planning a Google Hangout with my family who lives in Lismore later this afternoon.

Until I received an invitation to attend from a friend I hadn’t realised the Redfern Biennale had been staged twice before.

The concept is simple:

We invite you to view readymades, sculpture, multi media, new media, painting, found object, anything and everything placed along Walker Street, Redfern between Cooper and Redfern Streets.

The Redfern Biennale, attracting the work of 50 practicing artists and Housing Commission artgroups, is an outdoor, eclectic, democratic free-for-all happening, that will just happen on the day.  There is no Council approval; we are just placing the work on the streets for seven hours, rain, hail or shine.

I love the slightly anarchic approach to say they had no council approval for this.

Here are some of the photographs I took as I walked around this afternoon of the works I really liked.

I though some of the works were very good; others not as good. But interesting, nonetheless. I also thought it was great to see well known Sydney arts figure, Damien Minton (formerly his own gallery, now at Watters) supporting this.