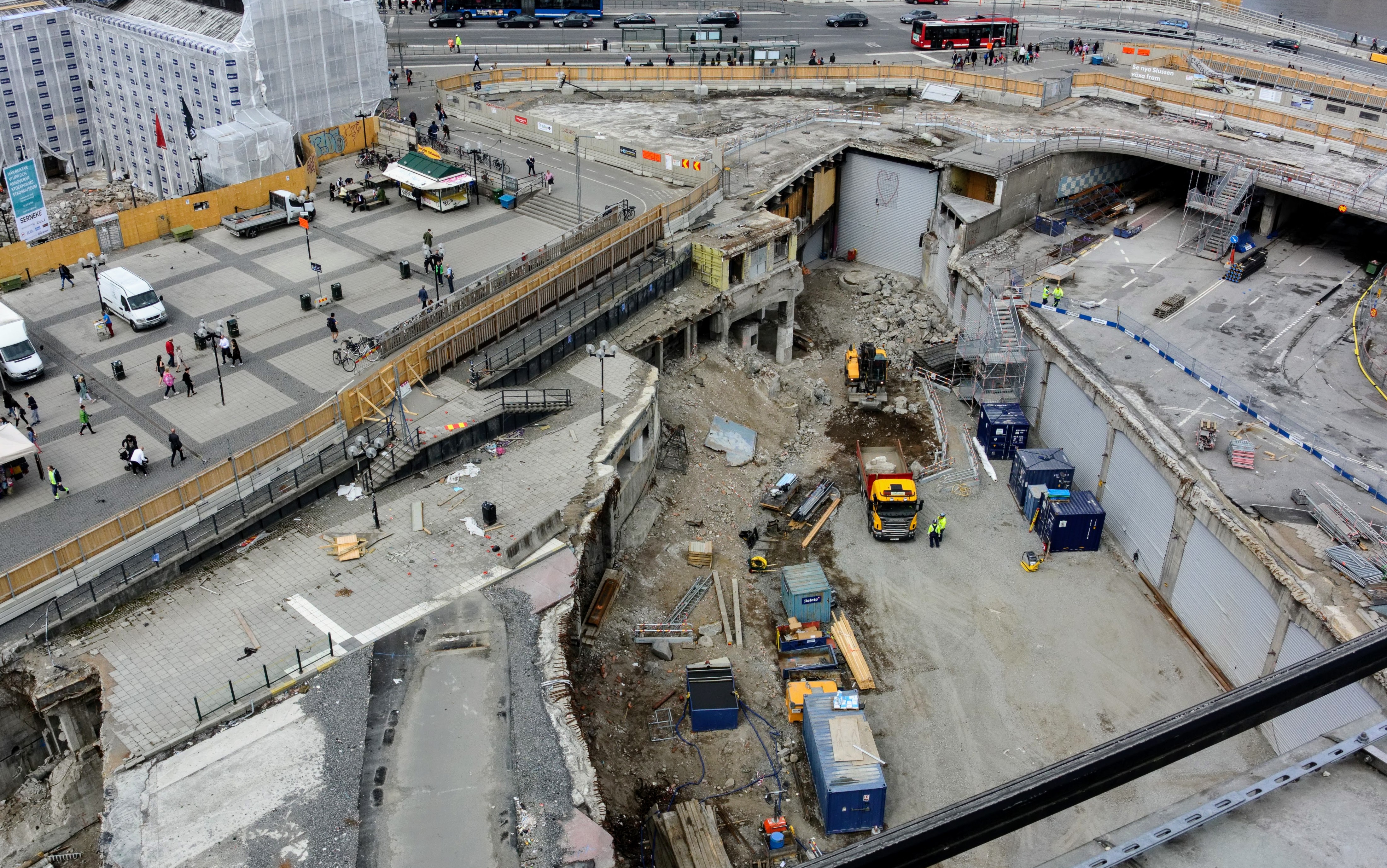 The last time I was in Stockholm (July 2015), the debate about the deconstruction and reconstruction of Slussen (the main transport interchange in the middle of the city) was in full flight. Although the plans were well-known by then, there was still a strong voice of resistance to the planned changes.

Almost two years later, I’m not sure where the debate is up to, but I know one thing for sure: it’s happening. Along with the ongoing works at the National Museum, the City Museum, the swimming baths at Medborgarplatsen and now Sergel’s Torg, Stockholm is, like Sydney, a city “under construction”.

Of course, the other thing that’s happened since I was last here was the terrorist attack only a few weeks ago. As I watched them from afar, I was reminded of arriving here in the wake of Anders Brevik’s attack in Oslo a few years ago. I arrived here the afternoon of the attack, only to find Stockholm, too, fearful of what might follow. As I walked past the department store where the recent attack occurred I saw a school group preparing tribute post-it notes, and pinning to them to the wall.

After about 24-hours of flying, I arrived here just after 7 am yesterday morning. “You’re lucky. At about 4m the entire city was completely fogged in”, my friend Sandra told me, adding, “you’ve brought the warm weather, finally, to Stockholm”. Around lunchtime yesterday, quite randomly, I actually ran into a couple of blokes I know from Melbourne, who complained the entire time they’ve been here has been beset with clouds, rain, and even some light snow. “Well you brought the weather from Melbourne, I brought the weather from Sydney”, I thought to myself.

So far, I’ve had lunch at an old favourite Urban Deli, wandered around the city, had a “jet lag nap” in the afternoon and then met Sandra for a bite to eat and drinks, which included a serendipitous meeting with a friend of hers with common Eurovision/Melodifestivalen interests. As a result our names are “on the door” for an appearance on Saturday by Isaiah Firebrace, Australia’s entrant in Eurovision. Life’s good.