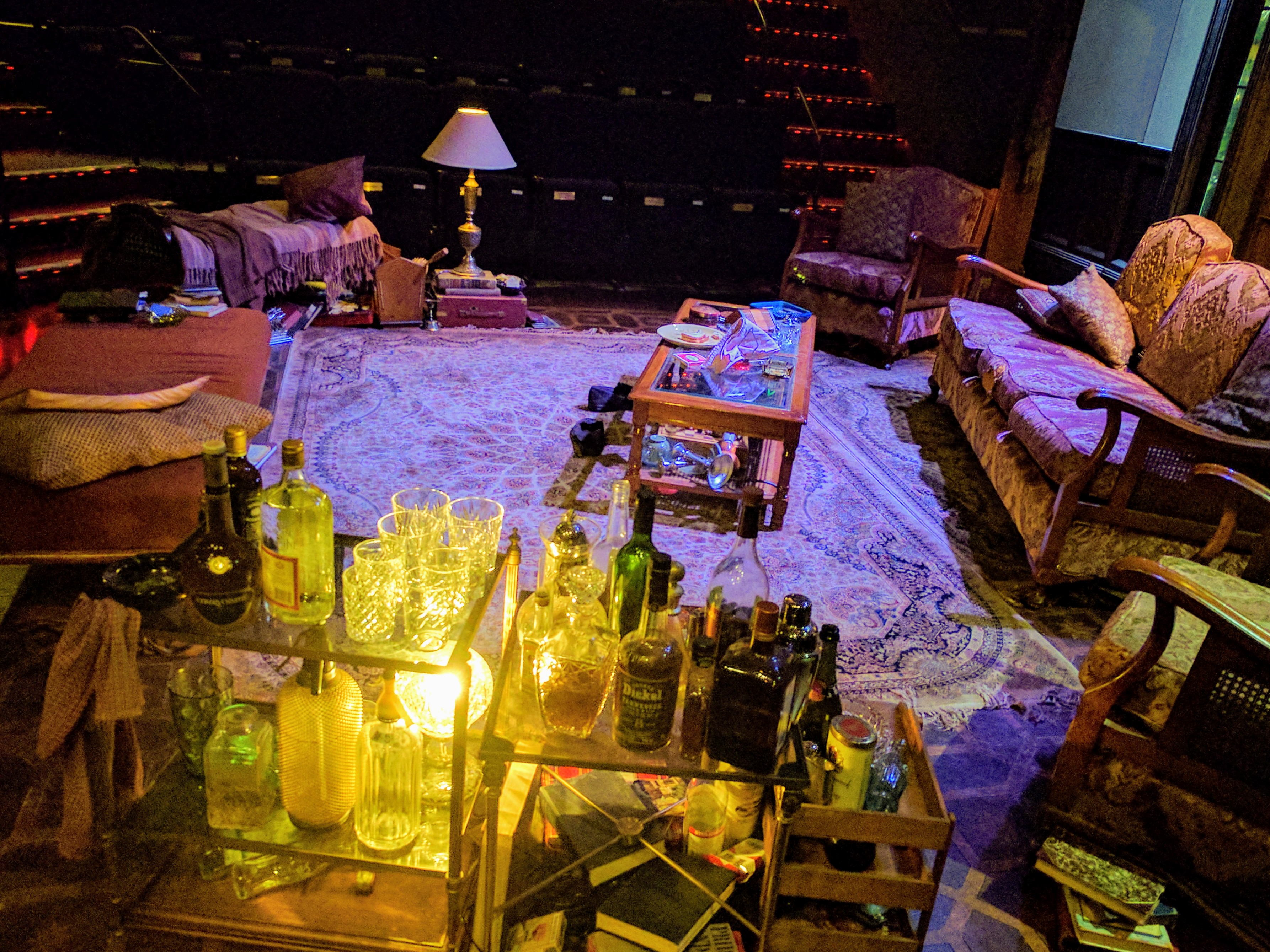 In high school, in 1982 or 1983 (I can’t remember), we studied the play “Who’s Afraid Of Virginia Woolf”. As we read the play in class, my teacher chose me to play the role of George. Typecast? My friend Sue played Martha. Anthony played Nick. Louise played Honey. We all loved our roles, and continue to love the play. I’ve seen maybe three or four productions in my life. And so when Sue spotted a production at Sydney’s “Ensemble Theatre”, there was no question about whether or not we would attend. Anthony came too, so that made three of the four original cast.

Thirty five years later, and we all still loved the play. The rawness of it all. The larger than life characters. And this production rolled along at a terrific pace. Genevieve Lemon, who I absolutely love, was terrific, as were the other cast members.

There’s something about seeing over and over a play that you really love that’s really wonderful. Every time you learn something new. This time around it was the degree of Martha’s alcohol problem. Always there, but somehow more significant this time around.

Sue and I also recently went to see another play I’ve seen a couple of times before. “Only Heaven Knows” at the Hayes Theatre takes you back to a time in gay life in Sydney long before the pick-up culture of Grindr and the like. Set in the 1940s and 1950s, one of the characters writes a hand-written note, asking the guy he’d seen in the shop if he would like to meet up. In a world where, it seems you need to have a photograph of your dick ready to send to someone else before they’ll meet you, it seems awfully sweet. Of course I’m over-generalising and over-simplifying the modern world, but this play/musical really brings home how much things have changed in the last seventy years or so.

Oh, and it has the most beautiful tunes. Here’s David Campbell from the original production.

And it was terrific to see two of my favourite cabaret/musical theatre performers, Tim Draxl and Hayden Tee is key roles.