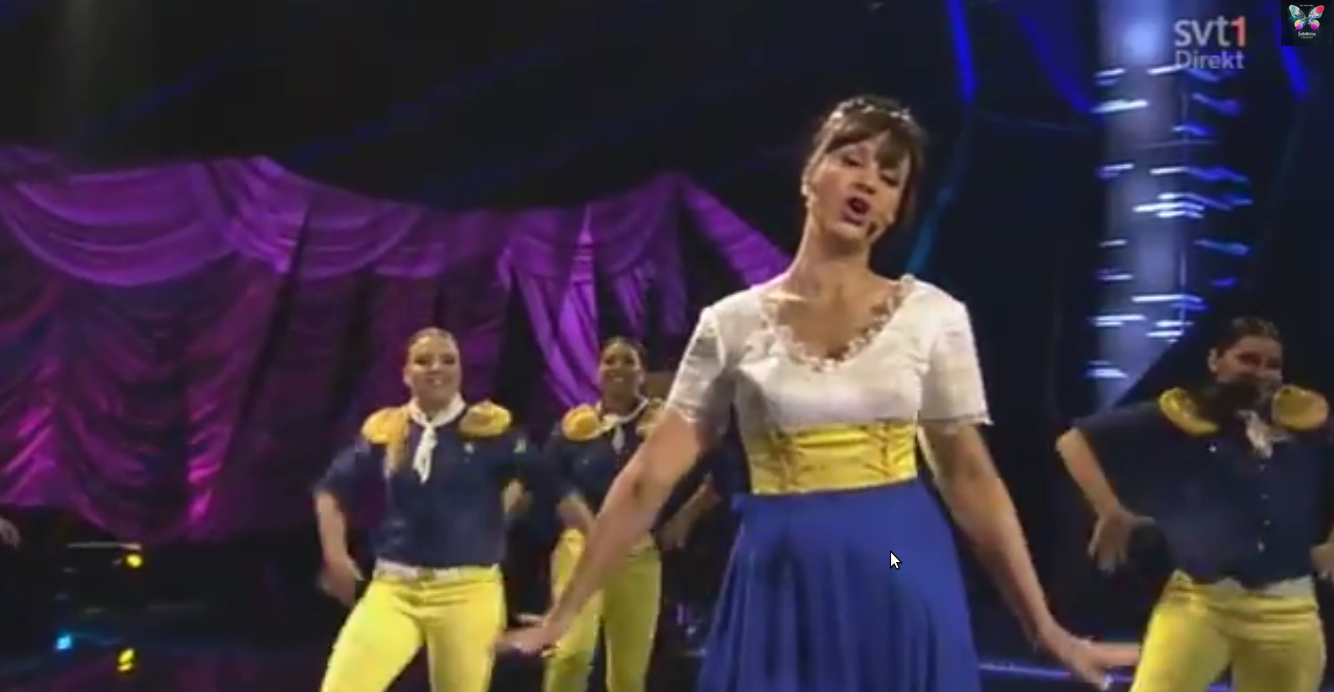 Petra is a Swedish comedian, performer, television presenter etc. She’s super-talented, super-funny, and IMHO has been the best host of both Melodifestivalen and Eurovision in recent memory. In particular, I love the way she takes the piss out of both contests, while also paying respect.

In this first clip, she does similarly with Sweden, with a great song, great lyrics, and awesome design and direction. There’s a few “very Swedish” jokes (for example, you may not know Swedes have a very high rate of lactose intolerance), but I think you can still appreciate without being too knowledgeable about the finer details.