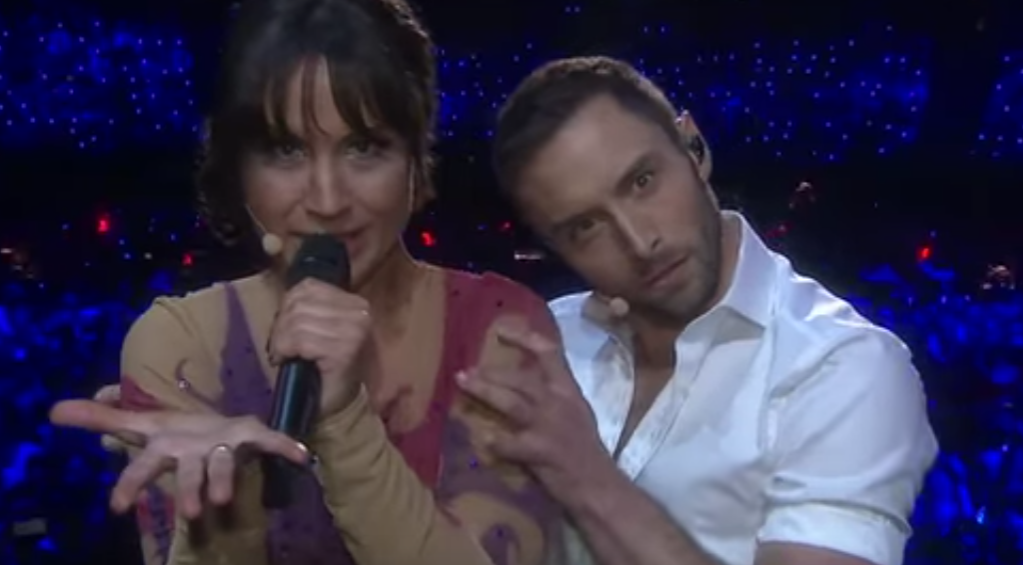 Having been a fan of Petra Mede from Sweden’s Melodifestivalen, I was so pleased when she got to host Eurovision in 2013, and then in 2016, she co-hosted with Måns Zelmerlöw, the previous year’s winner. Together, they were awesome in the half-time act which (in a loving way) took the piss out of Eurovision, by explaining “the secret” to writing a winning song. It’s the same crew responsible for a bunch of these show numbers Petra has become famous for. As with yesterday’s number, it helps if you know a bit about the contest, but it’s not entirely necessary. It’s great fun.