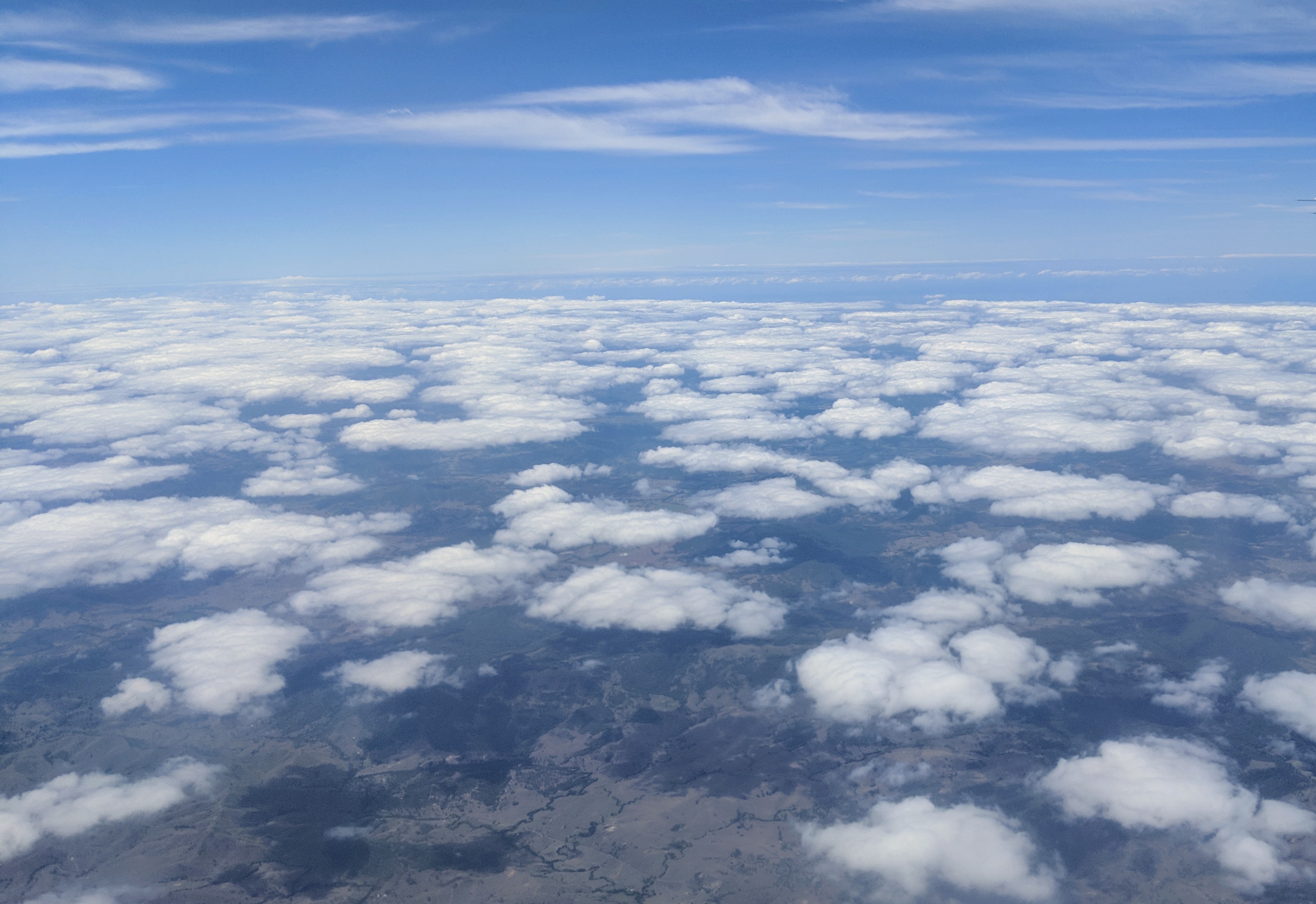 Back in the day, one of the oddest things about flying in and out of Lismore was the stop-off in nearby Casino. Literally half-an-hour away by road, and eight minutes by plane, the aircraft would take off from Lismore, head towards “Parrot’s Nest” a location half way there, and immediately begin the descent. Passengers from Lismore would silently grumble to themselves as one or two people usually joined the flight, before we recommenced our journey to Sydney. I’m pretty sure Casino Airport (or more precisely aerodrome) is closed these days.

That’s probably why there was a twenty minute stop-off in Grafton, as I made my way this morning back to Sydney. Even without the stop-off in Casino, the journey between Sydney and Lismore still had its complications. As I got off the plane for a bit of fresh air at Grafton Airport, I overheard the incredulity of a passenger and his family, when he reported he had flown from Sydney to Grafton via Lismore, a north-bound destination. So obviously Sydney-Lismore-Grafton is one big loop.

“I can’t remember the last time I flew in and out of Lismore ”, I said to Michelle, as we drove this morning to Lismore Airport. For the most part I fly in to Ballina (it’s cheaper, due to greater competition), and my family picks me up from there.

But this week’s trip also involved a couple of days working on the Gold Coast, and a couple of bus trips between Coolangatta and Lismore, as well as today’s trip back via Grafton. The bus trip from Coolangatta Airport to Lismore took about two and a half hours, and was very pleasant. Most people got off at Byron Bay and Ballina, and since I was the only person travelling to Lismore, the driver offered to drop me off at home. “It’s the first house past the roundabout”, I told him. How good is that?

Two days with work on the Gold Coast were both productive and enjoyable. Although there wasn’t much time for sight-seeing, I still found time to pop down to the beach, and enjoy a little of the nightlife of Surfer’s Paradise.

It was awesome to spend a couple of days with my family in Lismore. I had work to do during the daytime (working at home on Thursday and a few hours in the office on Friday), but the nights were free to enjoy.

I caught up with some long-time friends from different parts of my life (school and work) who knew each other through Facebook, but had never met each other. With common interests in food, they had already made plans to meet in a couple of weeks time. So it was great to catch up with them, and to introduce them.

Though I knew her younger brothers from school, she was a fair bit older than me, and so I only knew her by name, and only recently through Facebook. Althoiugh we have the same greater-grandparents, Peter O’Brien and Lena Noonan, we were unaware of the many common relatives we have. She works as a nurse and had actually nursed my aunty and two cousins (on the female side of my family). She lives not far from one of my cousins, and so I suggested next time you see him, “tell him you’re an O’Brien”, and the connections will flow.

Closer to home, my family seems to be going okay, despite some set-backs last year. Pat had a knee operation, and is stumbling around the house a bit. There was lots of talk about illness and funerals! But there was also lots of talk about the younger generation coming through, with kids starting pre-school and primary school, and another nephew now finding himself in Year 9. “He’s not in Year 9, is he?”, I said to Michelle. It seems like only yesterday when he was a baby.

I also told my family of my plans to return home in retirement. Though I’ve ummed and ahhhed about it over the years, I think I’ve finally concluded Lismore is where I want to spend my retirement. “There’s some good nursing homes around”, some younger family members told me. “I’m not that bloody old yet”, I replied.

“And where will you live?”, I was asked. “I won’t be living on the flood plain”, I told them, “It’ll be somewhere on the hill, so you can move in, and bring the cars over when it floods”, I added.