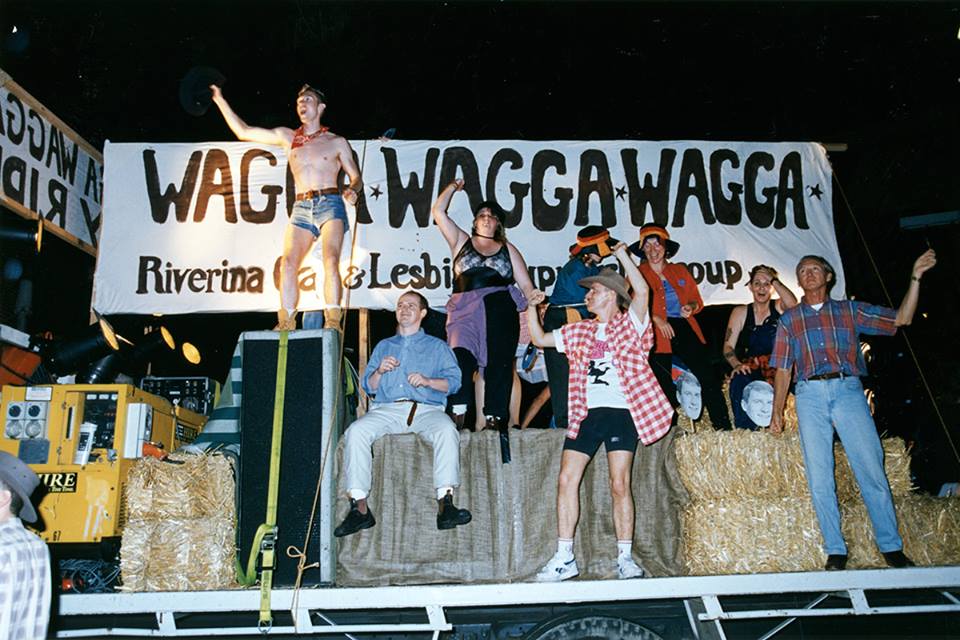 “You’ve got a big weekend coming up?”, a number of people at work asked me this week. “Are you planning a big outrageous night”, Maggie, the bar manager at my local pub, asked me earlier tonight.

Although I’ll often pop up the road for a look at the start of the Sydney Gay and Lesbian Mardi Gras parade, I’m not good with crowds, these days. In stark contrast to twenty-five years ago when I took part in my first ever parade, I’m much more likely to watch it online these days.

And in contrast to twenty five years ago when I might have partied all night, I’m happy to spend Saturday night watching a bit of catch-up TV and writing this blog post.

The apartment block in which I live has changed too. Twenty years ago, full of young people, virtually every apartment was having a party. These days, the block is full of fifty year olds, and young families. There was a party last night in the apartment above which went on until the early hours of the morning. Finally, at 3am, I knocked on their door, and said “Happy Mardi Gras, but hey, I live downstairs. Can you keep it down a bit?”. Quickly, they obliged.

At 3am, the party upstairs was competing in the noise stakes with construction on the light rail.

Though it will be great when we finally have the light rail in place, it feels like the construction work will never end. There’s also another big apartment block being built nearby. Every day is an adventure, as I try to work out which side of the street to walk on.

I spent some time today re-visiting a project which originated in an dinner-time discussion with a friend about the way in which Surry Hills had been “divided” by the light rail construction. Though previously a fairly “cohesive” suburb, Devonshire Street has become a dividing marker. That discussion led to the establishment of a local story-telling project called Surry Hills and Valleys. https://surryhillsandvalleys.com/

My friend, https://karinakreminski.com.au/ is also very interested in spirituality in an urban context. And her work in this space will soon be the subject of an upcoming episode of the ABC TV religious program, “Compass”. I may make a guest appearance also! Today, there was some filming at the Surry Hills library to support the segment. That was a fun thing to be part of, though, as someone who has primarily worked with the informality of radio, it always makes me smile to be involved in a film shoot, which is much more “formal”.