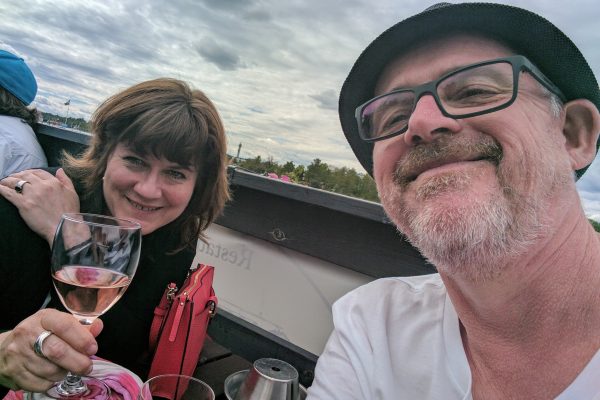 I’m a little bit sad tonight, having received the news earlier today of the death of my friend, Sandra. Her husband, Robert, sent me a message to say she had been ill for only a little while, but that she had died suddenly and unexpectedly.

I’m writing about her here, because our friendship began almost exactly ten years ago through our blogs.

Over the years, we corresponded and would catch up regularly when she visited Australia and I visited Sweden. I have many fond memories of chatting with them both. She was also an awesome host for friends from Australia visiting Stockholm, and I’ve been in touch with Andrea, Graeme, Sue and Anthony today, to tell them the news.

Though it was through our blogs that we met, she hasn’t been blogging so much lately, preferring Instagram and Facebook. It’s perhaps ironic (or something or whatever) that her final post was about her dad being in intensive care, ahead of his his own death, and the post was entitled “Life changes, just like that”.

Ain’t that the truth. It must be so hard for her family to have lost two people so close together. And I can’t even begin to imagine what it’s like for Robert. Much love to anyone who ever knew her.