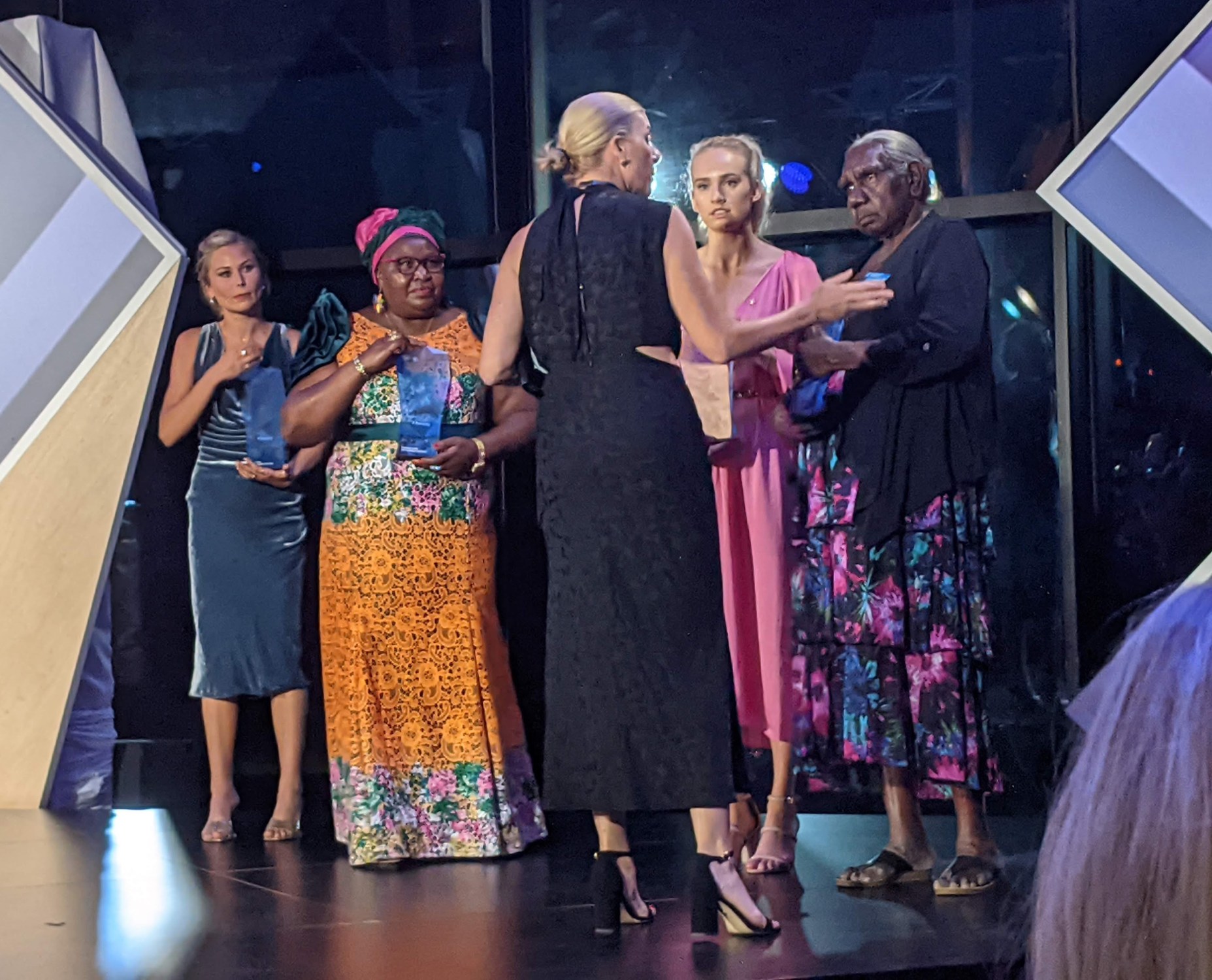 Australian Of The Year

“I’m sorry sir, but I need you to move to another table”, one of the attendants said to the older man who was seated at our table. We had just spent a good fifteen to twenty minutes chatting with him about his life’s work. He obviously went into much greater detail than I can describe here, but he’s spent the last few years doing research around plants which use a lot less watwer than others. His research has so many implications for Australia, and many other “dry” countries around the world. He was fascinating to chat to, even if at times, he used words and phrases that I really had to think about. In 2018, Graham Farquhar was named “Senior Australian Of The Year”. He checked his app, and indeed he was sitting at the wrong table. He was supposed to be on Table 34, not 43 where we were.

Moving to the “correct table” was an obvious outcome, as he was replaced by one of the finalists for “Young Australian Of The Year”. We were then joined by two brothers. Daniel and William Clarke who have been campaigning to save orangutans. One of them has disability, and is in a wheel chair, and so the “access” issues were also pretty evident. We chatted for a while to Daniel and his girlfriend. We connected and chatted about our joint connection with Brisbane, and hopefully we helped allay some of his nervousness about the night’s activities. “I’ve been on some of the state judging panels and it’s often so incredibly close to pick the winner from the finalists. You’ve made it to the final eight from hundreds around Australia, and that’s amazing”, I told him.

In the end, they weren’t the recipients. That award went to a young woman from South Australia, Isobel Marshall, who has been campaigning against “period poverty”. That is, the inability of many women around the world to afford sanitary products, or they lived in a place of the world where menstruation is seen as shameful. We’d gotten to know her (and her partner) over lunch, and we really enjoyed their company. They were at the next table for the announcement, and it was wonderful to see the joy both of them felt when her name was called out.

At lunch, we had enjoyed a terrific conversation reflecting on the night before at Government House where the Governor-General had spoken about their achievements. And where the wife of the Governor-General, Linda, had led us all in song. “It’s her thing”, we were told by a colleague based in Canberra. She has a great interest in music, and regularly asks people to join her in some communal singing. What an experience!

Of all the things I’m involved in at work, “Australian Of The Year” is my favourite. For the reasons above, they allow me to meet some truly awesome people.