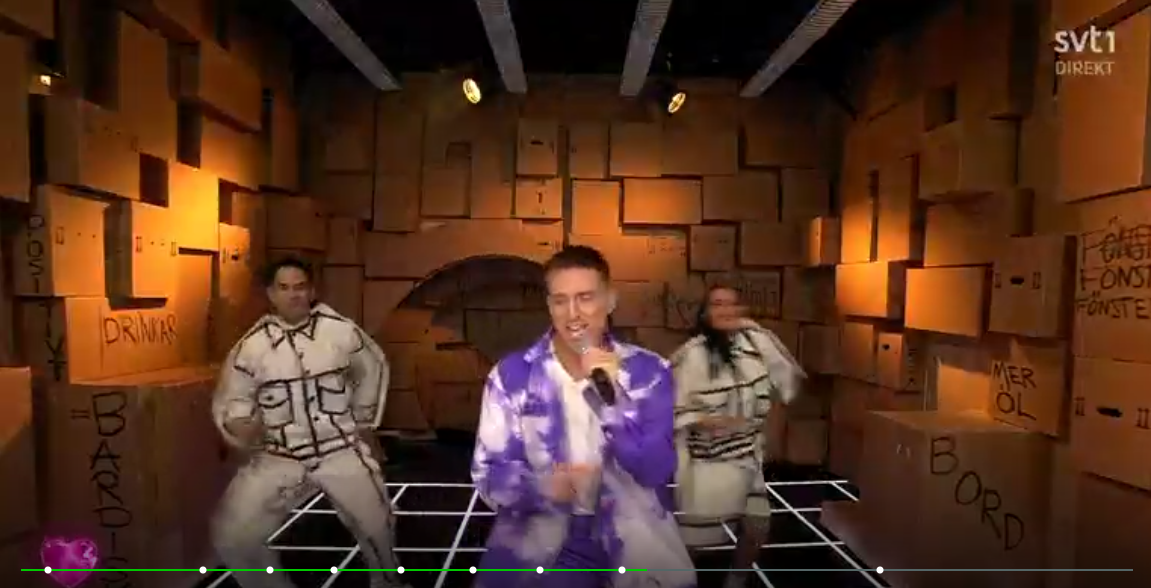 If I had to choose one song or performance from the first heat of this year’s Swedish path to Eurovision (Melodifestivalen) to go straight through, it would be that of Lena Philipsson.

Lena was co-host for the first heat of this year’s Melodifestivalen, where she performed a couple of her own songs, including her current single, the title of which translates, roughly, “You learn throughout your life”.

Sadly, she won’t be representing Sweden at Eurovision this year. Based on current social media speculation, that honour will probably go to Danny Saucedo, or the twice-previous Eurovision entrant, Erica Saade (“Manboy” and “Popular”). We’ve yet to see Eric’s performance, but Danny did a pretty good job. I can’t help but feel it’s “Danny’s Turn”.

In the first heat, I also really liked “Tänker inte alls gå hem” by Arvingarna. It was a very catchy old-style singalong song entered by the band which had previously won Melodifestivalen (and therefore represented Sweden at Eurovision) with “Eloise”.

All of the songs in the first heat were pretty good, though I didn’t think there was anything that was a standout. The selection process for the contest, these days, seems to weed out the truly awful. But it’s also been a few years since there have been any instantly obvious Eurovision winners either. It’s almost a decade since Loreen won with “Euphoria” and a number of years, too, since Måns Zelmerlöw won with “Heroes”.

If you want to take a look at Heat 1, it’s available on the SVT website, along with an archive of previous Swedish finals for Eurovision.

A warning: they’ve inserted some low level “applause” during the early parts of the broadcast, despite the fact there was no audience.

In the lead up to this year’s Eurovision Song Contest, it seems like most countries are choosing to simply re-enter “last year’s song”. Sweden, however, has chosen to select a new song. This is probably a good strategy. How many years will the pandemic go on for? How many times can you send through the same song?

With the cancellation of the contest last year, there was no “official winner”.