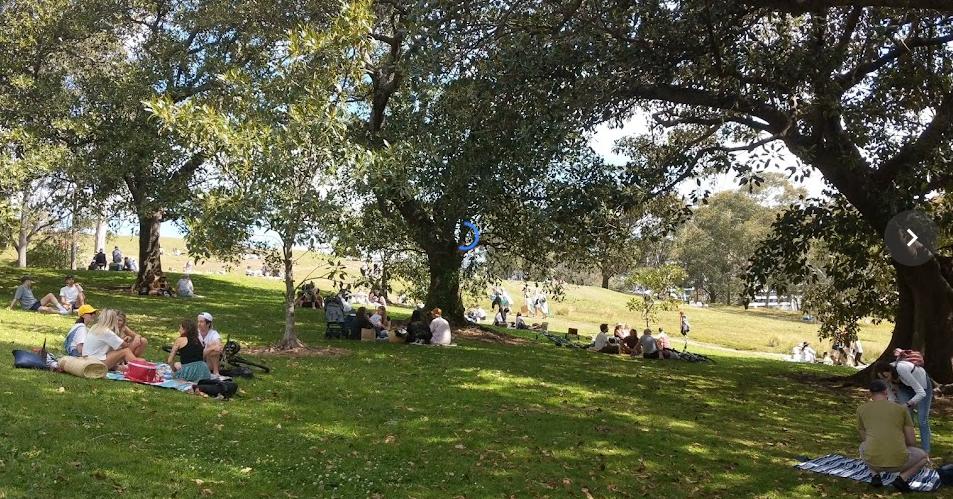 “You timed that well”, came the message from a colleague late this afternoon. There were several others, too, referencing the news that Lismore has gone back into lockdown. “Yes, I KNEW Lismore was going to head back into lockdown. Too close to the anti-vaxxers”, I replied. Hopefully it will only be for only a week, and Lismore will return to “normal”, along with Sydney next Monday, October 11.

“I know this sounds very ‘hippy’”, I’ve said to a some friends this weekend, “But I think COVID is the earth giving us all a message to do something about climate change, and generally lead a more simple life”. Of the small sample of four (two couples), there was no disagreement. Even though there have been some very negative things about the last eighteen months, at least it’s meant people have slowed down a little. They haven’t been able to spend more time with friends and family, but hopefully these times have allowed people to be more thoughtful about them, and about the simpler things in life. Like picnics!

“I don’t think I’ve ever seen so many people in this park, let alone people having a picnic”, I said to a couple of friends yesterday. We’re still not out of lockdown yet, but we are allowed to catch up with friends in public places, like parks. So that’s exactly what half of Sydney seems to have done this weekend.

It was the first time I’ve seen them since June, and the first time I’d seen one of them, since he had been previously living in Canberra. We embarked on a mid-morning walk around Surry Hills and Darlinghurst, taking into the various sites, and discovering new places. My friends moved from Canberra to Sydney earlier this year, and though one had previously lived here, he noted “Sydney has changed dramatically. It’s a much better place than when I lived here in the 80s”, he said.

And that’s when it was time for a picnic lunch. Well, not so much a picnic in the sense of having brought prepared food with us; we popped in and bought some very, very tasty chicken burgers, and found ourselves a spot in a nearby park, next to the Surry Hills police station, along with a couple of hundred others.

“I read the other day some of the native fauna has been really struggling with the lockdown”, one of my friends commented. “There’s just not enough waste food around the place”, he added. It was then a lone white ibis (known in Sydney as bin chickens) came close to us. There were a few lettuce scraps in my cardboard lunchbox container, which the ibis must have smelled even though the box was closed. Using its pointy beak, it was able to reach into the closed box and and pick out the small pieces of food. After a while, we decided to open up the box to allow for greater access.

Those “picnics” and catching up with friends were a lovely way to spend the weekend. And there’s a whole day left, with the Labour Day Holiday tomorrow.

Aside from those activities, I’ve listened to a fair bit of music and watched some television.

Last night I watched a film about the life of Robert Mapplethorpe. Interestingly, I discovered I’ve been mispronouncing his name for at least forty years. It’s “maple” not “mapple” apparently. I also hadn’t realised that he was once in a relationship with Patti Smith, or that his brother was also a photographer. Or that he was a complete arsehole! The film portrays him as as very flawed individual. “Despite his obvious talents, he didn’t have to be so awful to other people, or to be so manipulative of other people”, I thought to myself as I watched the film. The portrayal by Matt Smith (aka Dr Who and Prince Philip in “The Crown”) was, nonetheless very good.