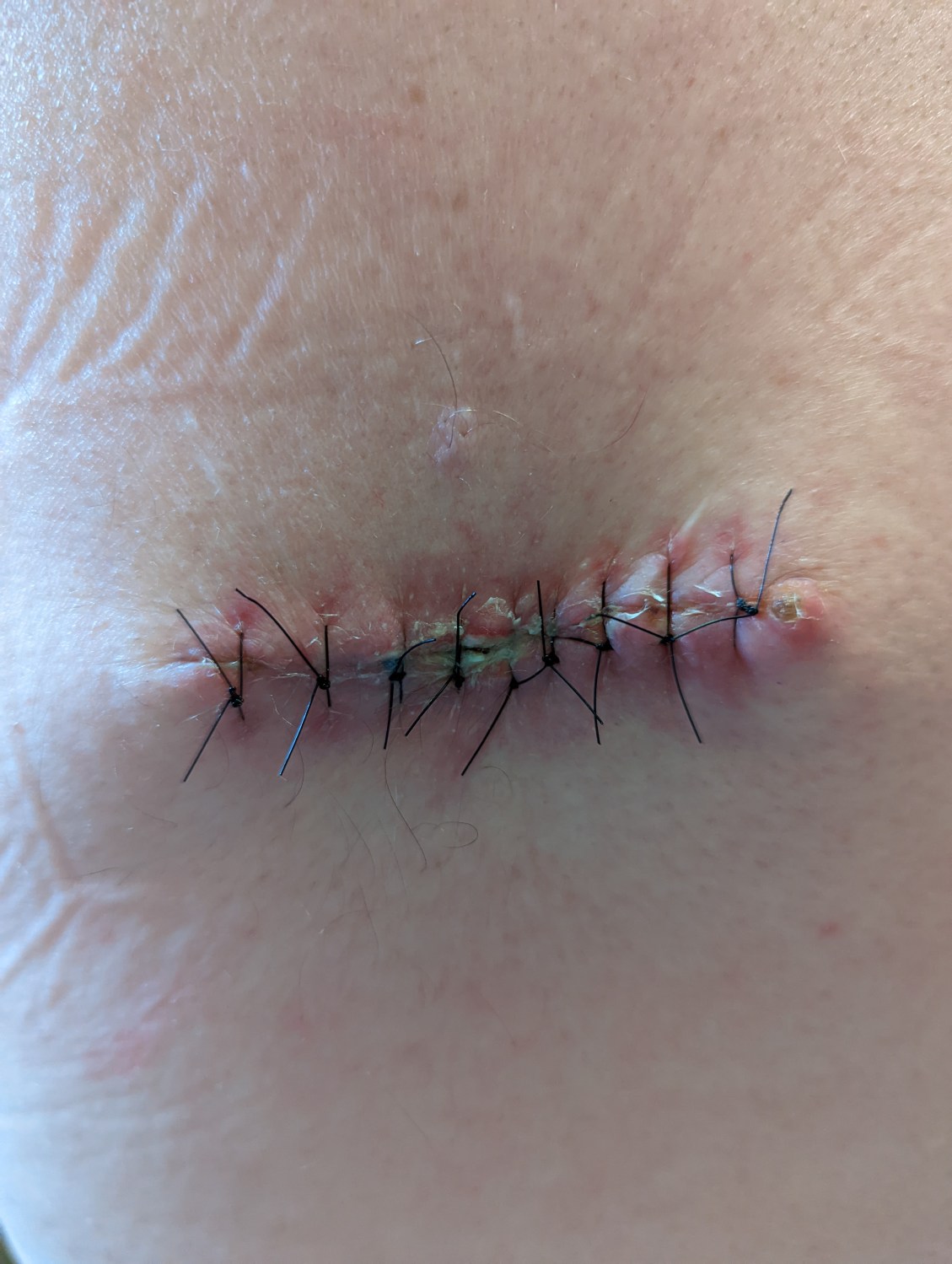 “I’m sorry for the delay. I’m just on hold for the Guardianship Board. I hope you don’t mind if I take the call when it comes through” my surgeon said to me, as I found myself flat down on the consulting room table.

“It’s not a problem”, I told him, quickly recognising the removal of my stitches was probably far less important than something which required a conversation with the Guardianship Board.

Nonetheless, the stitches (from my operation before Christmas) have been driving me crazy. For a while, the wound itched, and for a while, it oozed clear liquid. Both of these are signs the wound was healing, Dr Google told me, as well as Michelle. I’ve learned so much about stitches and operations in the last few weeks!

These stitches were in the middle of my back, so not easily reached. Though earlier in the piece, Michelle had been dressing the wound, I think I have been doing a reasonable job of applying daily bandages.

Stitch by stitch, the doctor/surgeon removed them, though he was also keeping a close ear on the “on hold” music. Hours later, I can still hear the “clipping sound” of the knife he used.

“The stitches aren’t really working anymore”, he told me, adding I would need to continue to dress the wound daily, returning in a couple of weeks. My heart sunk. But maybe not as much as if I had a condition that required a discussion with the Guardianship Board. The call came through just as he finished up on my stitches. Nice timing.