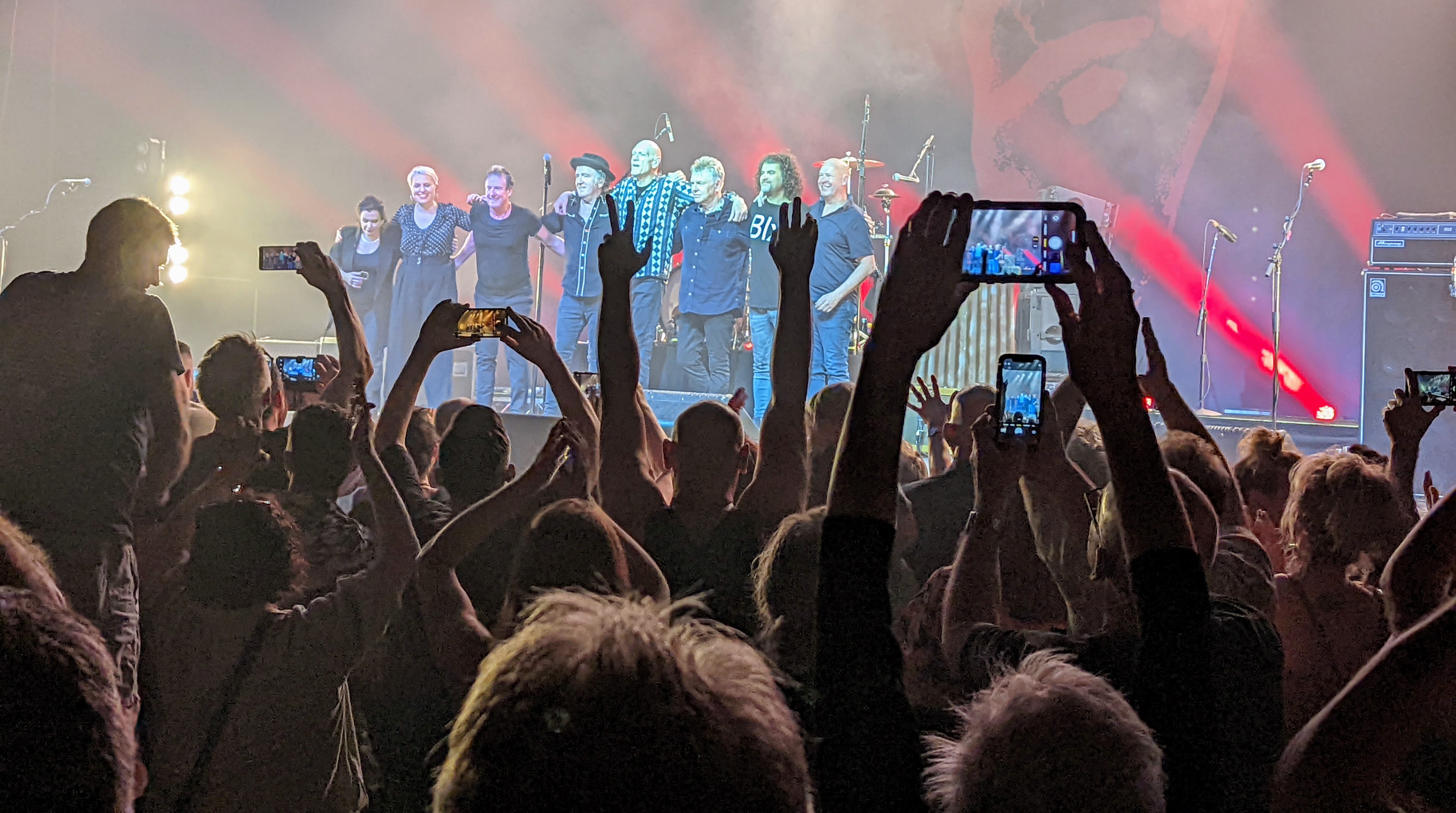 Although a lot has been written about the serious political content of their lyrics, I’ve always been far more moved by their melodies and beats.

Songs like “Power & The Passion” and “When The Generals Talk” appealed more to my “dance sensibilities” than most of their 1980s Australian rock contemporaries.

The lyrics of Midnight Oil songs are important, but it was the fact their choruses were easy to sing along to, and easy to dance to that has always appealed to me. I mean, what’s the point of having a message if you don’t easily communicate that to the audience?

Last night was the first time I’ve ever seen them perform a whole gig, and I was really impressed. Peter Garrett has a much stronger voice in concert than I’d anticipated. And even though his “dance moves” are perhaps a little slower / less frenetic than in his youth; aged 69, he still had a wonderful onstage presence. And I think I have developed a bit of a crush on Rob Hirst, as an energetic and passionate drummer.

Much of the earlier parts of the gig featured some of their newer works. I’ve heard a few of them on the radio, but there were a couple of songs they did from their album, “The Makarrata Project” that sounded appealing. I think I’ll investigate them further.

But it was their older, big chart hits like “Beds Are Burning”, “Power & The Passion” and “Short Memory” that got the strongest response. Great singalong tunes with meaningful lyrics.

Though it was a “seated gig”, and the security guards tried to keep people in their seats, they eventually gave up, as the crowd got into the rhythm of things.

The crowd was a mixture of ages from the young couple in front of us for whom it seemed more like a “date” than a gig, to the 60-somethings who remember them from their youth. Peter Garrett called out the people who’ve “stuck with us through the years”.

There was a laugh-out-loud moment for me as I stood near the merchandise store, and saw a 60-something woman holding up a t-shirt on the chest of a 60-something man. “No, I think you’ll need a larger size Midnight Oil t-shirt this time around”, I overheard her say. Hey, ain’t that the truth?

During the show, Peter Garrett spoke passionately about the band’s ongoing, life-changing “connection” to the top end.