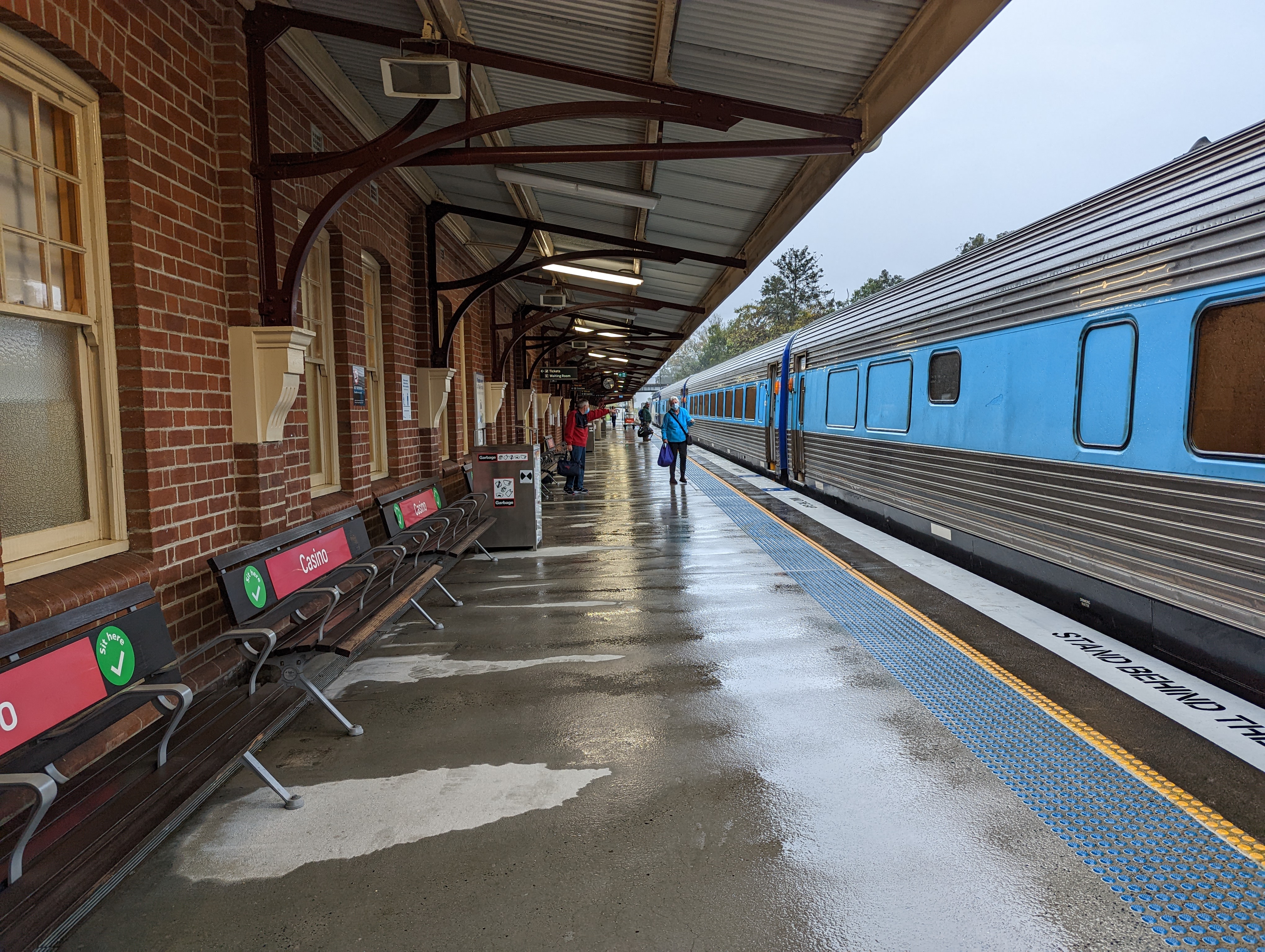 The last time I caught the XPT was probably in the mid-1980s. The XPT, by the way, is the “express train” between Brisbane and Sydney. And when I say “express train”, I don’t mean Chinese style/speed trains. It’s more “leisurely”, taking around 14-15 hours for roughly 900km.

When I was a child, we lived only about 100m from the railway line, and it was a regular thing for me to go out and wave to the passengers on the trains that came through daily.

I would often go out with my brother-in-law (who worked for the railways) on the “tryke” used for railway track inspections. And we would also often travel to Casino on a Sunday night, as another family member used to depart from there for weekly trips away, working on the railways.

Though I have been on some lengthy train journeys around the world – in Europe and Asia – the convenience, cost and timing of flights mean that I haven’t really caught many lengthy train trips since I was a child / young adult.

But faced with the “travel dilemma” of getting from Darwin to Lismore (Lismore no longer has an airport with commercial flights), I concluded the best/easiest way for me was this : to catch a flight from Darwin to Brisbane, where I stayed overnight, and then to catch the train from Brisbane to Lismore.

The train departed Roma Street at 5.55am, and, after stopping briefly at Kyogle, arrived at Casino at 8.25am. After a fifteen-minute wait, the transport bus to Lismore departed, delivering me home to South Lismore by about 9.05am.

By contrast, driving between Central Brisbane and South Lismore would take as much time, though possibly longer when you take into account traffic in the city, and road works along the way. “It could take you three and a half hours”, a friend noted earlier today.

Normally I would fly from Sydney to Ballina, and then family members would pick me up. However, after such a convenient and relaxing trip ($41 in First Class, Adult full-fare), I’m quite open to the idea of flying from Sydney to Brisbane, staying overnight, and then catching the train down to Lismore much more often. Sure, it’s more expensive and would take longer, but it was really very lovely, also.