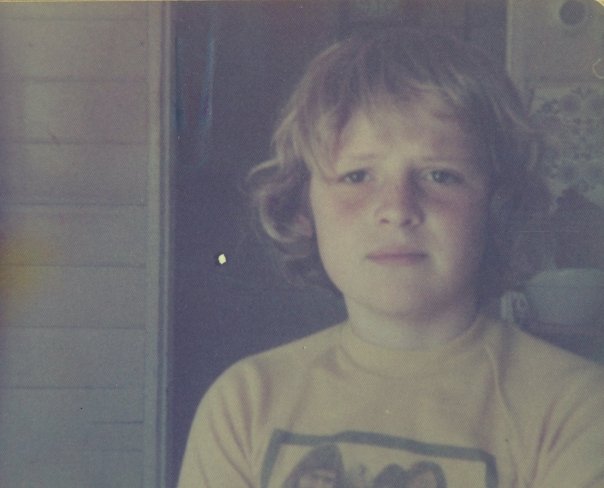 An ABBA Fan in Sweden

Since I arrived in Sweden, this is my first real chance to sit down and write about my trip from an ABBA fan’s perspective. Coming from Australia, it’s a long way to Europe, and it costs a lot of money. But the Australian dollar is reasonably strong at the moment. And it’s summer in Sweden. What could be more perfect?

As soon as I arrived at Stockholm airport, ABBA was everywhere. I didn’t quite comprehend before this trip the significance of arriving at the airport and seeing them in their 1979 costumes, as part of a group of celebrities welcoming people to Stockholm. I got a little bit teary, actually. And then when I went for a walk around Gamla stan later that same night, I heard their music again, being played in bars and clubs. Later, back in my hotel room I turned on the radio/tv, and there was Ratata/Frida playing as well. And in the 7/11 store, all three newspapers had ABBA on the front page. I’d actually known they were front page of one as there were some newspapers on the flight from Munich to Stockholm, and I desperately tried to peer over someone’s shoulder as they read the articles.

Over the first few days as I’ve walked around Stockholm, there were so many reminders. Walking around Gamla Stan near the chocolate house where those famous shots in fur coats were taken. Going to Skansen and Grona lund, and there they were again. And then on a boat trip past Djurgarden, we were told one of the members of ABBA lived in a nearby house (which they pointed out). I assumed it was Bjorn’s place, though I havent had time to confirm. If it’s correct, then I saw him jogging along the river bank going past our cruise. Well it was a man with a beard, a Bjorn-like face, and with a black beanie pulled down over much of his head and track suit. He was keeping good pace with the boat by the way. Even if it wasn’t it was someone who looked like him. And then walking around Skeppsholmen and recognising the Mono Music building and going up for a look. I didn’t go looking for these things, they just kinda appeared before my eyes. Or maybe subconsciously I was looking for them. I don’t know.

Watching television and listening to the radio, I’m seeing all the artists I’ve previously only listened to or watched through downloads. I loved going to Allsang pa Skansen last Tuesday. And then yesterday at the iron ore mine at Kiruna, we watched some company propaganda which was produced by Anders Hanser Produktion AB. All of these things I’ve known about for years just keep turning up before my eyes.

And then of course going to Narvik. What an experience, especially going to the war museum. I didn’t make it to Ballangen, unfortunately, due to a scheduling fuck up on my part. But that’s okay. I thought Narvik was a terrific place, very beautiful and I had a really great time there. As an ABBA fan I also got a bit of an insight into the place. It was amazing to see the photographs at the war museum to see how badly damaged the town was due to the bombin g. I stayed in a guest house that was next to the German HQ during the war years, and slept in what was the mess hall for senior officers. As a town, it remains solidly working class. From time to time, I imagined what it might have been like for Frida had she grown up there and not achieved success. Pure fantasy of course. But I did see some of her distinctive facial features in many of the locals. We had a tour bus guide for example who could easily have been a relative, with the same red hair, slightly crooked nose, and dark summer tan. Bizarre!

I also didn’t make it to the Mamma Mia premiere, but that’s okay too. This trip was planned and booked months before the announcement about the Stockholm premiere of Mamma Mia. I tried to change my booking, but I had booked a non-flexible ticket. In the end, it didn’t seem worth the effort. And while it would have been nice to be there on the Friday night, at the end of the day it didn’t matter. And besides on the Sunday morning, I met the very lovely Marco Dirven who reminds me so much of a work colleague. Like he REALLY looks like him. Marco told me everything that happened on the Friday night and that was enough for me. His enthusiasm and excitement were infectious. And then last night I met a guy in a bar. When he asked where I was from and why I was here, he said, “You’re also an ABBA fan, aren’t you? All the Australians who come here love ABBA. But you Australians abandoned ABBA after Voulez Vous”. Anyway, he’s a big ABBA fan too, and began to tell me lots of things he thought I wouldn’t know. Finally, I said, “Actually I know more about ABBA than I should”. He also thought it was very funny that some of us in Australia watch Melodifestivalen.

This trip is partly about ABBA, but it’s mostly about me. It’s one of those mid life things you’ve just gotta do, I guess. I feel incredibly happy at the moment, and friends have commented from the photographs I’ve blogged that I also look really healthy. I’ve only been on the road for 10 days, and I have 90 left. Before I know it, I’ll be counting down the days until I return home. I’m spending the first month or so in Scandinavia and then I’m making my way towards France for the first two weeks of September to hang out with David. In between, I’m not sure what I’m doing. Life’s great adventure, and all that.