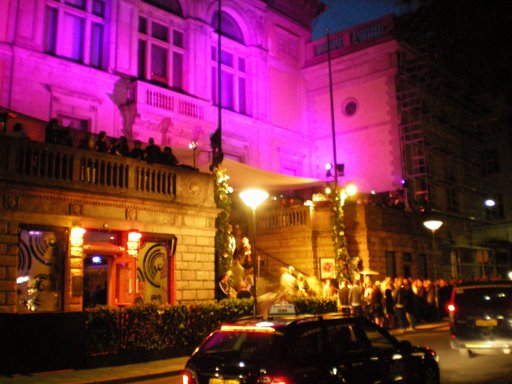 When I first mentioned to people at work I was coming to Sweden most of them instantly dismissed it as “the big ABBA trip”. A lot of ABBA fans did too, assuming I’d be spending most of my time hanging out waiting for a sighting of the famous four. Some fans have been known to camp on Agnetha’s property, citing the Swedish law which allows people to do this so long as they’re not too close to the house. Other fans have been known to have stolen Agnetha’s mailbox, and one to have allegedly broken into Bjorn’s car to obtain some rare recordings. I’m not one of those fans. At the premiere of “Mamma Mia” in Melbourne I had to be literally pushed up to meet Bjorn. I think a lot of that stuff is just an invasion of privacy I don’t want to be part of. It’s just not me, never has been. I’m your garden variety ABBA fan whose interest in the group remains strong, but for whom it’s opened up a broader interest in Scandinavian culture.

And now, of course, I find myself in Stockholm at almost one o’clock in the morning. I could be out and about on the town, but to be honest I’m too bloody tired. It was a long time getting here and I’m both physically and mentally exhausted. Not that I’ve been a slouch. As soon as I booked into my hotel room, I caught the lift upstairs, dropped off by bags and walked straight into town.

It’s a lot smaller than I expected. It’s also a lot quieter than I’d imagined, with not all that many people out on the streets tonight. It is, however, overwhelmingly beautiful. The buildings, especially around the old town are wonderful. As there are no high-rises per se, the town remains low which means the water remains the focus of the inner-city area. The only negative thing so far is that I’ve almost been run over twice. Because the different road rules, cars seem to come from out of nowhere. I’ve since learned only to cross with the lights, and only when other people are around. I’m gonna head off to bed soon to get fully rested as I begin to explore the city in a less-tired manner.

Although this was never meant to be an “ABBA Holiday”, I’ve found it hard to escape them. They’re front page of each of the daily newspapers today due to the “mini reunion” which occurred last night at the premiere in Stockholm of “Mamma Mia – The Movie”. And then when I wandered into the old part of the city – Gamla Stan – their song, “Our Last Summer” was the first piece of music I heard. And then, when I came back to the motel and turned on the television, there was Frida’s solo single with the band, Ratata called, “Sa Lange vi har varann”. Unlike many other ABBA fans who come to Sweden to stalk ABBA, I feel like it’s the other way around.