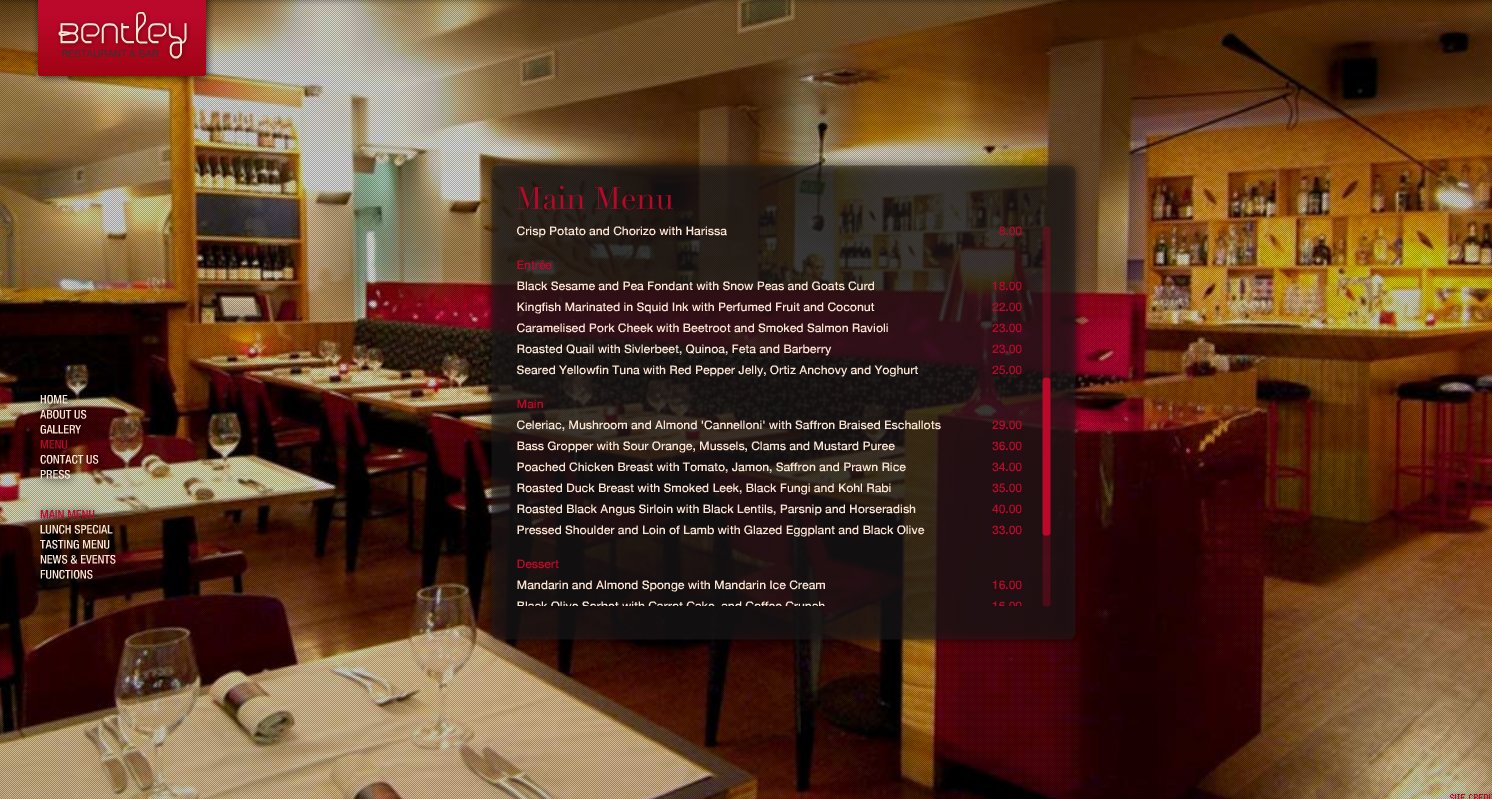 “Wanna come out for dinner?”, came the text from Damien late in the afternoon. As I’m still living on rations at the moment (after paying for Europe), I was a little reluctant at first until he added, “My shout, for your birthday…” It didn’t take much convincing then :)

After a beer at The Trinity, we walked along Crown Street towards The Bentley which Damien had booked as a special treat. We’ve been there together a few times now and it never fails to disappoint. As well as the great atmosphere (“warm buzzy”), the food is always excellent and the wine is always well-matched, thanks to their great sommelier. “I’d love to have his job” I commented to Damien at one point over dinner.

For entrees we had Caramelised Pork Cheek with Beetroot and Smoked Salmon Ravioli (J) and Seared Yellowfin Tuna with Red Pepper Jelly, Ortiz Anchovy and Yoghurt (D). The surprise element in these entrees was the intense flavours of the the beetroot (really thinly sliced) and the anchovy (strong and full, without being overly salty). We were mightily impressed and, of course, shared a little of each others.

For mains we had Pressed Shoulder and Loin of Lamb with Glazed Eggplant and Black Olive (J) and Roasted Duck Breast with Smoked Leak, Black Fungi and Kohl Rabi (F). The surprise element in these two dishes was the eggplant. I’m not a huge fan of eggplant, never really having perfected the art despite having been told many times how to do it, but I litterally gulped the eggplant down. “You’ve got to try the eggplant. It’s fantastic”, I said.

To accompany, we enjoyed a French pinot.

The portions were well-sized and, unlike some restaurants, I’ve never gone away from The Bentley still feeling hungry. In fact, as much as I love my puddings, we called it quits after the main, retiring outside for a final glass of wine. A great end to a great night.