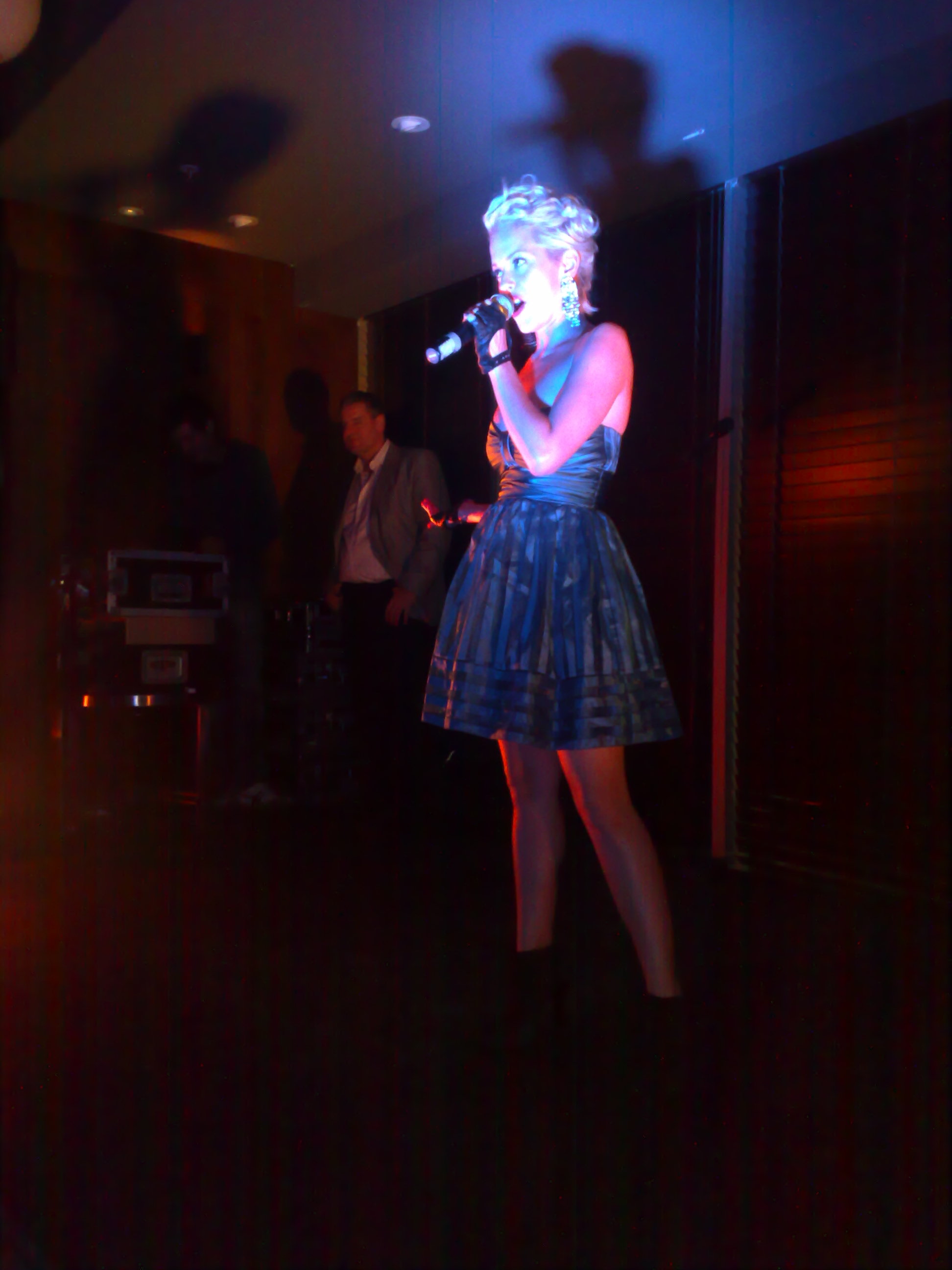 “Tack så mycket” (thanks a lot), she said, responding to someone in the audience who shouted out something in Swedish. “That’s what I love about Sydney”, she added in a delightful Swedish accent, “that people come here from everywhere”. September (aka Petra Marklund) played tonight in Sydney, and thanks to my friend Patrick I was lucky enough to be there for both the “industry” and “public” shows.

Her song “Cry For You” was one of the highlight songs of my recent European holiday. In fact, the song’s refrain “You’ll Never See Me Again” was a bit of a theme song for my holiday. Just when I thought I was doing something silly or stupid, that song would pop into my head and remind me you only live once, and “they’ll never see you again”.

I’ve been anticipating the show ever since Patrick first raised the idea with me. For a long time, details were unconfirmed. And then all of a sudden in the last forty-eight hours, it all came together.

After meeting Damien for a bite to eat in Chinatown, I rushed home to change out of my suit and put on my “Sverige” t-shirt. I figured if I was gonna be the oldest person at the gig (and I was, except for publicist Max Markson and for September’s Manager), I might as well look the part.

It also opened a few doors, such as giving me the chance to chat with someone in Swedish. I met a woman called Hannah who was born in Sweden and who maintains contact with the country. We had a great little chat in Swedish which was a load of fun, recounting stories of why we both love the country so much.

I suspect September also noticed the shirt as she looked into the audience tonight as she performed.

During the first show, she performed a simple acoustic set of about half a dozen songs.

During the later show (long overdue, almost 1 am before she took the stage), she performed her big hit, along with a few other less instantly familiar songs, along with a full backing track and dancers.

The audience responded well, though I suspect my friend Patrick was the only really hard-core fan there. It was great that he had a chance to meet her, and I snapped a really lovely photograph of them together. Sam and I like her, but Patrick was the big fan. The rest of the crowd seemed to a bunch of industry hangers-on. Still, they showed her a great deal of appreciation, which I think is terrific given the long distance she travelled to be here.

Thanks to Patrick, here’s some video from the night…

She has a terrific voice and a great stage presence.

It was a great way to spend a Friday night.