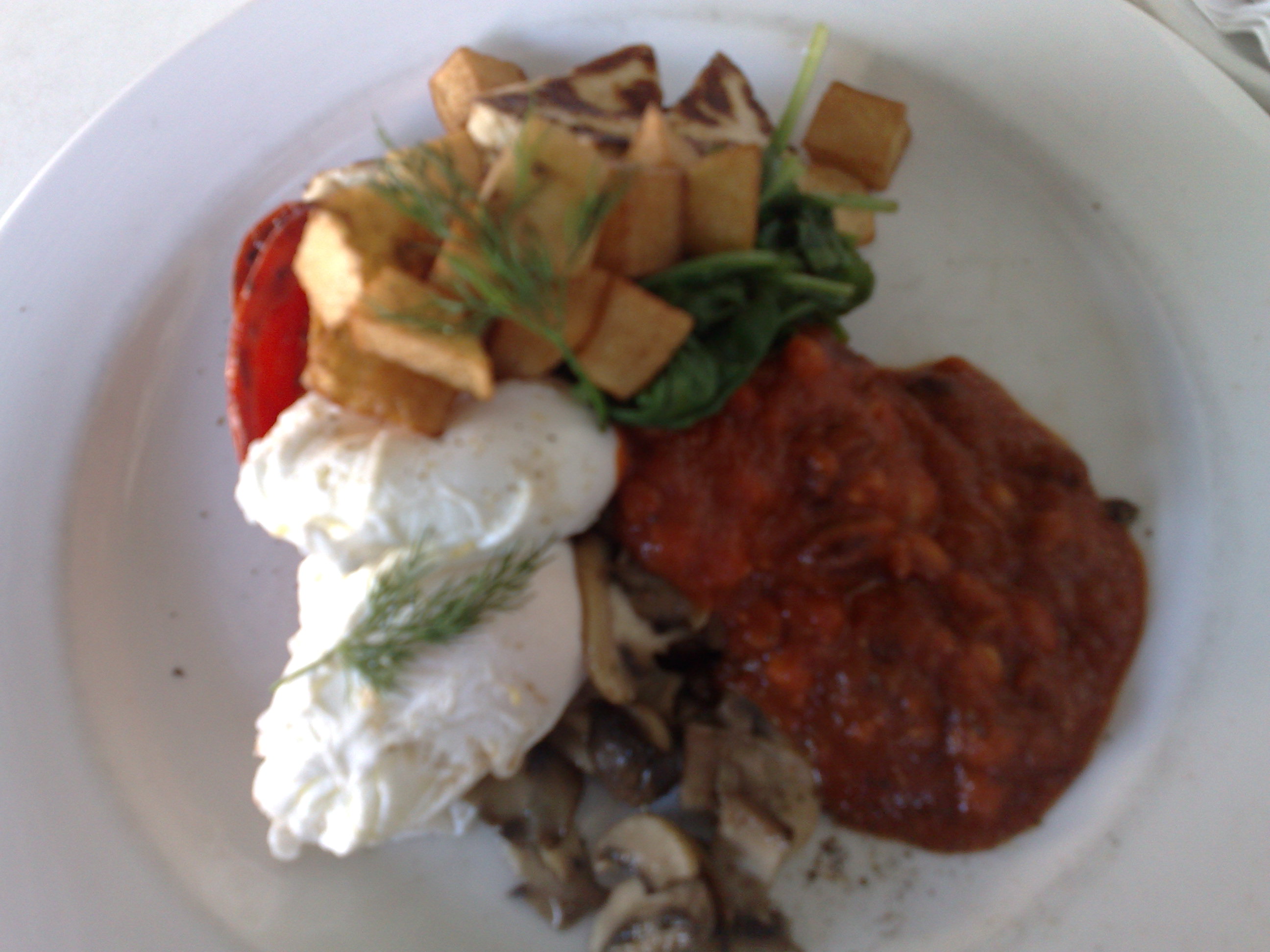 “There’s nothing quite like going out for breakfast on a weekday”, was the general consensus at our daily staff meeting today.

I mentioned to everyone that, because my friend Patrick was in town, we had taken the opportunity for a “little pleasure” and went out for breakfast at a nearby cafe. One of my colleagues noted her “local cafe” had also been packed this morning.

Someone told me the other week that in a recession, smaller womens fashion items (like lipstick) actually sell reasonably well. People decide they can’t afford the luxury items they have previously enjoyed, so they look for something small and affordable which can give them a “little pleasure”. So in the midst of the current recession, maybe going out for breakfast will become the “little pleasure” in a lot of people’s lives, replacing the larger, more expensive restaurant meal?

As you watch other people rushing off to work or in the case of Surry Hills, coming home from a nightclub, there’s something wonderfully indulgent and satisfying about tucking into a plate of food someone else as prepared. “It’s quite a different place on a weekday”, I mentioned to Patrick over breakfast this morning, noting the odd/interesting/diverse collection of people who live locally and who you see at eight o’clock on a Monday morning,

I woke surprisingly early this morning. After a late-ish night with my birthday celebrations I was wide awake at about four-thirty. I turned on the radio for a while and listened briefly to a radio presenter who, curiously enough, got a few mentions on tonight’s edition of “Media Watch”.

I managed to make it back to sleep for an hour or so, before finally getting out of bed at about 6.15 when I had a cup of tea, checked my email, and then began preparation for the day.

Although it was a “bits and pieces” kind of day, most of the day was spent working on a spreadsheet I use for rostering staff. It’s mentally quite exhausting work, and although a little bit “process”, it’s actually quite a creative (and fulfilling) experience putting together teams of people with complementary skills, experiences, temperaments and personalities. In the midst of all those cells and rows, you’re still dealing with real people which is what I love about my job.

I also went out for lunch today with a bloke who wanted some career advice. He’s an English bloke who has worked recently with some friends who has come to Australia to be with his girlfriend. In the current economic climate he’s finding it a little difficult obtaining work in the careers he would like to pursue. So I offered him my “two bobs worth” about a career in radio, and I hope it was helpful.

Apropos of nothing, I mentioned to him how wonderful it has been to ensure there’s a “lunch break” in my daily schedule. “I’ve always been a bit of a workaholic”, I told him, “but since going away for a few months earlier this year I’ve promised myself a bit of time out of the office every day. And for the most part I’ve achieved that”.

We had lunch at a nifty little Asian cafe not far from work that’s become a bit of a favourite. I’ve been there two or three times since embarking on this new regime which, to be honest I’ve found remarkably productive in a work sense.

There’s nothing like taking a break in the day for a little bit of contemplation, or for the time to gather your thoughts for one of those “difficult conversations” which sometimes need to occur.

Even though I’ve mostly used the time to read the paper (or in the case of today, chat with someone), I’ve found just a little time away from the office really helps you think a little more creatively.

Having a good lunch (without over-indulging) has often given me the energy levels I’ve needed for the afternoon, which can often be just as exhausting as the morning.

So if you’re one of those people who like me, has spent most of their working life eating lunch (usually a sandwich) in front of their computer, can I suggest you get out of the office for a while? Make the commitment and you’ll find it really makes a difference.

And maybe once in a while, treat yourself to a weekday breakfast at a cafe with a friend.