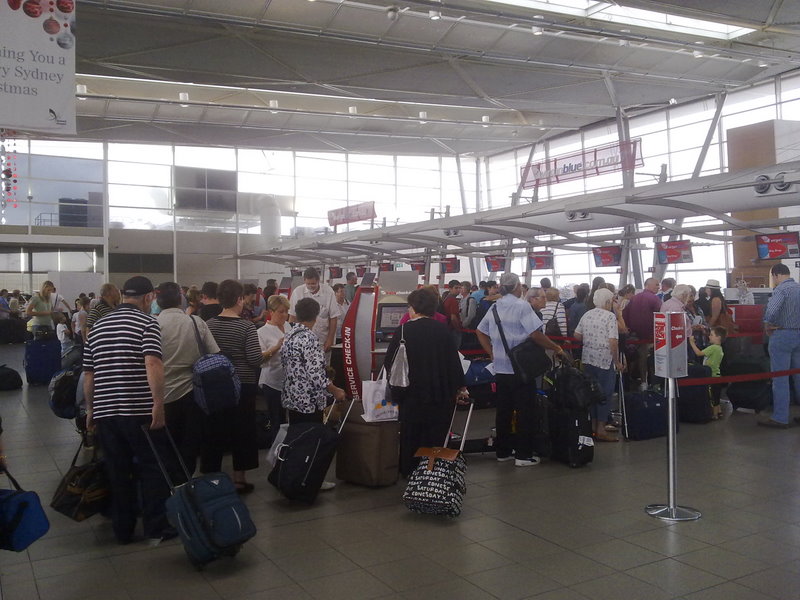 Sydney airport was absolutely packed when I left this morning. It was just as well I’d elected for the “cabin luggage only” option with Virgin Blue, as I would have been waiting ages for the drop-off I’m sure. It wasn’t a difficult choice to make though. Coming home to Lismore I usually only bring a few pieces of clothing with me, because it’s usually so hot when I come up here.

And that’s the first thing I noticed when I got off the plane at Ballina: the heat and the humidity. “So what have you done since you’ve been here?”, a friend asked me over dinner. When I told him I’d been at home with my family, and had only ventured out for a mid-afternoon trip to Lismore Square he instantly recognised why. “Ah, the air-conditioning”, he said, and he was right.

“We wouldn’t need Copenhagen if Cec didn’t do his annual Christmas Lights”, I also noted tonight to Paul and Kerry. Paul is an old school friend and Kerry his partner. We went out tonight for dinner at Lismore’s recently opened second Japanese restaurant, “Banzai”. It’s located near the old Police Station and overlooks the river. Not that you could see much tonight. But it didn’t matter, as both the food and conversation were excellent.

My family seems well. There’s the usual bunch of things which have happened lately, including my sister having an operation on her feet, my niece having a new boyfriend, and the such.

I have no major plans for the next few days except hanging out at home, though I might head off to the Farmer’s Markets on Saturday morning at the showground where Paul will be selling his cheese.