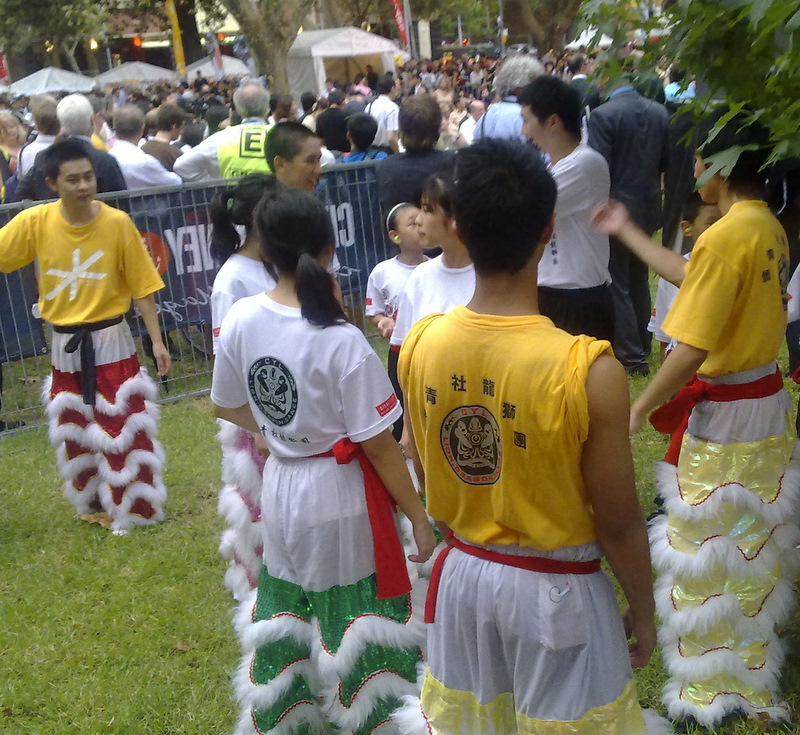 Kate and I spent much of the evening at the launch of Chinese New Years Celebrations.

Despite the rain, a crowd of about 5-10,000 people gathered in Belmore Park, opposite Central Station.

Officials from two levels of government – state and local – spoke about the importance of the festival as both specific to be Chinese community and to the broader Sydney community.

They also spoke about the size of the festival, the largest such festival outside Asia, and about the significant relationship between China and Australia and NSW, specifically.

Me? I just enjoyed wandering around enjoying the sights and the sounds.

Sounds which included some loud fireworks not far from us.

By day, Belmore Park is usually a pretty crappy park. The red lanterns in the trees, however, goes some way to transforming the park.

In the midst of it all, I did a live cross to Robbie Buck’s Evening Show on ABC Local Radio.

We ended the night with something to eat, properly, at Emperor’s Garden.