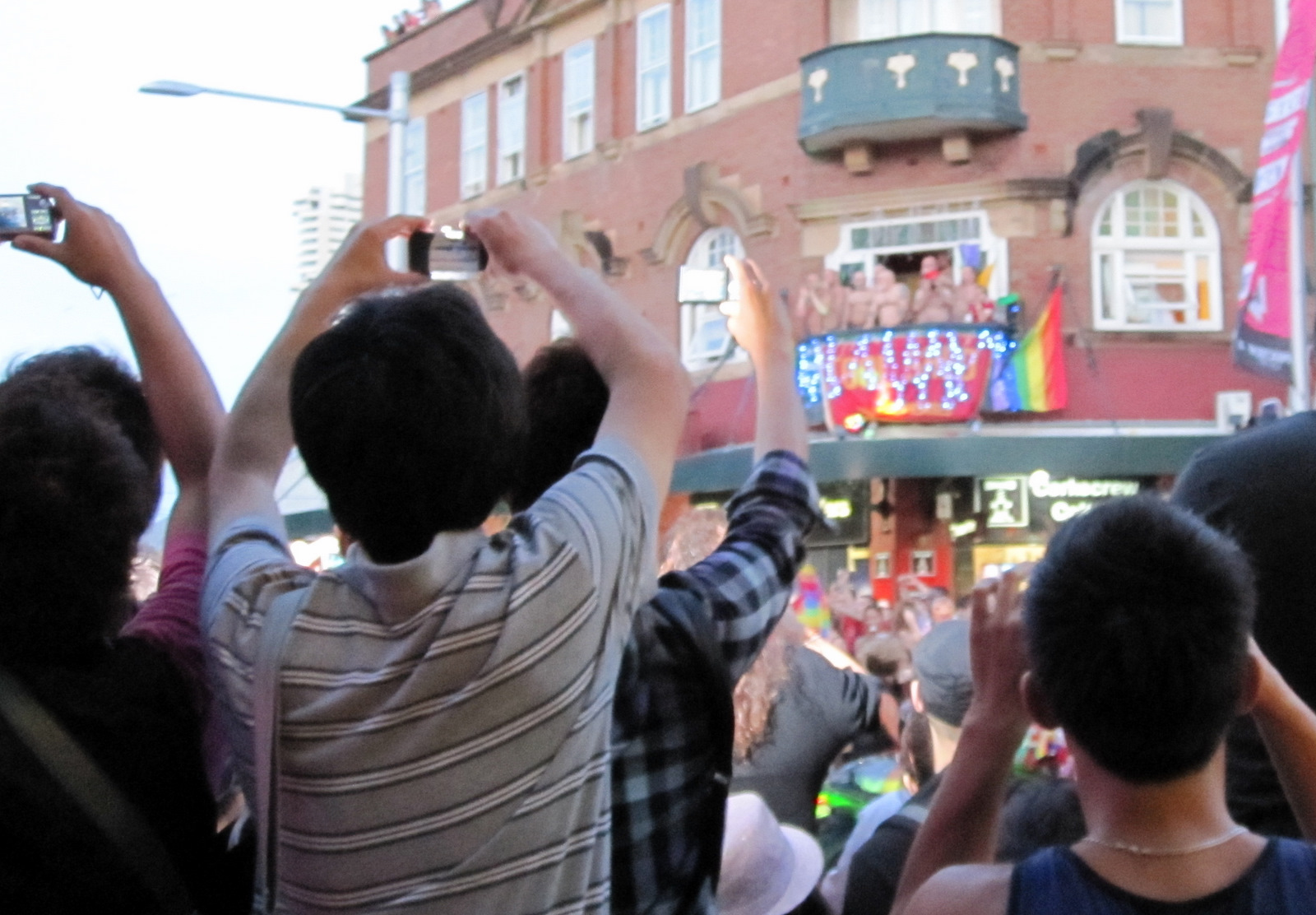 The bears in their royal box overlooking Oxford Street

Gay used to be such a lovely word. It used to mean such lovely things. But THEY have taken this lovely word, and THEY have made it into something horrible. I’m talking about teenagers, of course. I’m old enough, now, to have known three quite different meanings for the word “gay”. And I guess, reflective of my more mature status, these days, I’m not entirely comfortable with the negative use of the word by teenagers now.

That said, I got a little confused on the train coming back from the South Coast today. My carriage on the train was about half made up from teenagers aged between fourteen and seventeen, heading to Sydney for Mardi Gras. I actually overheard one young bloke use both modern variations of the word in the one sentence. Surely he could have gone one step further, I thought to myself, and say something like “We had such a gay time at Mardi Gras, we met this really great gay guy, but then it all turned gay” :) A linguists delight.

“I’m just coming because he wants to”, this same young bloke explained to the others, as he pointed to his mate sitting next to him. It was fascinating to sit and listen to them chat about their lives, the universe and everything. Oh, and tattoos! The seventeen year old with the fake ID – apparently you get them from Queensland – was planning to get one later tonight. His mother will be so pleased.

I also watched them drink fruity lexia from a collective bladder. Eeek. One of the girls looked like she was peaking a bit early, with her head lolling about like the veritable “bladder on a stick”, and we hadn’t even made Sutherland. You just know she was going to be throwing up in a back lane way within a couple of hours.

Along the way, I tweeted various bits of the conversation which I overheard. “I hope my 17 yo son isn’t part of the group”, a former colleague and twitter-buddy responded in response to my tweet about the fruity lexia. I think she was concerned about the under age drinking. I was more concerned they were drinking fruity lexia :) Have you ever tasted that stuff? Although I have an almost-teenage nephew, I don’t have any teenagers in my life at the moment, and so it was quite an insight.

I haven’t been to watch the parade for a number of years. I just don’t like the crowds anymore. But I often take a walk around the parade route before it starts, safely making it home to watch it on television (this year) or on the net (previous years).

Speaking of large. My favourite scene was the group of bears who had secured a prime position to watch the parade on Oxford Street. They seemed to all be having the time of their lives. That said, I was a little worried about the balcony supports. “How many bare bears can the balcony bear?”, I thought to myself.